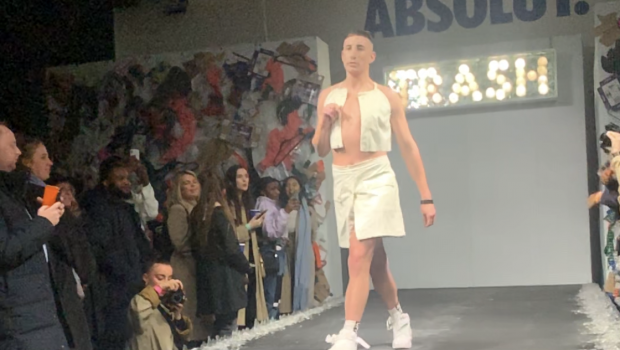 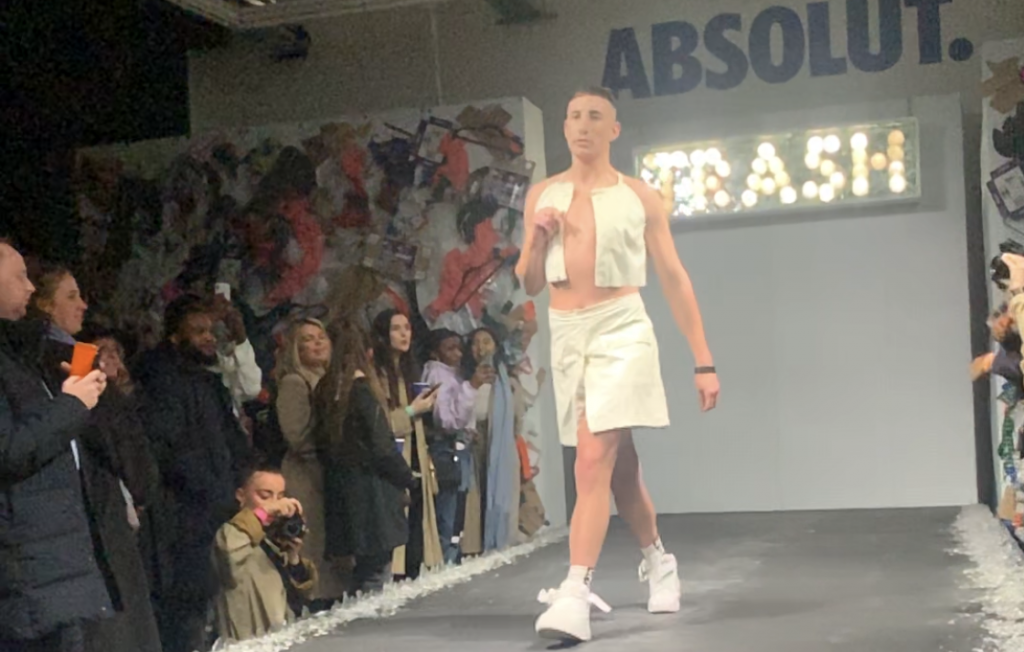 I was kinda confused by the Press Release that Absolut had sent out, I knew there was a fashion show, and a free bar, so, therefore, knew I’d be going, but it had also mentioned something about trying on the designs.

I’d assumed it was like an Insta-attraction, where you get to put the clothes on and stunt for the ‘gram, but when I arrived I realised that it was a case of mixing models and consumers walking the runway.

“You have to walk!” Lola, Absolut’s fabulous PR instructs me. It was a sustainable fashion show, with vodka poured from sustainable bottles, and reclaimed garments, but was it time to reclaim my own spontaneity?

It was all very Sex And The City (specifically that episode where they ask Carrie to be one of the “real people”) and I immediately hear her voice, I do not belong on a runway. Runways are for models, not writers.

I glanced around the room at the real models, fashionistas, and YouTubers that would be judging me; including a guy I’ve crushed on for the last few years and his ex who hates me.

But there’s something about Lola’s belief in me that makes me believe in myself. 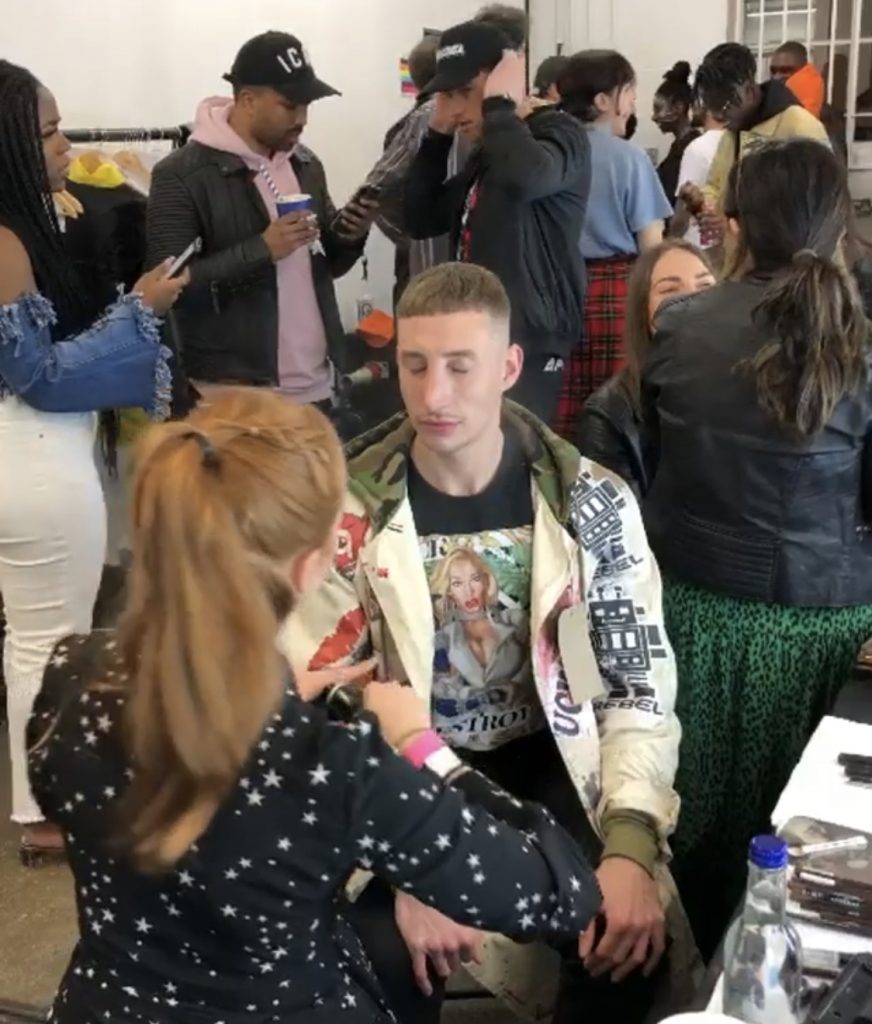 So then I’m backstage trying on designs for Urban Trenches of London, which I instantly fell in love with! I could feel myself shaking that first walk. But they did ask me to walk a second time, so it can’t have been that horrific.

As I’m backstage simultaneously drowning my nerves from the first walk and building up my confidence for the next, I’m approached by a pretty blonde girl: “I love your jumper!” (Of course, who doesn’t love a bit of Cock Destroyer merch?)

It was Sian Owens, from The Circle, also the friend of a close friend. I’d only known her through my friend’s Instagram, but having heard lots about each other we quickly got acquainted. She took me around the rails browsing for looks and pulled out a cream two-piece…

“I think that’s womens,” I stated. Without even thinking that this is 2020 and gender means, what exactly? I thought back to Brad Pitt on the cover of Rolling Stone, and tried to convince myself I could pull it off.

The outfit was Revival London, and when the designer caught me trying on the skirt she encouraged me to wear it as a model.

“I do not belong on a runway. Runways are for models, not writers”. .. “What’s the difference between strutting down a runway and the way you strut down Old Compton St?” .. “Strut? Do I strut? Am I a strutter?” Breaking stereotypes for @revivalldn @absolutuk THANKS SHOOTER!! 📸 @lodina.jpg 😜 #satc #lfw #absoluttrash #sustainablefashion @lfwthedaily

And I’m so glad I did it! I know my walk wasn’t perfect, but hey that’s why I’m not a model, and it was a fabulous opportunity that I didn’t shy away from because of other people’s opinions. And hey, if it encourages people to live and dress authentically regardless of their gender (whatever that is), then that’s just a fabulous bonus.