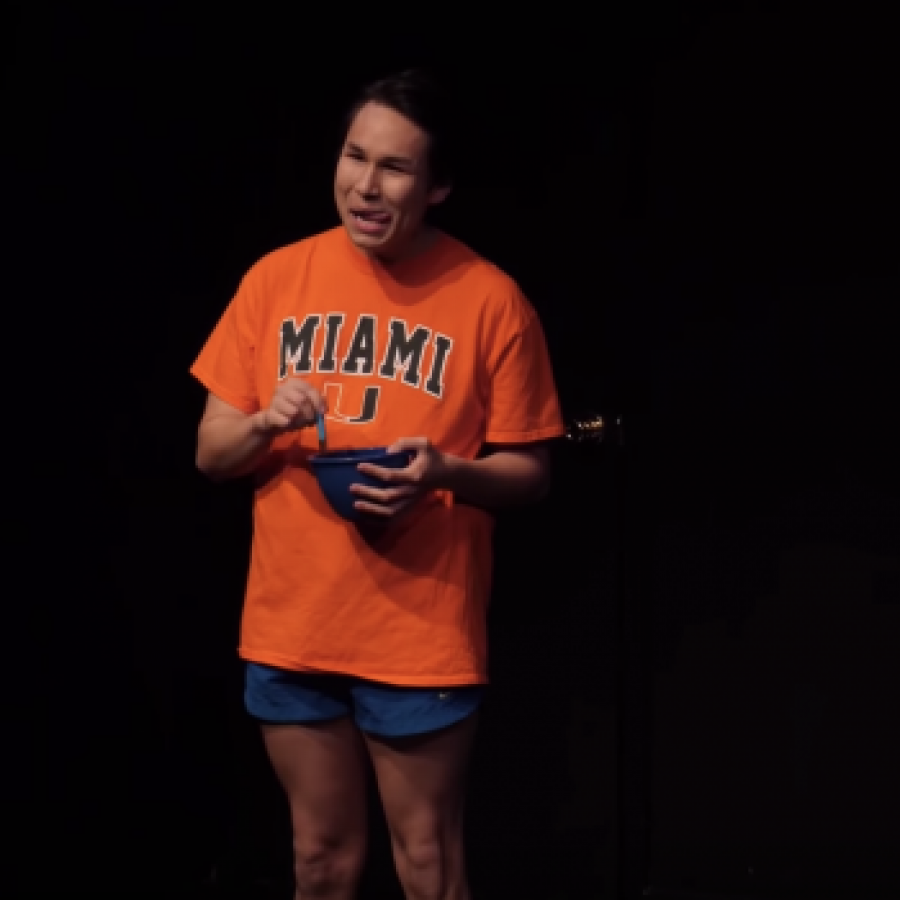 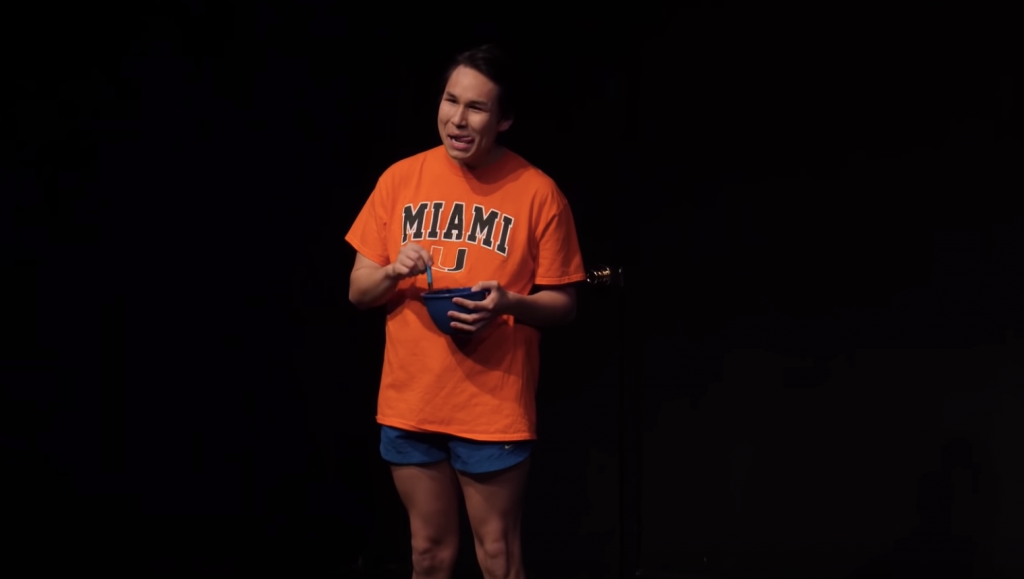 Nathan Pearson is a character comedian whose latest sketch is going viral on YouTube.

Titled, ‘I Topped Your Dad’ you can fully understand the power move that has been made, especially when it’s in reference to his school bully.

Pearson plays David, who appears on stage in micro-shorts and a Miami t-shirt eating cereal, not long before bumping into Benjamin Reynolds – however this encounter with his bully is far sweeter than the former ones.

“I broke your dad in half”, he says with a spoonful of cheerios.