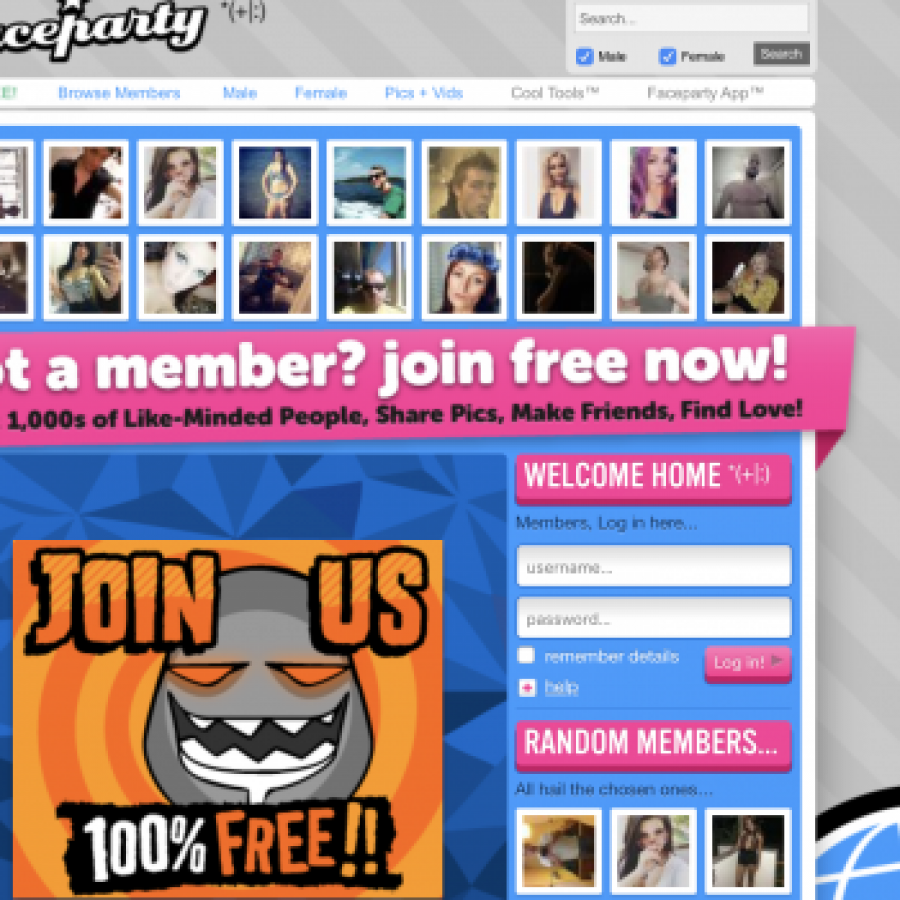 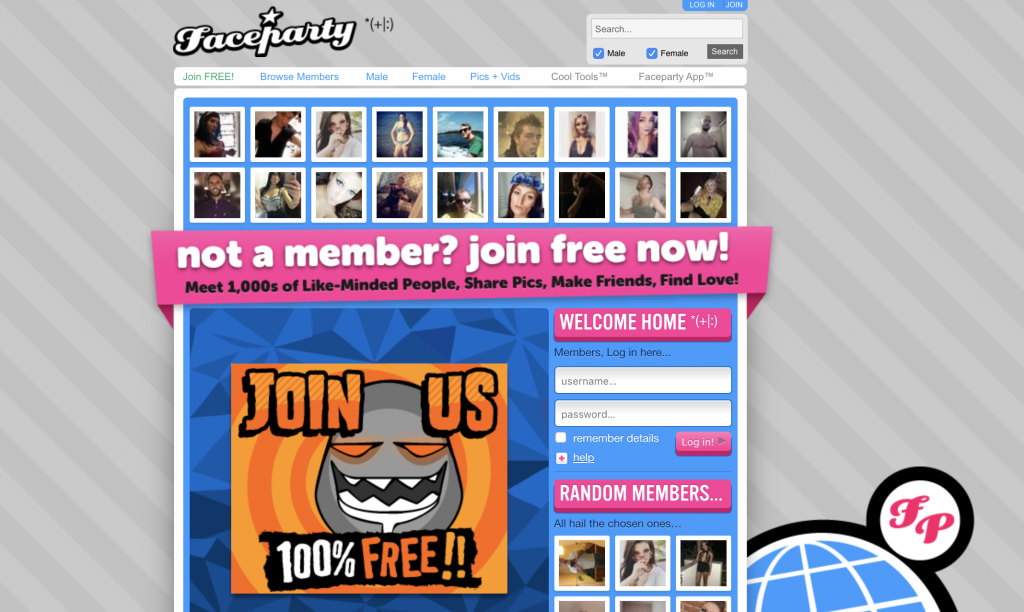 In the latest episode of Cocktails and Confessions, Baiting the Straight Boys at School, myself and Dani St. James discuss the hugely-popular Don’t Fuck With Cats and people who present as one thing online but are actually something very different.

The conversation turned to catfishes, with Dani detailing how she met a man who was 5’7″ but had stated he was 6’1″ on his profile. I confessed to having baited straight boys at my secondary school with images of hot girls from FaceParty… Wait, you don’t know what Faceparty is? Oh my days, so FaceParty was like the prelude to Facebook and the postlude to MySpace.

You’d post an entire profile about yourself, and then chat with other people nearby; it was probably more designed for networking than it was dating, but I definitely sucked a dick from there and didn’t make a single friend, so I guess that tells you what you need to know.

Anyway, while I was editing the episode I found the urge to uncover the profile whose photos I’d used, but what I ended up finding was far worse.

I couldn’t remember any of the specific details about the girl I’d created, but wondered if she was linked to my own profile. I remembered that I’d listed “Wild Things” as one of my favourite movies, so searched for that and up came just one profile. Mine. Or ‘Next Big Thing’ as I attempted to market myself. Literally dying inside at this point.

Then there are the pictures. Just three photos of a newly-svelte waist, but as clarified in the profile text, “I’m not a whore although I do luv a gd time”.

In fact, here’s the text in full – if you can stomach it!

“Hi..am pretty genuine guy, despite the body pics I’m not a whore although I do luv a gd time, going out or staying in :o) I <3 people who are: Unique, Themselves, Honest – but Tackful, Hedonistic, Interesting, Sociable, Relaxed, Realistic, Controversial, Caring, Accepting, Understanding & Strong. Not to say that if you’re not we won’t get on :0) send me a message if ya like xx (Ask me 4 face pics :o) 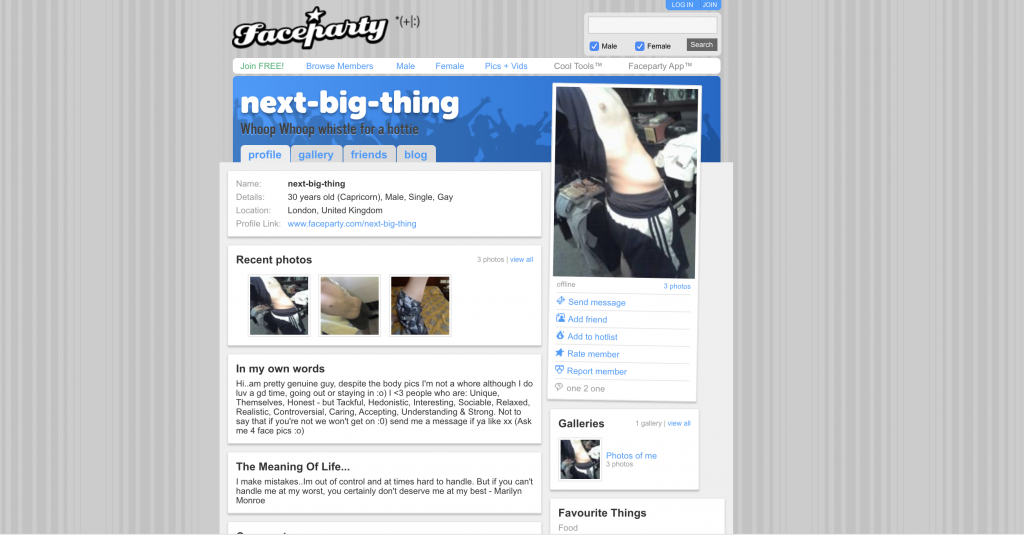 So basically, here’s a list of things I’m looking for, but if you’re none of those things I’ll still give you the time of day? No wonder I’ve had 10 years of bad luck with men, I’d written my delusional desires down, put them out into the universe via a teenage hook-up site and then abandoned the profile to exist without further consideration.

It’s also weird that I only had body pics, as I definitely remember having face pictures on that profile. Under ‘Favourite Author’ I put “Don’t read much” and under Favourite Animal, “Prefer people”.

And the kisses at the end. Just shoot me. And it gets worse. What did 16-year-old me think the ‘meaning of life’ was?

“I make mistakes… I’m out of control and at times hard to handle. But if you can’t handle me at my worst, you certainly don’t deserve me at my best – Marilyn Monroe”.

This profile being one of those mistakes; it literally embodies every single red flag I currently look for on guy’s profiles.

Absolutely mortified doesn’t even begin to cover it. However, there’s a lesson to be learned.

This is why we can’t hold people to or judge them by their pasts… ‘Cause who we were 10 years ago is often quite different from the person we are today. From the state of that profile, it might suggest I’d live in a house adorned with ‘Live, Laugh, Love’ posters, shacked up with a trashbag who occasionally cheats on me, but is overlooked because he’s “nice”.