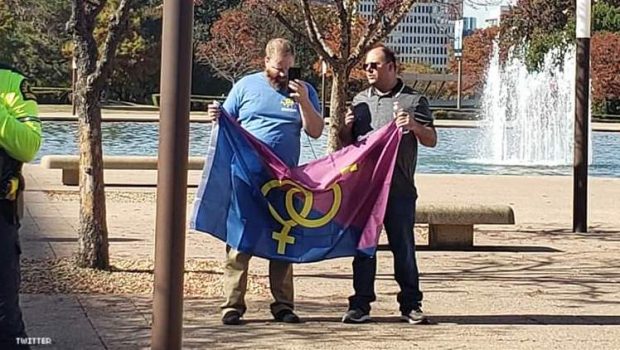 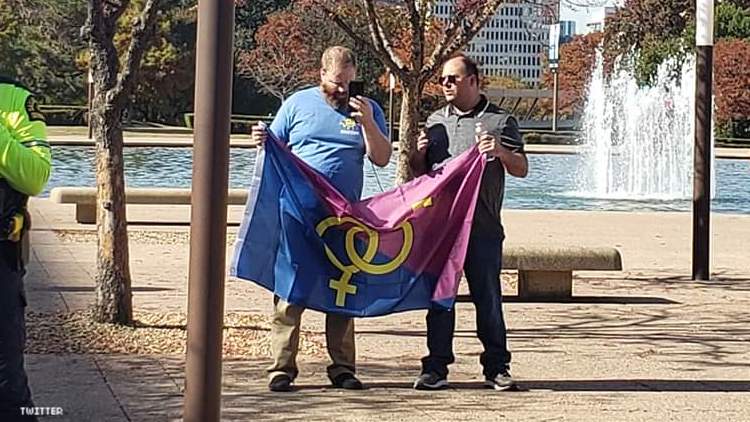 After the two shambles that were the first Straight Prides, a third has brought out its lowest turnout with just two people, and we think it’s safe to say the ‘trend’ will not be catching on.

Even the organiser of the event was a no-show, leaving two cis white men feebly cradling the Straight Pride flag.

The Dallas Voice reports that the weekend was scaled back because the anti-LGBT group behind the event, Super Happy Fun America, couldn’t afford the necessary permits. According to OUT:

Richenberger claimed the event would be “postponed to a later date” because “at the last minute the city of Dallas price gouged us and asked for enormous amounts of money” to issue the necessary permits and to pay for off-duty Dallas police officers to provide security.

Originally called Protect Our Next Generation, (yes, it’s not a coincidence that the acronym is PONG because the idea stinks!), organiser Teresa Stephens Richenberger described the group as “strong conservative Christians who are standing up for our Biblical values.” Well, no wonder they’re shit at throwing parties.

They said that “thousands” would attend the event, which would include discussions on sex trafficking, legalized prostitution, abortion, the transgender community, and drag queen story hours at public libraries.

One of the two attendees reportedly shouted insults toward the trans community, before police intervened the arguments with the 20 counter-protestors. Yeahhh, doesn’t sound like Super Happy Fun to us.