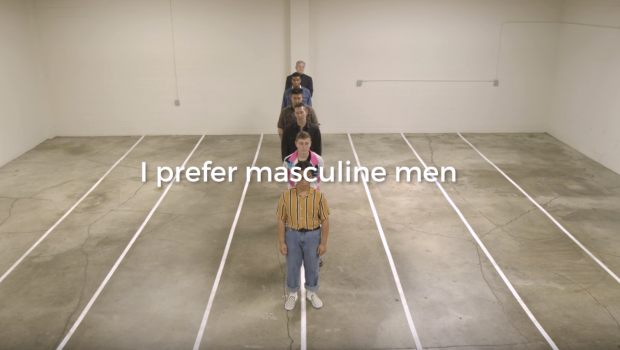 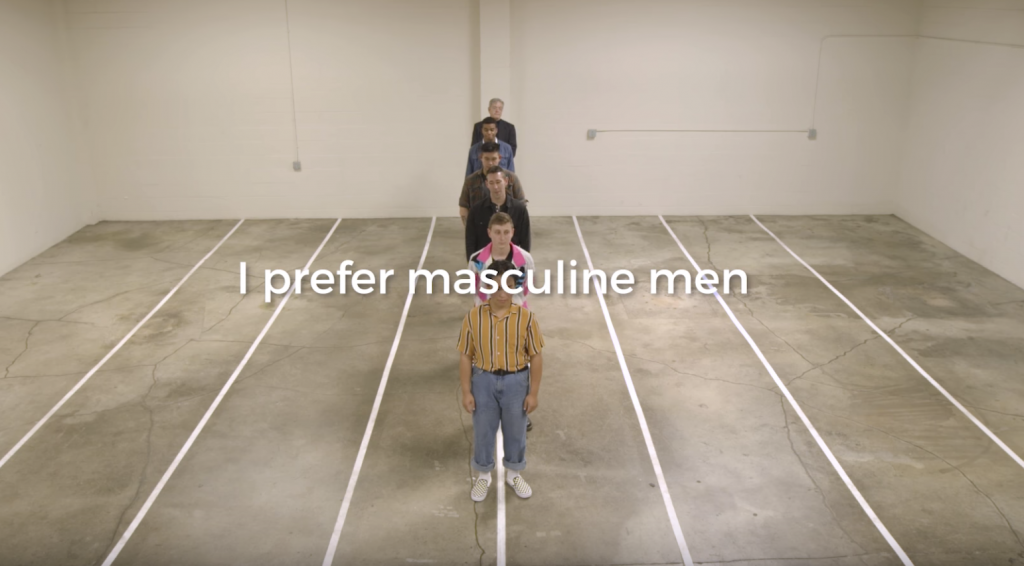 The masc4masc debate is causing online rifts again, and as drama-sluts, we’re settling into the comments section with some popcorn.

A video which asks men if they’re attracted to masculine men is going viral on Twitter and people have a lot of thoughts. When it came to what degree the participants agreed with the statement, “I prefer masculine men”, three strongly agreed, two somewhat agreed and one disagreed.

“Personally, I’m a really feminine, flamboyant person,” said Josh, who strongly agreed, “So having that same energy with another person doesn’t really seem attractive to me.”

He went on to say he wanted someone “different, unique and that he could learn from”.

Firstly, there’s nothing unique about masculine or feminine gay men, it extends much further than that. And what’s he gonna learn, how to meal prep?

Charlie, who also strongly agreed said, “I’m on this line because I want someone who is my equal.

Masculine? Guessing he forgot to tell his voice?

One commentator wrote: “These gays have internalised homophobia and have the mind frame that because they are masculine, they are better.”

Another wrote: “even worse, he’s claiming femininity is beneath masculinity. The homophobia is strong with this one.”

Tweeter Michael added: “He said he wants ‘equality’ and for that to happen, he wants another masculine male […] You are allowed to be attracted to masculinity and femininity but to basically say that if someone’s feminine, they will not be equal too you and insinuating they will be less then you is literally misogynistic.”

Bill who somewhat agreed to the statement highlights how the attraction of masculine men can stem from a dislike of yourself: “I was always drawn to people who were masculine. I don’t know if it was because if they were feminine, that reminded me of parts of myself I didn’t like. I think there was an aspect of that.”

While Ellis who somewhat disagreed outlined, “Yes, there’s a lot of innate attraction of what you like, but I think there’s a lot of social pressure that you don’t even realise is happening subconsciously that you’re trained to like.”