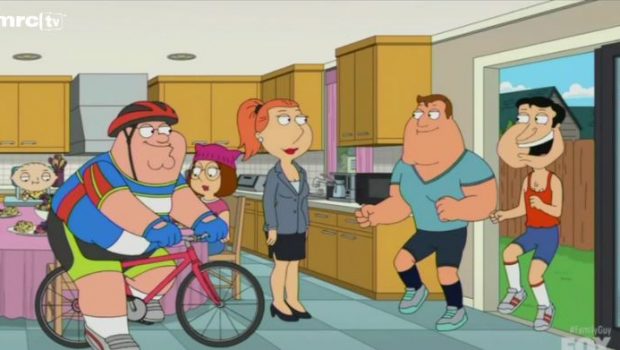 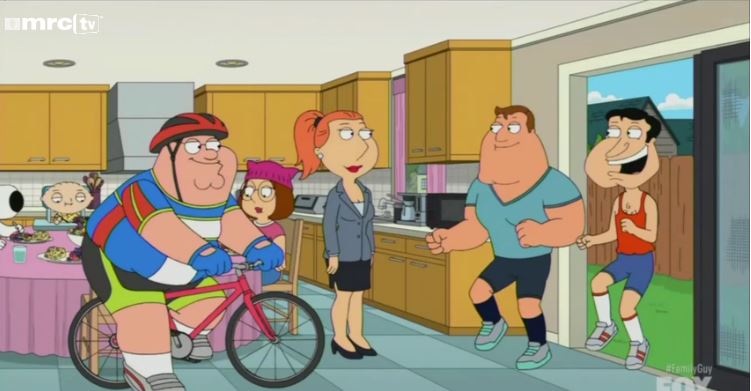 Clearly, we can’t have nice things anymore. The fragile LGBT+ are coming for Family Guy once again as if they’ve never seen an episode.

The PinkNews pens an article on how the cartoon jokes about Network TV Gays following a controversial episode accused of transphobia. The thing is, we need to learn the difference between actual insults and being able to laugh at ourselves.

In the episode which takes place in an alternate reality, Lois chats with a now-gay Quagmire and Joe.

“Oh, hello gay couple who’s constantly jogging,” Lois says in the episode. “What are you up to this morning?”

“Yeah, we’re network TV gay, so all we can do is adopt children and pucker-kiss, no tongue stuff. Isn’t that right, sweetie?” Joe says.

I honestly don’t get how that’s offensive. In fact, I don’t understand how a gay couldn’t find that funny. Especially when it’s coming from a fucking cartoon. Family Guy is known for its confrontational, blunt and honest humour, which might be an issue if the jokes were problematic, but complaining about this really just expresses how sad people’s lives are.

Family Guy is legit one of only programs that still makes me laugh out loud, and I’d be unsurprised if that were taken away just because snowflake queens can’t laugh at themselves.We’ve certainly reached peak political correctness. *Facepalm*