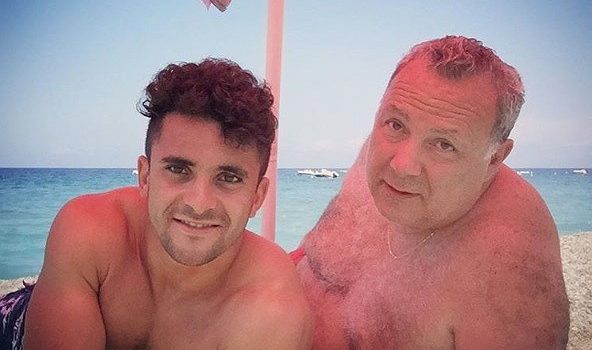 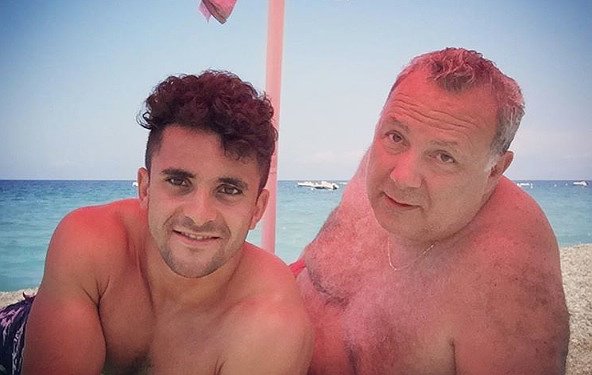 Age-gap relationships are often somewhat of a divisive topic. While most of can agree that there’s no issue with intergenerational couples, (unless it’s an R. Kelly/Aaliyah situation), there are still people who struggle to accept them. As proved when former English Sevens player Sam Stanley announced his engagement to his partner of seven years, and 34-year-senior Laurence Hicks.

Chatting with Queerty, Sam – who met Laurence on silverdaddies.com when he was 18 – described it as “love at first sight”. Sam continued, “something just felt right. We had our troubles and even some breaks in between but we kept on being drawn back to one another. Laurence missed me!”

Sam explains, on outside judgement: “I think people are obviously shocked at first because it’s different from the norm. However, once they get to know us and see us together their opinion normally changes.” But he goes on to outline that it’s their straight friends who are usually fine with their relationship, while “most” of the hate came from within the gay community.

“That surprises me quite a lot with what gay people alone have to go through in terms of being judged. There’s a hell of a lot of judgement just within the gay community.”

On his type, Sam says, “I have always been attracted to older bigger guys and I really have no idea why. But that’s OK! It just is what it is and for me I’ve accepted that.”

To be fair though, it’s kind of a low-key blessing to being into older, chubby men as there’s a lot less competition. Stanley probably could’ve fallen for any bear and had most of them.

However, that doesn’t stop Laurence getting jealous.

“I have to confess the first time Sam did the photoshoot for Gay Times, I was a little upset that he was exposing himself so publicly,” but when your man is an insta-thot sometimes you have to remember that relationships are about compromise, adding, “the thought that a number of people would be drawling over his pictures provided some gut-wrenching moments.

“However, it became clear that Sam was fully comfortable with it all and I realized that it was something I had to accept and over a period of time, I guess I’ve just gotten used to it.”

The pair have now moved to Sicily where they run a B&B, which has presented some even less progressive attitudes, leaving Laurence “unsure” of telling new people about their relationship. But states the pair are not in a father/son scenario, and “are happy together”.

Well, that’s all that matters, right?