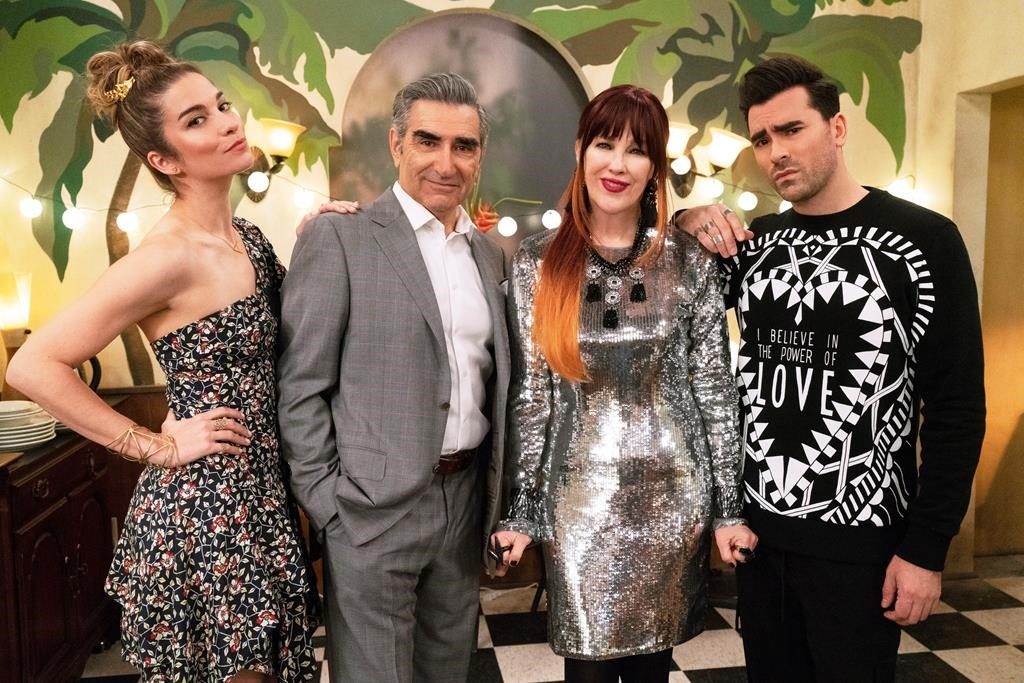 Fans of Schitt’s Creek are in for a wild weekend of binging as the penultimate season of the Canadian comedy lands on Netflix. The show, which was nominated for four Emmy’s this year, and is created by Dan and Eugene Levy, has grown become a hit with online streamers.

And we can’t wait to have Moira and her persistently-surprising wigs back on our screens. I only started watching the show this year, and then honestly binged the first four seasons within like a week.

But while viewers will be sad to see the show go, Dan still has upcoming projects with ABC after signing a contract this year. “I’m thrilled to be partnering with ABC Studios in this exciting next chapter,” Levy told The Hollywood Reporter. “As I say a bittersweet goodbye to Schitt’s Creek, I look forward to the opportunity and privilege to continue to tell inclusive and meaningful stories that shine a positive light out there.”

Speaking to OUT, Levy said season 5 in a lot more “joyus”:

“We’re pairing characters with different characters that they’ve never been paired before, we’re expanding the world of the show and taking our characters outside of the town, we’re building on relationships and tragedy. And ultimately, continuing to tell the story of this family slowly but surely realizing that money means nothing in the end.”