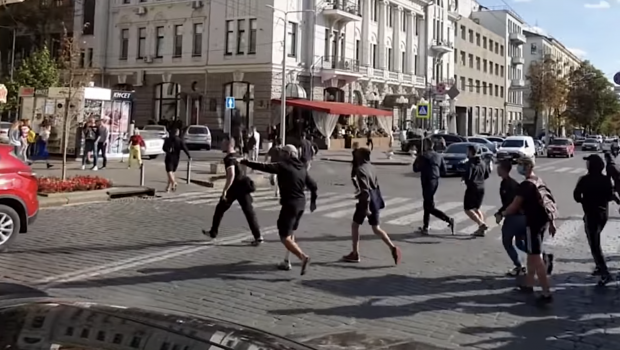 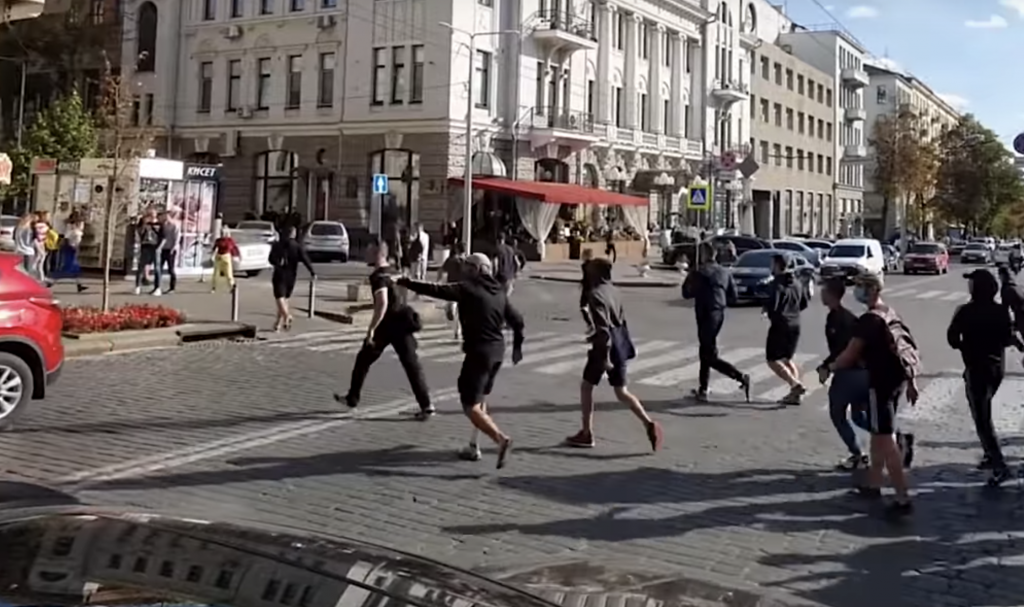 While in places like London our biggest threat to Pride is a few loopy lesbians, places like Ukraine are still facing very frightening developments.

Footage from their first-ever Pride march does not show scenes of love and acceptance, but rather queer people running through the streets as they’re physically threatened by anti-LGBTQ protestors. Despite threats of violence and even legal action from the city’s Mayor, around 2,000 members of the community came out for the event.

According to LGBTQ nation:

About 500 counter-protestors — mostly wearing black, affiliated under the groups “Freikorps” and “Tradition and Order” — assembled as a “March for Traditional Values.” Some threw eggs at the Pride marchers, laid their bodies across the march route to disrupt it and shouted “F*ggots!” at marchers and “Shame!” at police.

After the pride march, which was heavily-policed, participants were attacked individually on their way home. While the lad in the video seems to manage to escape mostly unharmed, seeing mobs of grown men chase queer people through the streets is terrifying, and exactly why we’re not done fighting.

“Three marchers and two police officers were injured in the clashes, while police arrested 17 far-right demonstrators for their role in the attacks,” writes Vice News.