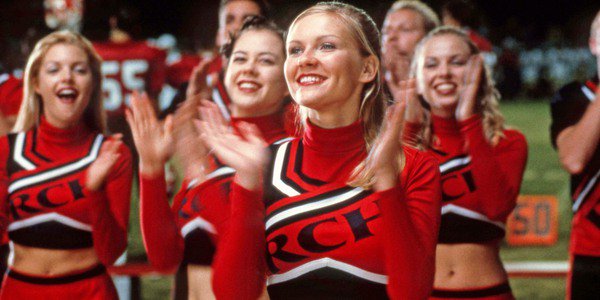 Once-cheerleader Kirsten Dunst is bringing cheer to teenage boys around the world once more (the gay ones, obvs), by confirming that she is, like, totally down for a remake of high school classic Bring It On.

The actress appeared on The Kelly Clarkson Show, during which she was asked about Rodarte’s spring/summer 2020 lookbook, in which she was featured in a flowing gown alongside cheer-sister Gabrielle Union. Dunst had posted the snaps to Twitter, referencing the pair’s iconic feud in the film.

Then talking o the subject of a remake/reboot, Dunst confirmed that she would be there with pom-poms on.

We’re not sure how this would work plot-wise, with the original turning 20 years old next year, but Bring It On was such a huge part of our teenagehood (must have seen it at least a dozen times during those end-of-year classes when we got to watch movies in class), we’d welcome it back however! Obviously we would need Gabby Union, but fuck it, bring back Eliza Dushku and Clare Kramer too!

And let’s just scrap all of those sequels which didn’t feature any of the original cast.