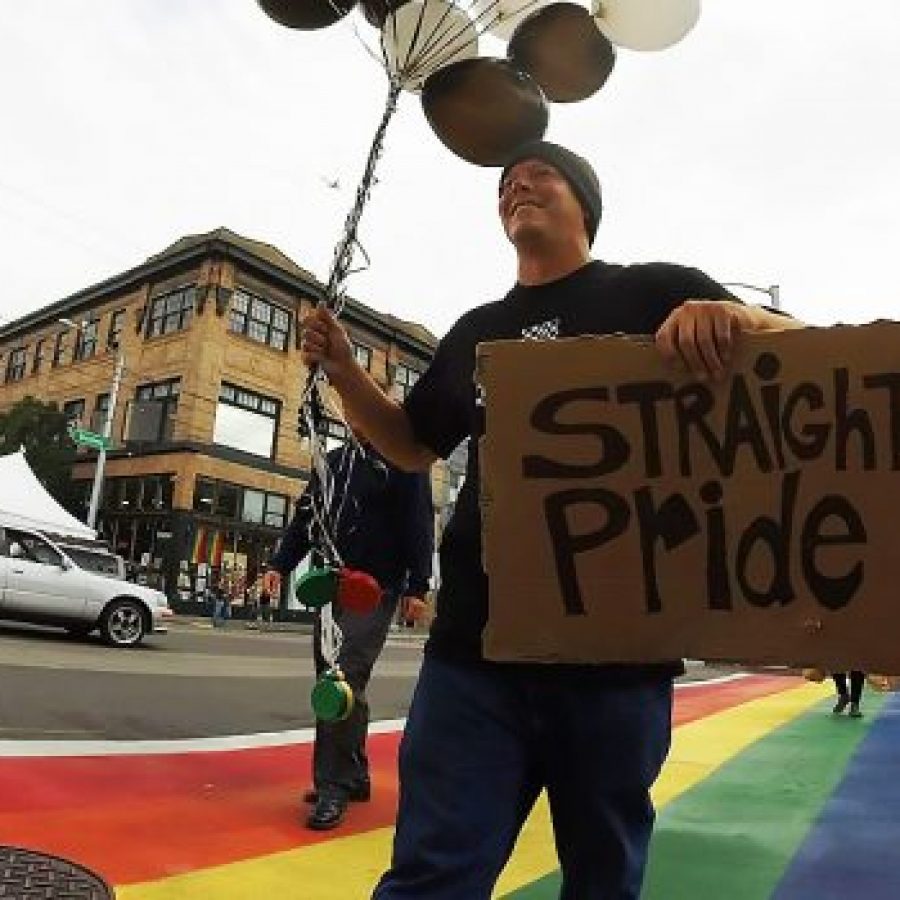 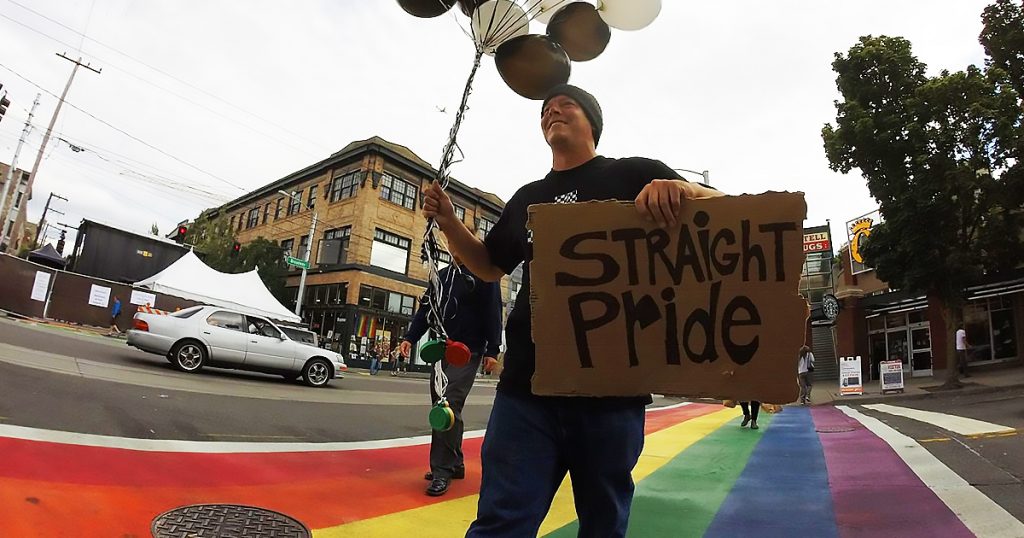 After Boston announced they would be throwing a Straight Pride, the bigots in California decided to join in their sentiment. Although after their parade was outnumbered by hundreds of LGBT+ people, we can’t help think that this won’t be a trend which catches on.

Organisers were banned by the state from throwing their event in a public space, and so they resorted to renting Durrer Barn, a local event venue. However, once the owners realised what their event was, they were kicked out. Leaving the disheartened homophobes to take their ‘pride’ to Planned Parenthood. Because… all good parties start with having children?

And while around 20 straights were in attendance, they were drowned out by the 200 anti-straight protestors. How embarrassing! Like, wouldn’t you just be mortified? I’d go into hiding.

Dozens of people gather in front of the Planned Parenthood office in Modesto. We are seeing a lot of anti-straight pride protesters here. We were hearing at one point there were straight pride parade organizers at this location but so sign of them. Lots of police @CBSSacramento pic.twitter.com/q1wW6sEnQM

While 250 gathered in Ensen park for speeches opposing the protest.

“For every step someone takes to come and divide our community, spread hatred, spread bigotry this many people are standing on guard to make sure it doesn’t happen with thousands more,” said Modesto councilman Mani Grewel.

Police reported that the day was mostly peaceful, (although tensions ran high), minus one isolated incident involving one person trying to “forcibly remove an object from another’s hand”.