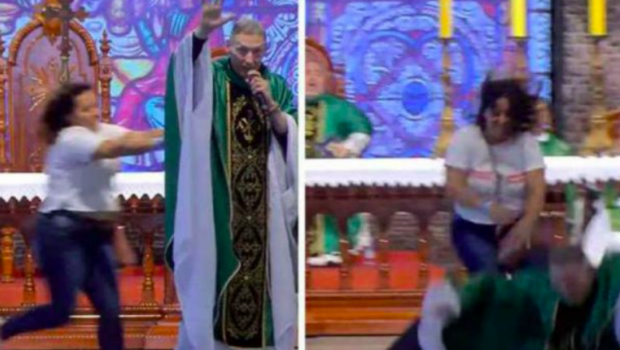 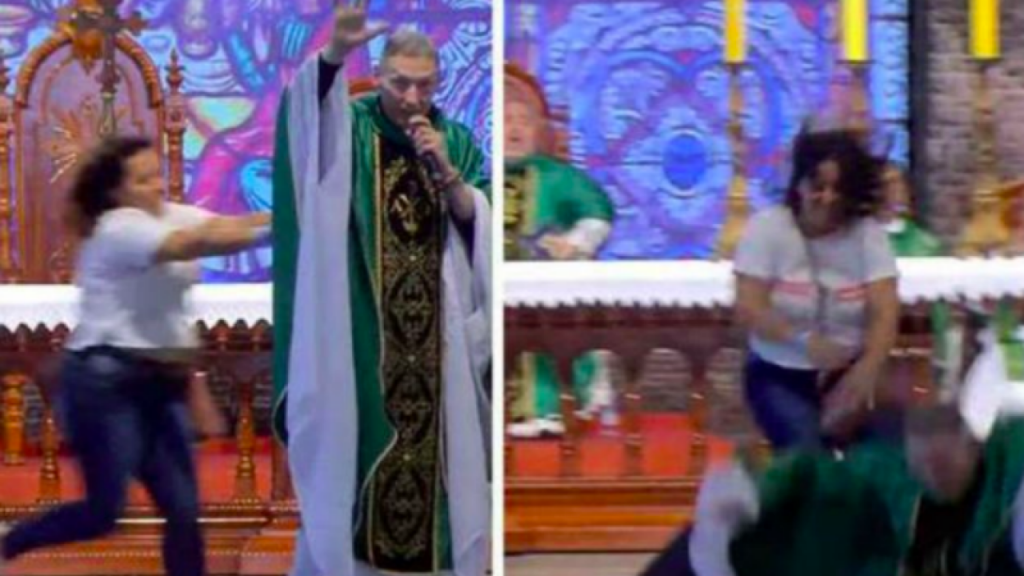 Yesterday, the world gasped – and then giggled until they spilt coffee all down themselves – when a clip showing a woman shoving a Brazilian priest from a stage went viral.

The clip, which sees a well-known and “beloved” priest Father Marcello Rossi performing a sermon to 50,000 people in Sao Paulo, escalates quickly when a woman storms the stage at lightning speed and sends him flying.

While the woman’s actions are not linked to his anti-gay preachings, according to Queerty and NY Times, the priest has blasted marriage equality and gay rights on a number of occasions. Back in 1998, Rossi called homosexuality an “illness”. While, more recently in 2014, he said:

“Sex between man causes pain, if something causes pain, it can’t be a good thing.” Well, clearly he’s never had his eyebrows threaded.

His argument against same-sex marriage goes: “The word of God is clear that man and woman were created to unite and bear fruit.” Well, we’re fruit cakes, what’s the difference?

These quotes aside, many Twitter commenters claim that Rossi is “beloved”, and that he’s not anti-gay, he’s just Christian. *Eye roll* Well, considering the Bible is frequently contradictory, it takes a homophobe to decide which parts they abide by strictly.

Despite his almighty thud, and millions of people having since witnessed his fall from grace, the priest was unharmed and even got up to continue his sermon.

It’s reported that the woman is unwell and suffers from bipolar. 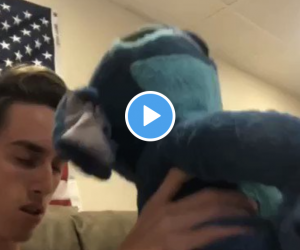