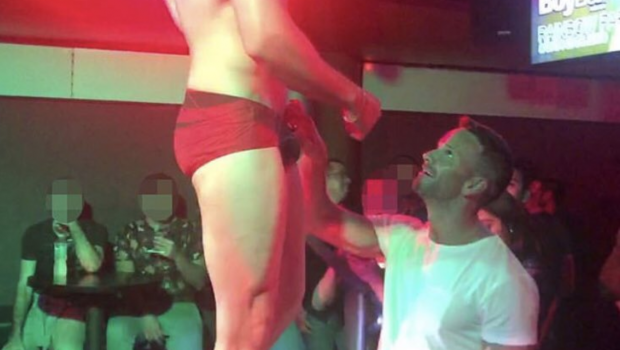 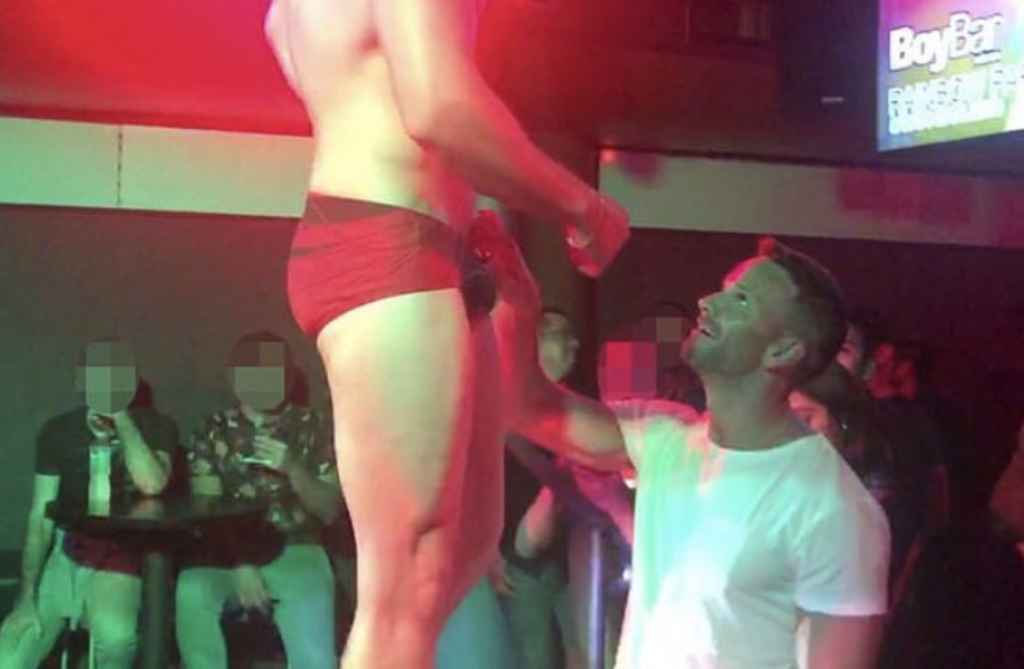 Disgraced former congressman Aaron Schock seems he’s no longer trying to hide his sexuality at all.

Footage showing him tipping a go-go dancer in Mexico last week have emerged and we are not even surprised. OK, maybe a little surprised.

“Hey Cutie, I’m Aaron Schock. As a congressman I voted against marriage equality, the repeal of ‘Don’t Ask, Don’t Tell’ and Equal Protections for LGBT folk. Now hold still while I shove this dollar down your shorts.” pic.twitter.com/YLGDXrW9Ei

Schock has come under fire since he opposed gay marriage on a number of occasions while also rooting for the “Don’t Ask, Don’t Tell” military ruling which forbids members of the army coming out. He was later spotted pash-rashing with some guy at Coachella.

Following that, Schock had a number of hole pics posted online.