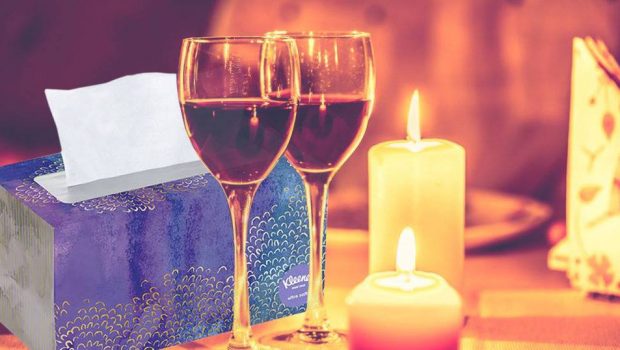 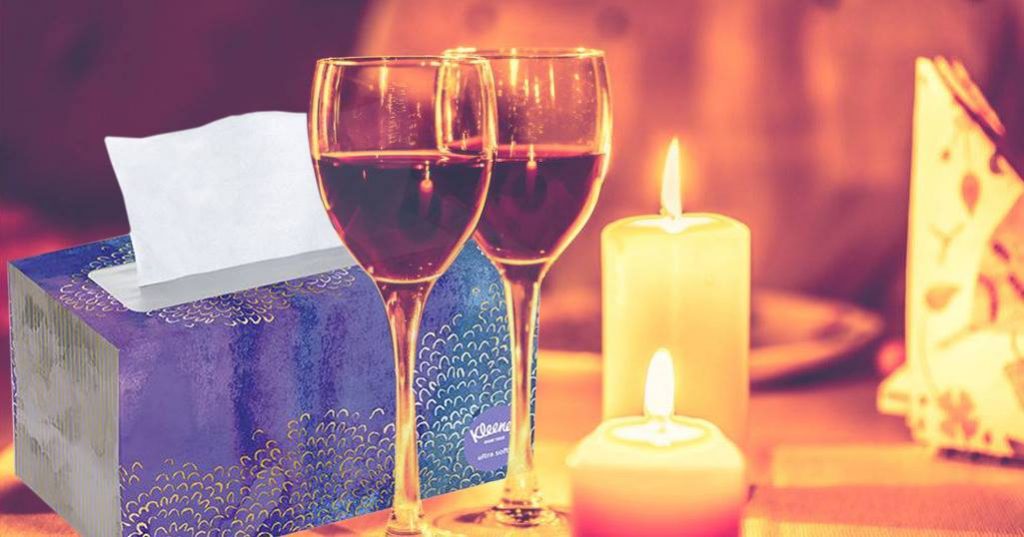 Fancy a romantic night in, but don’t have a man? No problem! – so say single millennials. Just dim the lights, put on some Barry White and grab a box of tissues. Which FYI, are less for dabbing your eyes during a rom-com, and more for mopping up the mess you’ve made on your own stomach.

We’ve all heard of the independent singles doing it for themselves: buying themselves presents on Valentines, taking themselves to movies, and even marrying themselves in ‘sologamy’ ceremonies. (How can we ever forget Carrie’s self-engagement for a new pair of Manolos?)

But there’s a new self-love practice you can incorporate into your, um, self-loving.

[RELATED: Rimosas are now a Thing]

It involves the like of lighting candles, scattering rose petals and putting some champagne on ice, all to seduce… themselves.

We’d been discussing the current situation of our libidos, as boys do, and while some of our sex drives were through the roof, squeezing three or four wanks into a day, others were taking a different approach:

“I prefer one long session, to a few little ones. Light some candles, have a little prosecco…” chimed in one friend, who we subsequently all laughed at.

You’d have thought the one person you could fuck without spending a fortune and exerting any energy would be yourself, but hey…

Matt* explains how he’d read about self-dating in a break-up book he’d read. (Having split up with his boyfriend four years ago, we now understood how he spends more money on scented candles than he does on rent).

So the idea is to give oneself the things they’d hope from a lover (including a home-cooked meal followed by an orgasm), to prevent them from craving one. It certainly wasn’t the unhealthiest crutch I’d heard of, but did sound like one that required a fair bit of effort.

Not to mention a little awkward when you roll over and ask: ‘was it good for you too?’