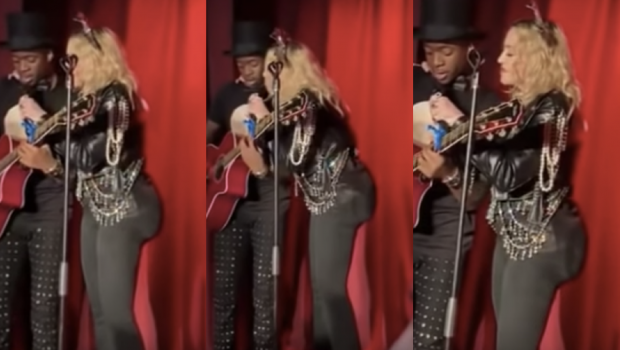 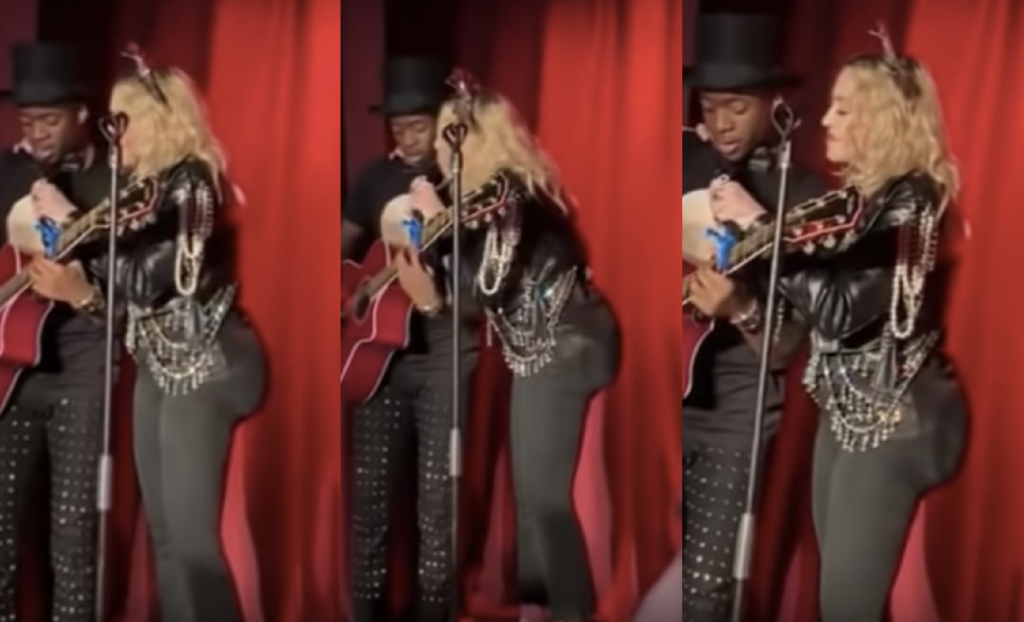 Mouths dropped at Stonewalls over New Years Eve when Madonna appeared for a surprise performance.

And while most of the crowd were enamoured with the queen of pop and her acoustic version of Like A Prayer, others couldn’t help notice her ass needed more than a prayer to plumpen as much as it had.

OK, so ‘plumpen’ is a bit of an understatement; Madge looked like she was smuggling a boulder in her pants. That better be new material, girl.

Madonna’s no stranger to surgery, with a wrinkle-free face at 60, but we really hope she’s not Hung Up on the Kard-ass-ian curves. Fans have accused her of having implants or a Brazilian Butt Lift after watching the video.

Fixing your face is one thing, but this is Borderline upsetting. Either way, we know that nobody is gonna tell the queen how to Express Herself… so we’re just hoping she’s got an album stuffed in there too.

The big batty makes its entrance around 4:45: