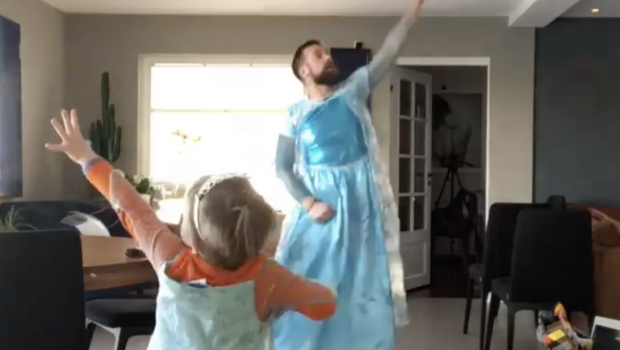 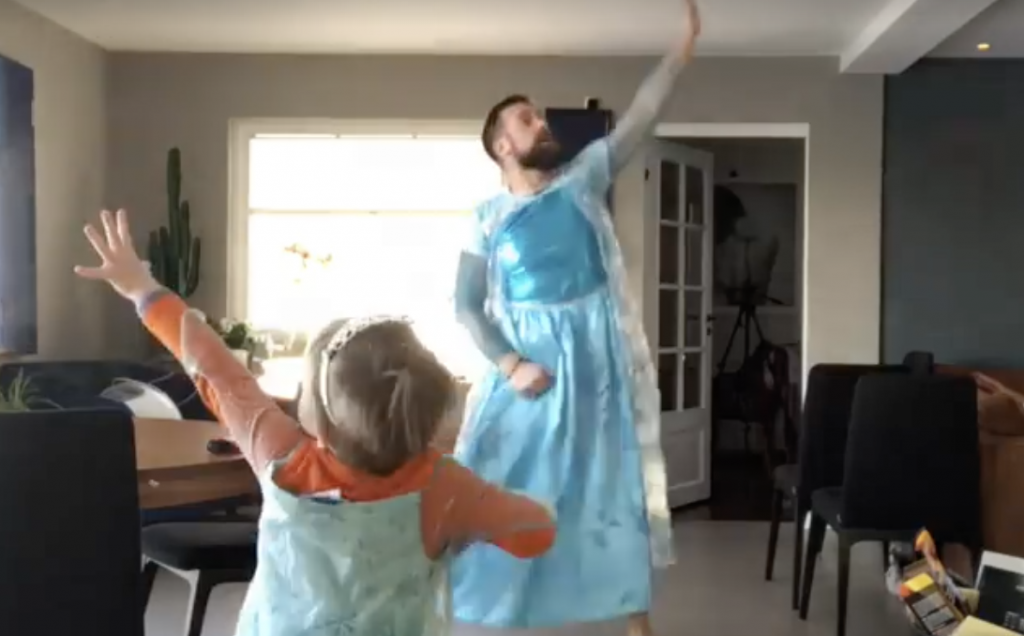 “This is what healthy masculinity looks like,” praised one viewer who watched Norweigan comedian Ørjan Burøe – and four-year-old son Dexter – dance around their living room in dresses to Frozen’s Let It Go.

A clip which has since received over 71 million views. Speaking to CBS news, Burøe said: “It’s important to teach children you can do whatever you want to do. It’s important to embarrass yourself and let go.”

Most praised him for breaking gender stereotypes.

“This is disgusting,” wrote another, “how dare that father allow his son to do that. I would never let me son wear an ORANGE shirt with that blue dress.”

Check out the fabulous f-you to gender norms:

mom is gone, no stress?