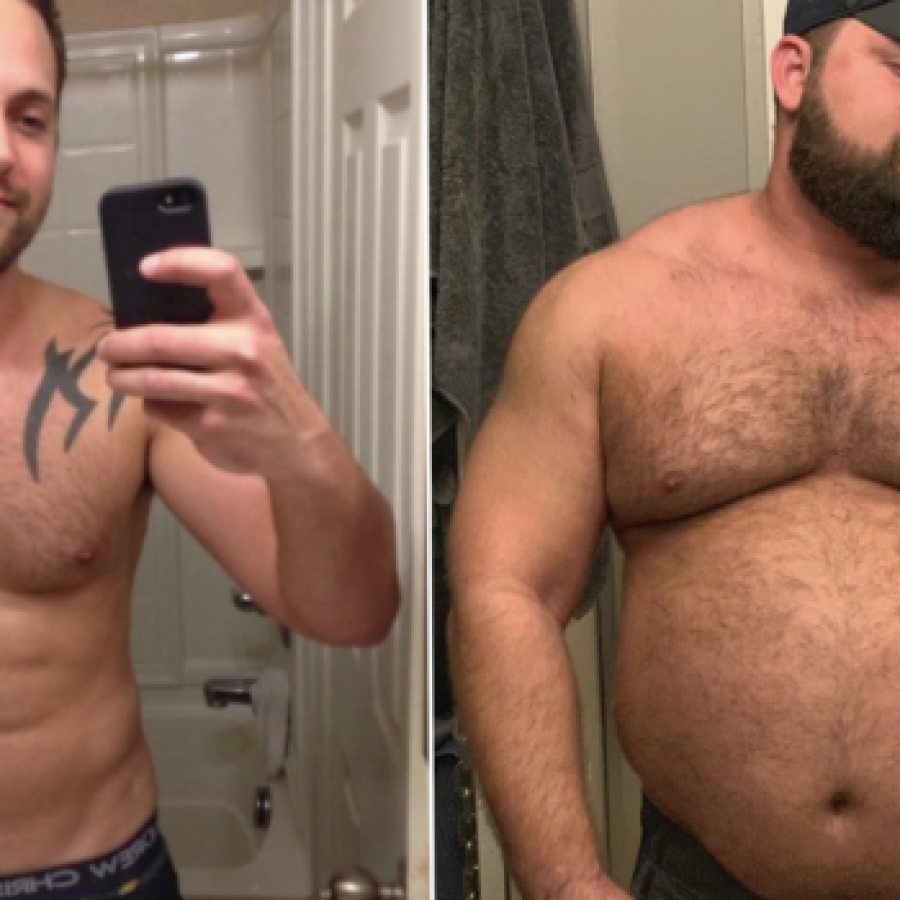 “I Wanted to be a Bear”: Cub’s Drastic Body Transformation goes Viral 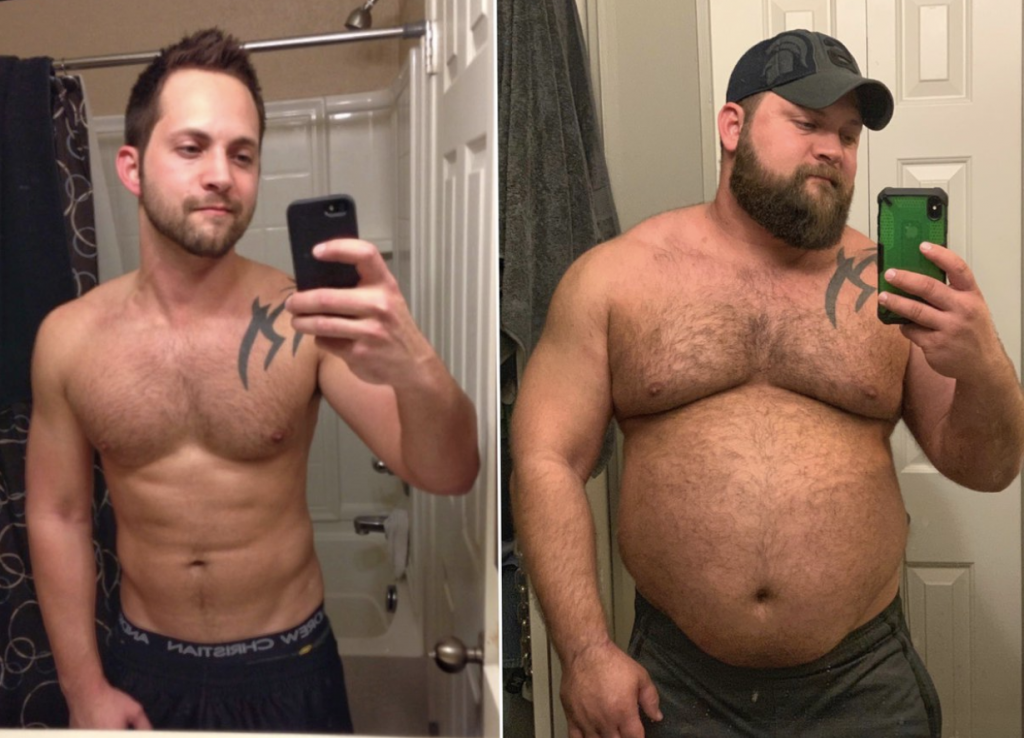 We can’t get very far down our Instagram feed without seeing at least a dozen before-and-after body transformations, although this one is a little different than most. Rather than losing weight/gaining muscle, Dusty Fuller gained 100lbs in five years and fully transformed himself into a bear.

Now 34, Fuller, who looks almost unrecognisable, with a full beard and some extra insulation, shared the image on Twitter.

But this wasn’t any accidental weight gain.

“I had always been envious of beefier muscled bears, so in 2015 I decided to go that route to increase my size… Adding both muscle and some chubbiness so I could get big. I wanted to become a Bear,” he tells Gay Star News.

Well, when you wish upon a star! Fuller achieves his physique by demolishing 4,000 – 5,000 calories a day. Though with enough weed that’s surely not as hard as it sounds.

“I certainly haven’t ‘let myself go’,” he continues referring to his four weekly workouts and “exhausting” meal plan.