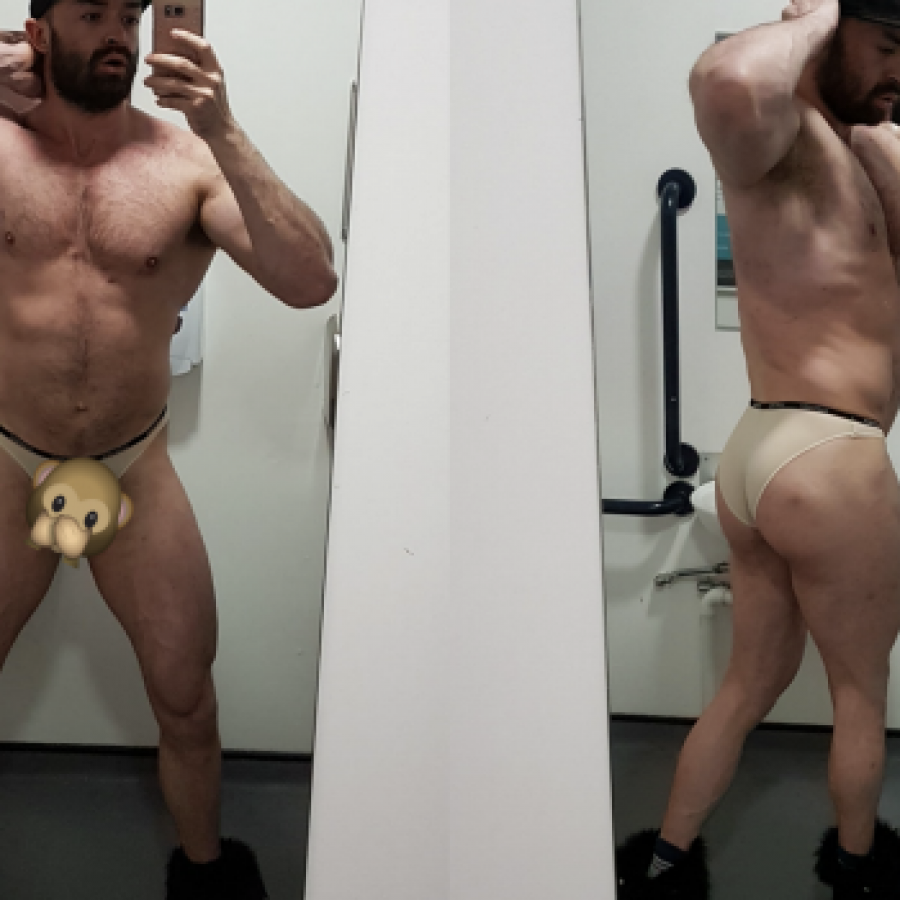 Have you ever spent so much time on social media that you’re convinced your ugly? Uh, yah, like, daily. Well, this guy certainly hasn’t.

Daniel Carroll informed the Facebook Group, Get It Off Your Chest, how his physique inspires others to “better themselves”. While slipping his jacked bod into a flimsy translucent thong, fur-trim ankle boots and posing for his life in the disabled toilets of a Pure Gym. 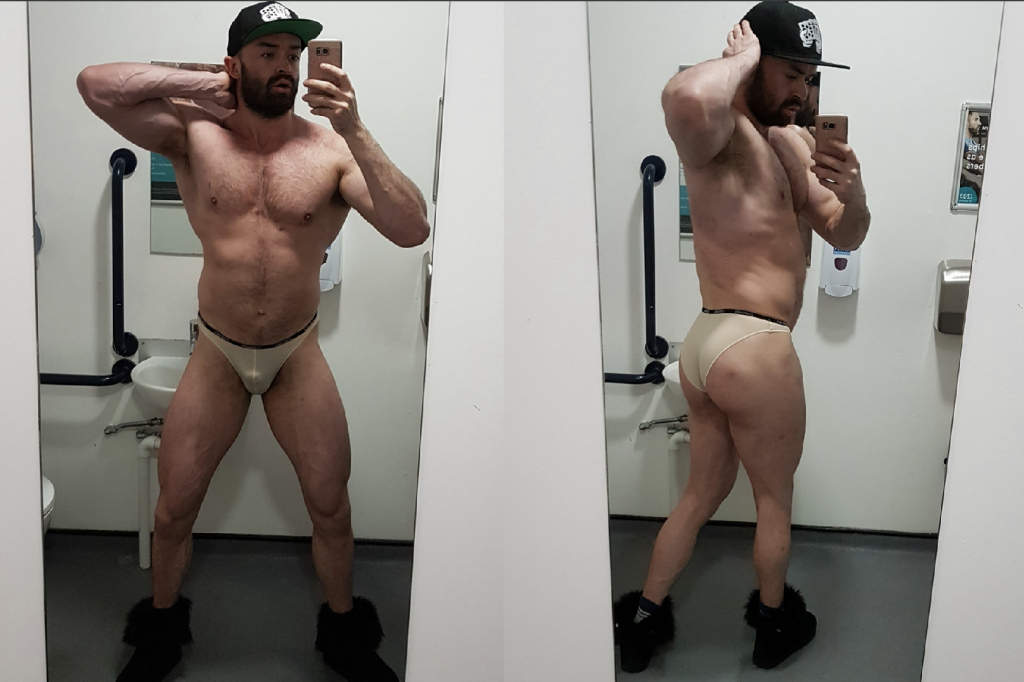 He captioned the photo:

I’ve always enjoyed taking selfies but even more now because I know i’m an inspiration to many people.Not everyone has the body or the look to inspire others but I truly believe that when people see me it makes them better themselves, not only to achieve physucal perfection like I have but to also have the confidence to be a role model to anyone who wants to look good.

Not sure injecting steroids into your ass cheeks is ‘bettering yourself’, but who doesn’t find mosquito bites sexy? Although, we thought they were supposed to make your muscles big, not your head.

[RELATED: The Sea isn’t Big Enough to Drown Out the Modern Epidemic of Thirsty Gay Men]

Naturally, absolutely nobody was having it. Arriving in their droves, because we are, WHAT? Always ready to take bitches down a peg or two. One commenter highlighted his inability to be a role model while using steroids:

“Steroids will kill you. You should stop claiming to be anything positive as far as a role model goes. You judge others and their habits yet yours is one of the worse possible.”

“…an inspirational act is one that not only helps others but is done without seeking gratification. This post does neither,” wrote Troy Murphy of DNA magazine. 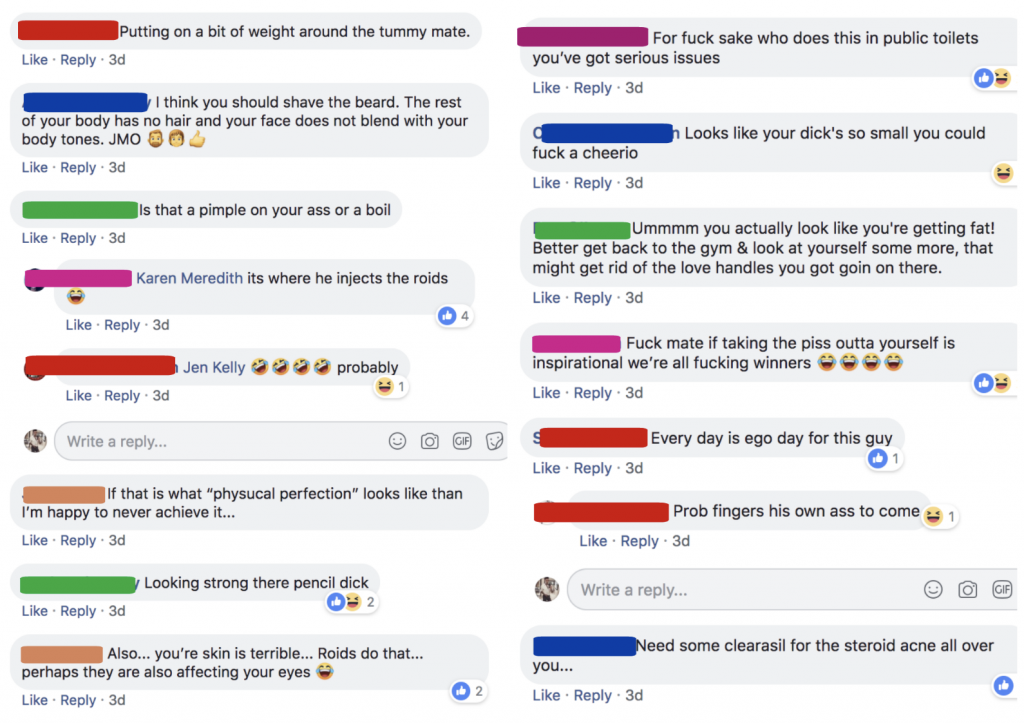 While most just opposed his narcissism by pointing out his flaws:

“OK, why do you have two belly buttons?” wrote one referring to his shy manhood.

Though Tracy asked what was on everybody’s lips: “Why undies with boots? Looks gay, and not in a good homosexual way. Just really try hard and lame”. Thank yooouuu, Tracy!

While the posts are wildly self-obsessed, and… let’s face it, untrue, Carroll did receive vile unwarranted abuse, such as users calling him an “ugly cunt” and “cock sucker”. Now, now… let’s keep the reading at passive aggressive.

A number of the group members mentioned how this isn’t his first time posing in disabled toilets, or in women’s underwear.

Finally, one summarized: “You do you boo… just not on my feed”. Hmm, it’s a car crash for sure, but we’re undecided whether to keep driving or pull over and watch for a bit.