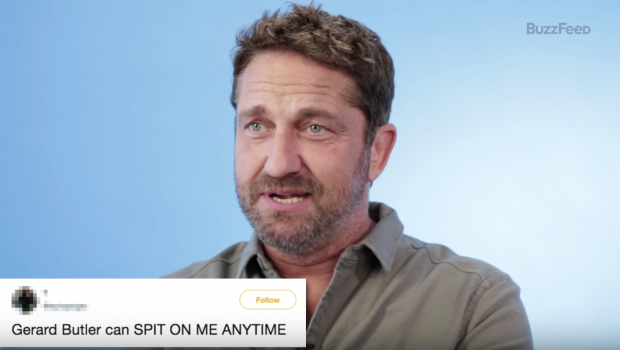 “SPIT ON ME!”: Gerard Butler Reads Out Thirsty Tweets 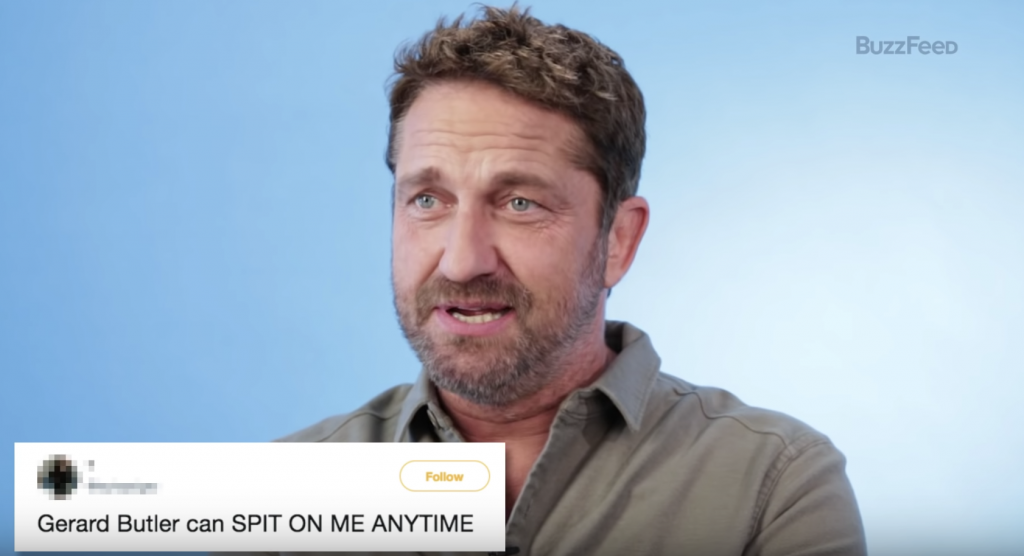 Scottish zaddy Gerard Butler swung by the BuzzFeed studios recently to read out his fans deepest desires, which they’ve put on the internet.

The 300 star laughs off some of the ridiculous thirsty tweets that fans have posted, while agreeing with others:

Well, we just became Christian! Praise be! And he didn’t seem opposed to having his “butthole licked from balls to back”, which is always good to know. But we reckon he’s freaky in bed anyway, you can just tell sometimes. Plus he’s Scottish

Clearly having fun, Butler begins stuffing the tweets in his mouth: “Are we supposed to eat them?” Which shows off his sense of humour, but by the time he’s got three pieces of paper in there, we’re like just spit them out already! It’s making us gag. 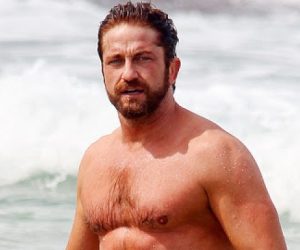 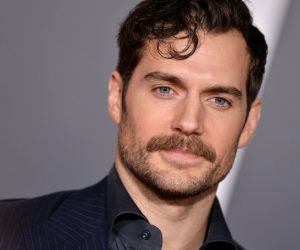 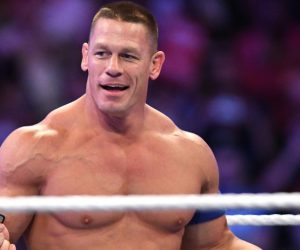