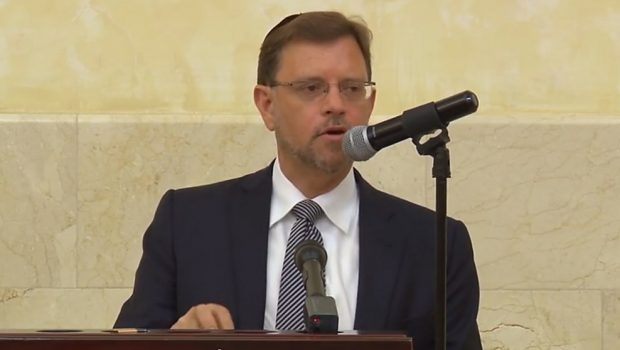 An ex-gay therapist who claims to ‘cure’ gay men of their sexuality has been found cruising on gay hook-up sites Manhunt and Bear Nation.

Norman Goldwasser, an Orthodox Jewish, compares being gay to OCD and promises that he can cure homosexuals with his own therapy. A class, perhaps, he should have taken himself? Considering when he’s not flogging fake therapy, Goldwasser is hunting for hairy men to have his way with.

With a profile name of HotnHairy72, and posing under the pseudonym Dave, Goldwasser agreed to meet with an undercover operative from gay news website Truth Wins Out for some hotel hanky panky. 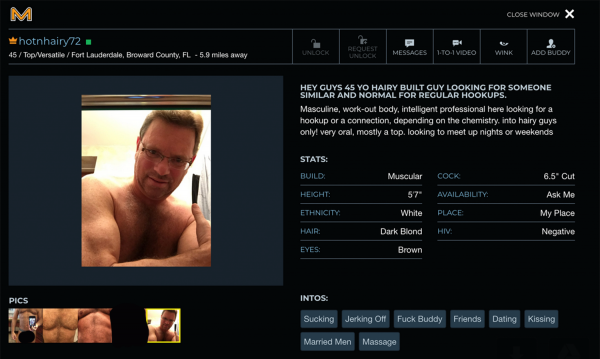 “Norman Goldwasser’s double life of unconscionable lies highlights the rank hypocrisy and predatory nature of the fraudulent ‘ex-gay’ industry. We urge every state to ban the scourge of conversion therapy that attacks the mental health of LGBT youth and puts them in harms way.”

He went on, “Here is a case where a charlatan is committing consumer fraud by misleading clients and adversely affecting their mental health. We are particularly concerned when Goldwassser’s scam preys on young people susceptible to his charade.”

Goldwasser was part of an organisation called JONAH (Jews Offering New Alternatives to Homosexuals), but had talks in Australia cancelled when they learned just how intolerant he is. And also JiM (Journey into Manhood) where guests parttake in weird hugging rituals.

Although we assume Goldwasser was looking to do more than 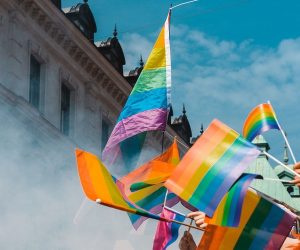