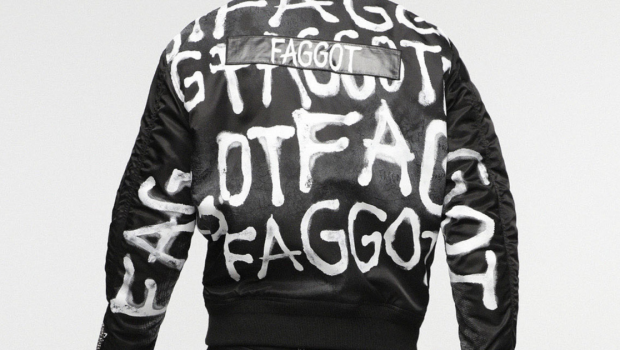 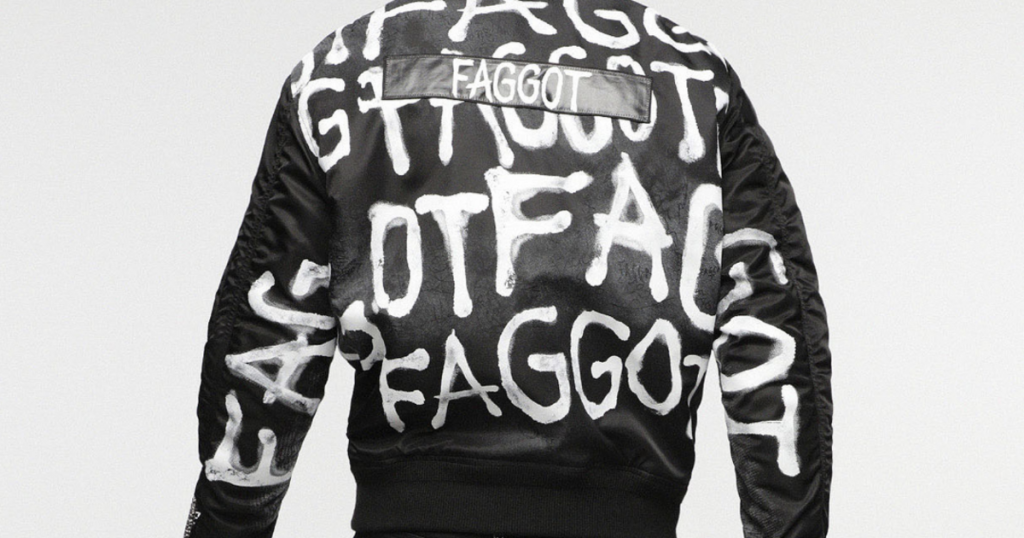 Fashion house Diesel has come under scrutiny for releasing a jacket, with the word ‘faggot’ scrawled across its back. Naturally, the item – which costs £350 – has caused uproar on social media, but from our point of view, the most offensive thing about this jacket is its price.

They’ve pitched the jacket on the angle: ‘The more hate you wear, the less you care’. Which, is in-part, true.

When victims reclaim slurs against them they lose their power. Imagine some closeted builder shouting ‘faggot’ at you from his white van, only for you to have it written across your back… there would be significantly less impact – for both parties – because you’re already owning it.

While the word will probably always be offensive when said from a non-queer person to a queer person, especially with malice behind it, I believe that if gay people are comfortable using the word, they should feel free too.

Just like ‘tr*nny’, which has recently been deemed transphobic, even though in the mid-00s it was used to refer to transvestites (drag queens) as well as transexuals. And, of course, ‘n*gger’, which rappers have reclaimed by using in their lyrics.

The jacket perhaps stands out more so in Diesel’s collection, because the other hate words included: ‘imposter’ and ‘the bad guy’, both of which horrifically weak. But they do have ‘slut’ and ‘fat’ branded products which work with their vision.

Diesel responded to the criticism:

‘Our aim has always been to disempower those that create the hate and manifest negativity.’

‘It’s worth repeating: you don’t make online hate disappear by hiding it.’

‘The main thing is not to hide,’ said Bruno Bertelli, the creative officer behind the campaign. ‘Hate comments are based on the fact that people are hiding themselves. ‘If you keep [hate] inside, it grows and hurts and becomes bigger and bigger.’