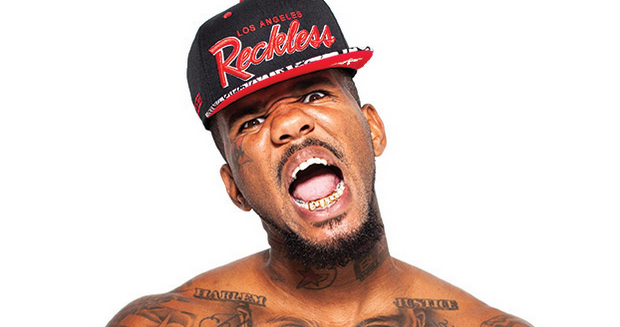 The Game Brings his Schlong – and Homophobia – Back to Instagram

Rapper The Game is returned for the only thing he’s good at these days: posting bulge pics. (No tea, but it’s not like he’s dropped any music in recent years).

In a mixed-message post, The Game suggests his selfie is: “Just a regular n**** with new fitness goals. If one person is motivated, my job is done,” while simultaneously suggesting that men who look at the picture are gay.

“[important message: any male looking at this photo for .0 seconds is sus af]”.

So if you want to motivate men – but don’t want them to look at your junk – why would you post the two in one photo? Also, why feel the need to mention it at all? Like picking up a microphone at a party and telling everyone you’re not gay when nobody asked. Sounds a little SUS if you ask us.

While the comment itself isn’t explicitly homophobic, his decision to pen it and call out men who are ‘sus’/gay, is.

And while we’re here: if your goal is motivating just one person, why not send them down the polling station instead of the gym?

It ain’t Monday & it damn sho ain’t Friday… no hashtags. Just a regular nigga with new fitness goals. If one person is motivated, my job is done. #HappyTuesday yall. [important message: any male looking at this picture longer than .0 seconds is sus af] okay ladies where were we ? #GetARealManOrShutUp 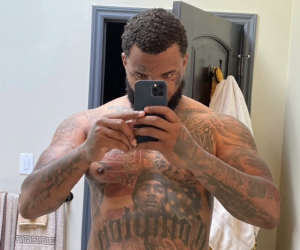