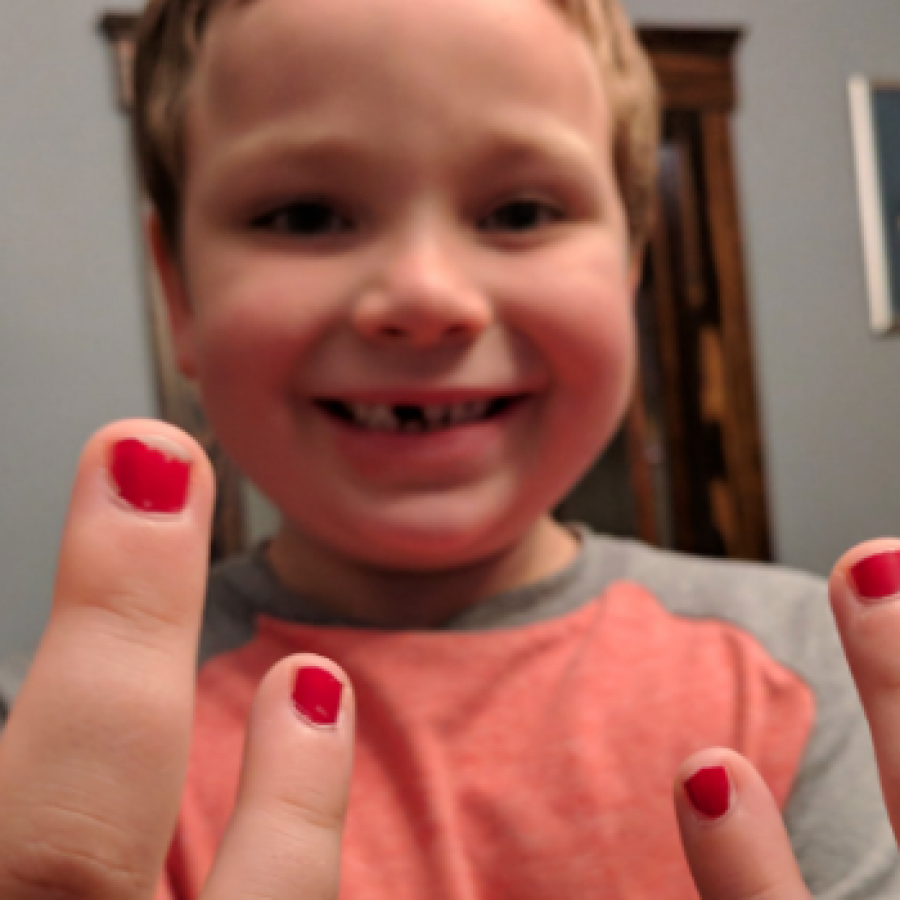 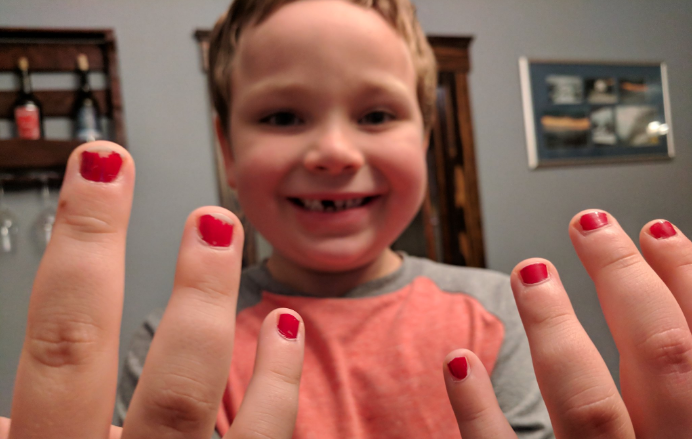 This proud father has gone OFF on the intolerance and their toxic masculinity after they came for his little son for wearing nail polish.

This is my son, Sam. He’s 5. And today he learned how shitty and harmful #ToxicMasculinity is. My rage meter is spiking right now so excuse me if this is a little raw but there are some things I want to say about BS #gender norms (a thread) pic.twitter.com/NtoE2VHKsU

Aaron, has three sons, but it was his middle son Sam, that was the victim of online bullying. Aaron goes on to explain that even though Sam is a “boy’s boy”, (into sports and trucks, etc) he also likes “girls” things.

Sam has a collection of purses because he likes to carry things around. And he also loves to have his nails painted bright colors because he thinks they “look beautiful.” And he’s right – they are beautiful… pic.twitter.com/tdMdpJZH5w

He goes on to say that Sam wore the nail polish to kindergarten, basically because he’s a kid and gives zero fucks. But the other children weren’t as open to fucking with gender norms.

So he proudly wore his red nail polish to kindergarten this morning because Sam has absolutely no concept of nail polish only being for girls or reason to think anyone would possibly have a problem with beautiful nails. pic.twitter.com/WsHHupgw9H

When Sam got home from school, he cried “uncontrollably” because of the school bullies, and asked his parents to remove the nail polish.

“I know these kids are only in kindergarten but this toxic masculinity bullshit is LEARNED. Learned most of the time from parents. So parents, I hope you’re proud. I hope this is what you wanted. I hope you’re satisfied,” Aaron writes.

He went on, “My wife and I spent five years successfully preaching tolerance, acceptance, and the importance of expression and your kids unraveled that in one school day. He now feels the shame you desperately want to associate with being different.”

Aaron told his son that the kids were jealous and he should wear an even brighter shade tomorrow. And so, Sam has decided to keep the nails. And his brother and dad have painted theirs in solidarity too.

That moved me to paint MY nails. Sam picked out this color called “Main Squeeze” & I think it’s understated but lovely. Sam is sticking with red because “it’s pretty and good luck for the @patriots.” #ItsOnlyWeirdIfItDoesntWork pic.twitter.com/KtuwldiEJw