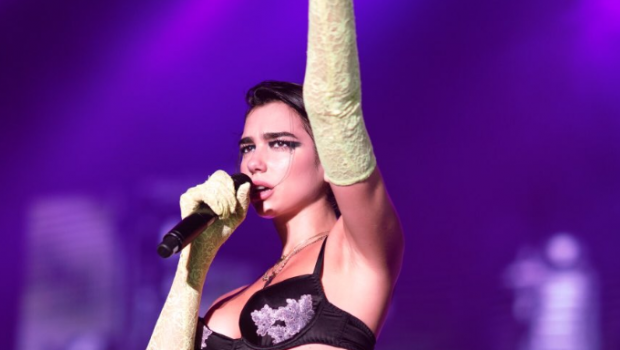 Dua Lipa was reduced to tears this week, when she watched fans at her concert being brutally dragged out by police – for waving a rainbow flag. Videos have emerged showing the incident which took place in Shanghai, China.

At @DUALIPA 's shanghai tour, few people been kicked out by the safeguard because they're waving Rainbow Flag #Dualipa #LGBT pic.twitter.com/3zhWXnaadK

New vid here. They've been dragged out with no dignity,Dua cried on the stage pic.twitter.com/pRD0qJMmG3

Dua Lipa can then be seen tearing up after the altercation, telling her fans that she wants to create a “safe environment” for them, and that with “only a few more songs. [I] would love in these last few songs for us to really, really, really enjoy ourselves. How about that?”

Lipa later issued a statement saying she was “proud” of her fans:

“I will stand by you all for your love and beliefs and I am proud and grateful that you felt safe enough to show your pride at my show. What you did takes a lot of bravery. I always want my music to bring strength, hope and unity. I was horrified by what happened and I send love to all my fans involved.”