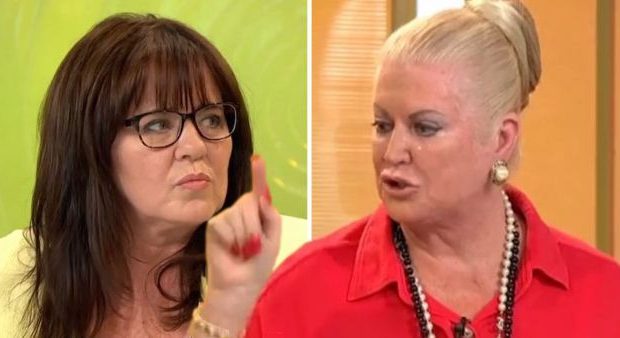 There was a Trash-War on ‘Loose Women’ this Week 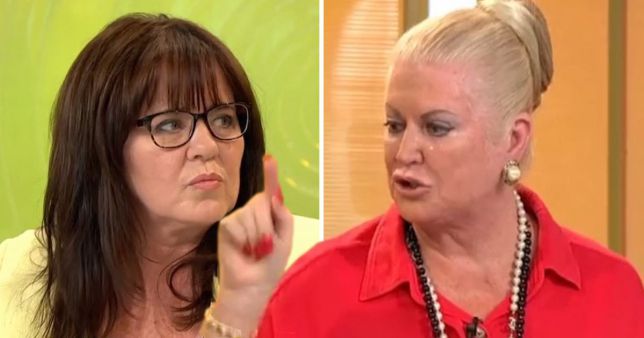 This week, Loose Women fronted its biggest fear face on: low ratings. In a bid to pick up views – no doubt resulting from frequently ignorant opinions, dead-end debates, and irrelevant topics – producers invited fiery Kim Woodburn back on the show to reconcile her long-running feud with panelist Coleen Nolan.

The two fell out after living in the Celebrity Big Brother house together, with Kim calling her “two-faced” after initially being nice to her, before later slagging her off. Nolan defended her actions by saying she’d got sick to her bangs of Woodburn’s attention-seeking behaviour. What ensues is two rather pathetic women biting at each other before lunchtime.

Kim Woodburn is a fucking nutter. Legit. But while she’s entertaining to watch, she is surely infuriating to actually try and converse with in person. Then again, Coleen Nolan is absolute bellend, and not even entertaining in the slightest. So we’re really just in this beef for the televised drama.

Kim drags Linda Robson into the catfight, calling her two-faced too. Before Coleen’s sister, whats-her-name, pipes up as though she’d be sitting on the panel if her sister wasn’t a regular.

“You’ve got no talent!” she throws at Kim.

“And neither do you,” laughs Kim as Coleen’s sister goes on to preach about the millions of singles she sold 65 years ago, in a group that had one song which people remember.

Nolan – ever the wind-up merchant – gets under Kim’s skin enough to make her burst into tears, frantically blubbering about her childhood trauma. She slaps Linda Robson’s comforting hand away, brands Coleen “lying trash” and storms off the set. Iconic.