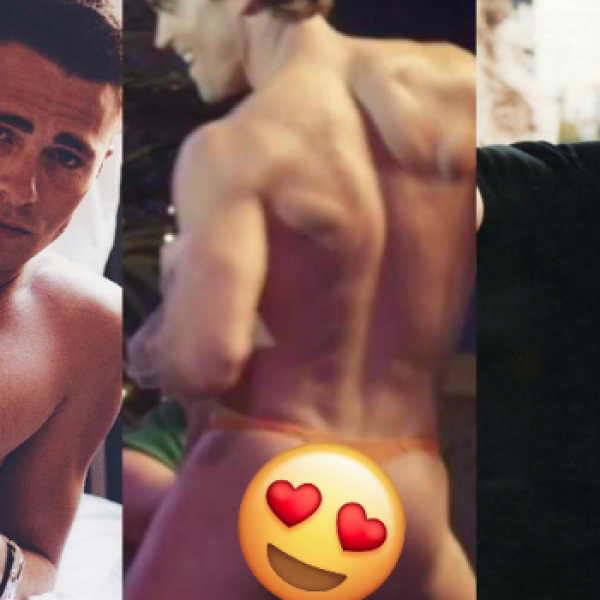 We’re Behind You: Supporting Male Thongs in Mainstream Cinema 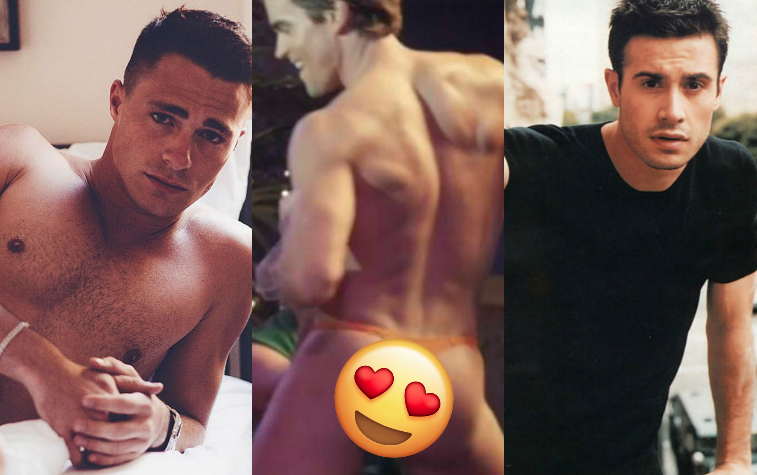 Once upon a time, you only ever really saw men in thongs if they were strippers, but now everyone who’s ever used a squat rack can appreciate how thongs enhance the junk-trunk.

And if you’re not convinced yet, we’ve rounded up some of the hottest guys, with the juiciest butts, in the skimpiest undies to help convey our argument.

Adrian Gonzalez is giving us Steve Grand vibes as he cleans the pool like a traditional cabana boy that’s about to bang his female employer’s husband. The scene is taken from From Here On Out.

Colton Haynes brought some much-needed attention to Rough Night, which we reckon may have headed straight to DVD if it wasn’t for his scene in the tiny shiny blue thong.

Darryl Stephens giving a lesson is toning that tooshie in Another Gay Movie (which really translates to: Another Shit Parody That’s Not Scary Movie). But even though we’re not laughing, at least we’re drooling: 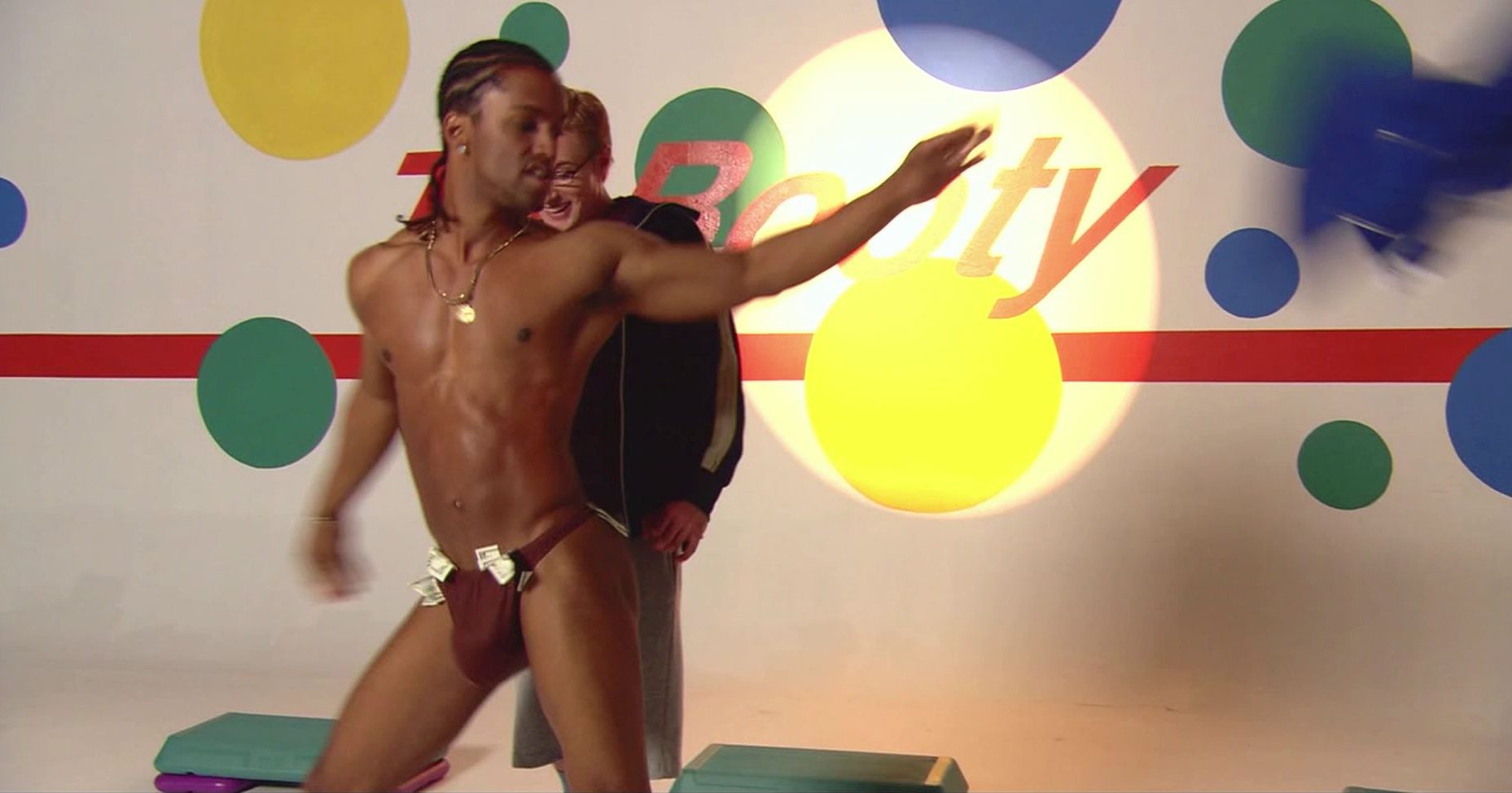 Before Ryan Reynolds bulked up to become a superhero in Deadpool, he was out here lookin’ like every other chicken before their glow-up, in Buying The Cow. We prefer Reynolds now he’s matured a little, but we wouldn’t kick him out of bed for flossing… 😉

Thomas Lennon (who very much reminds us of Keith Lemon… even just to look at), puts the flash on show for laughs on US comedy series Reno 911: Miami. Yes, that is a thong made of candy… 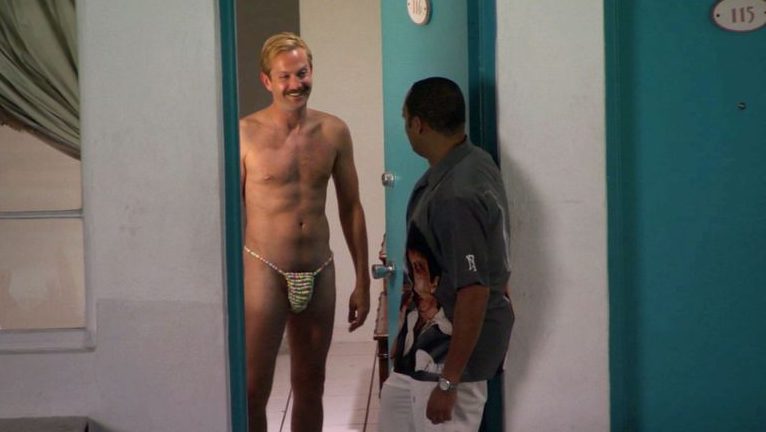 Did y’all even know Freddie Prinze Jnr also packed his buns into a thong for Summer Catch? After a one night stand on a football pitch (lucky bitch), the girl steals his clothes, and Freddie’s forced to turn up to football practice is her thong… 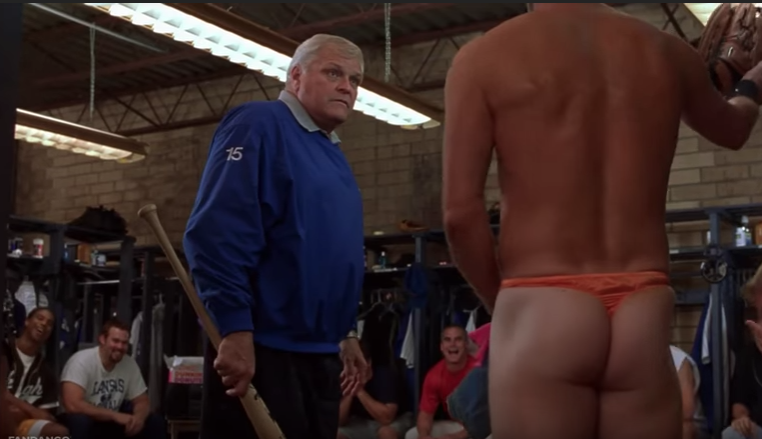 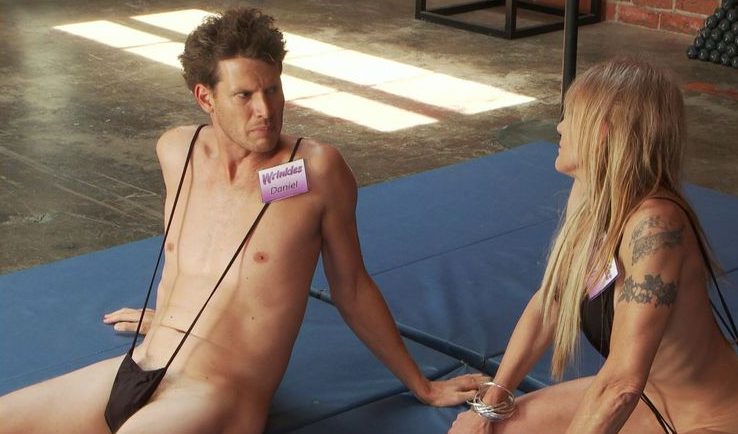 And then, of course, there’s like the entire cast of Magic Mike… Who really allowed us to see men for what they really are: pieces of meat designed for our entertainment.