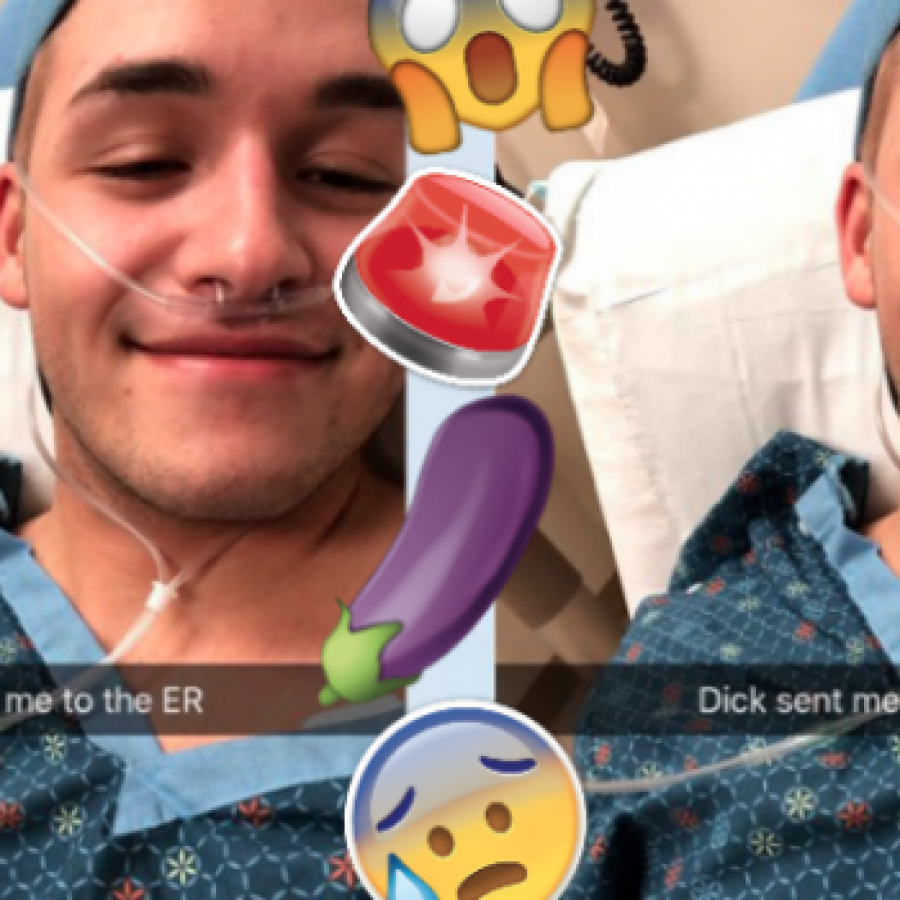 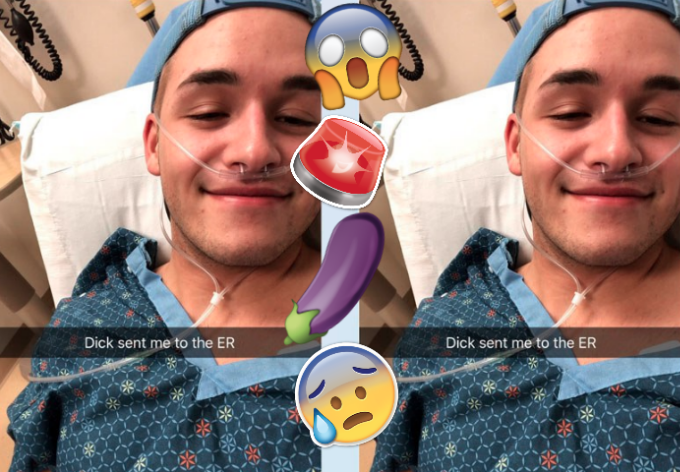 Telling people to go “choke on a dick”, is literally part of daily life. But 19 year-old Fredy Alanis took that a bit too literal. Alanis is now going viral for the tale of how challenged himself with a 10-inch dick… and wound up in the ER.

According to Alanis, back in January when he hooked up with a guy from Grindr, he noshed down on a “hulk-sized dick” that landed him a three-day stay in hospital after rupturing his airway. But only before taking a selfie from his bed. Wig.

Excuse the bad angle but remember when I sucked a hulk sized dick and ended up in the ER afterwards LMFAO never forget pic.twitter.com/dvaEITTcVs

Initially Alanis says that “nothing hurt that bad”, but the following morning he found himself hunched over and crying. Damn, that’s how you know the dick really fucked you up.

Although even after he’d realised something was up, (Alanis experience chest pains while deep-throating the beer can), he says he still finished him off: “I wasn’t gonna stop. In the heat of the moment my will power willed me to continue. Stamina.” Scream.

When asked by Them if his parents knew he gay, Alanis replied: