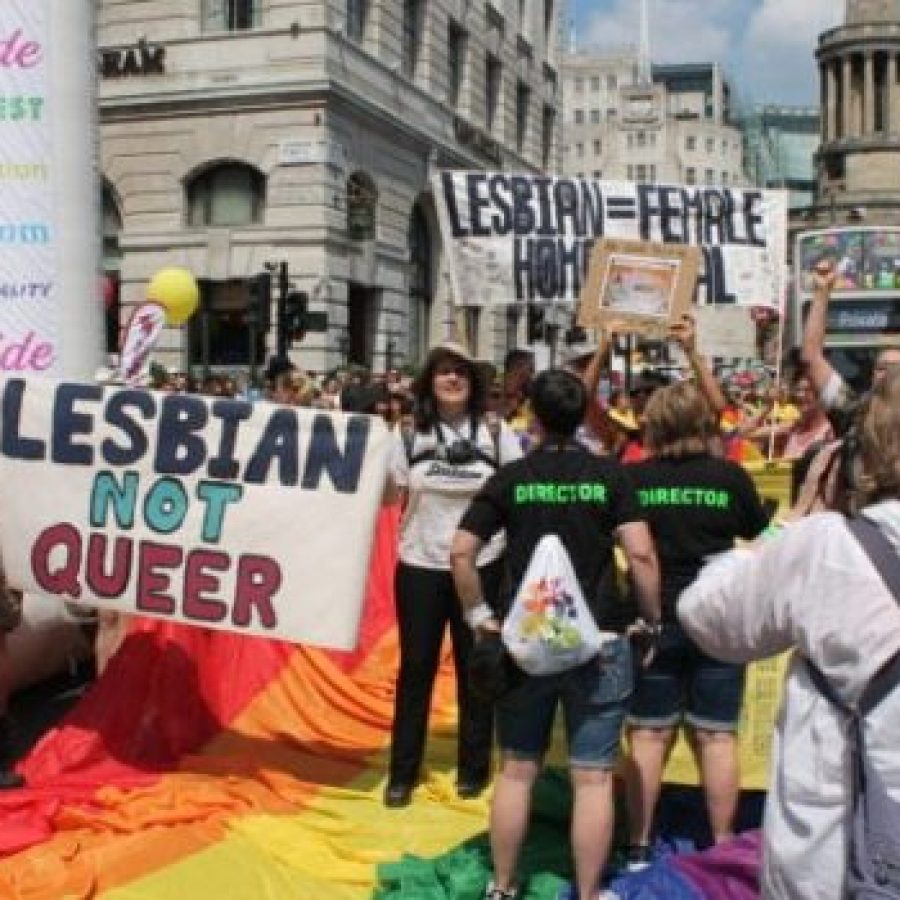 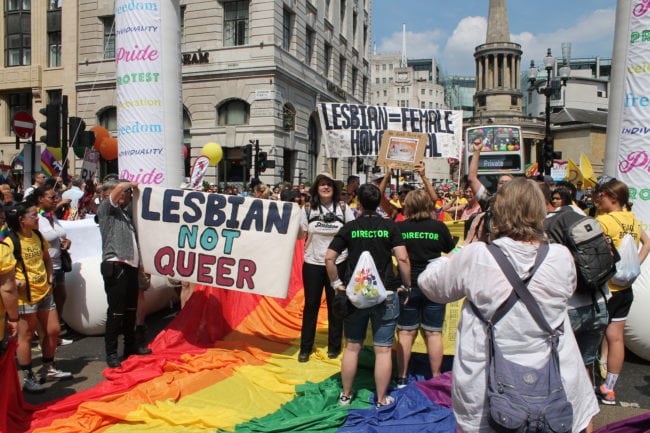 While most of us celebrated the love this weekend over London Pride, there were a few that did attempt to spoil the day; and while we’d often avoid giving them any energy or attention, we thought your hangover could probably use the chuckle.

Lesbian and feminist group ‘Get The L Out’, which on Saturday consisted of eight members, believes that supporting trans rights equates to ‘lesbian erasure’. The anti-trans protestors demanded that they walk at the front of the parade and then used this opportunity to lay down in the road in a statement against transactivism. Until officials told them there was a Pink concert at the end of the street and they moved on.

A spokeswoman for the group said:

“The GBT community today, by supporting the rights of males who “identify as lesbians” (also called “transwomen”) over the rights of lesbians to choose their sexual partners (on the basis of their sex, not how they “identify”) is in fact enforcing heterosexuality on lesbians.

“This is a misogynistic and anti-lesbian manifestation of the rape culture we live in.”

STOP THA’. Seriously, some people actively look for reasons to fight. The fact that whoever issued this even likened the idea to rape culture just shows how far up their arse their head is.

In fact, they decided that their message was so important that they took the place of the hard-working NHS in the parade.

London Pride organisers have since come under fire for allowing the protest to happen; in fact, the Terfs (trans-exclusionary radical feminists) got all the way to Trafalgar Square before they were interrupted.

Chair of LGBT+ Lib Dem said: “I am appalled that transphobic protestors were allowed to lead the march and the crowd asked to cheer them on.

“This is a betrayal of the thousands marching. The Pride organisers should resign and offer a full apology.”

If you saw the banner take solace in the fact that there was a handful of anti trans folks followed by thousands of trans folks and our allies.

Pride organisers have since issue an apology for the incident, dubbing it “shocking and disgusting, and [we] condemn it completely. Adding:

“We reject what this group stands for. They do not share our values, which are about inclusion and respect and support for the most marginalised parts of our community.