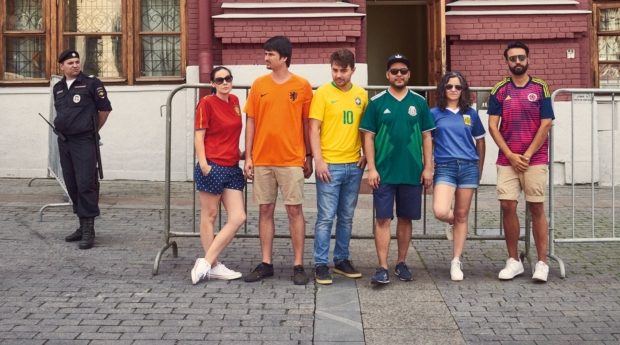 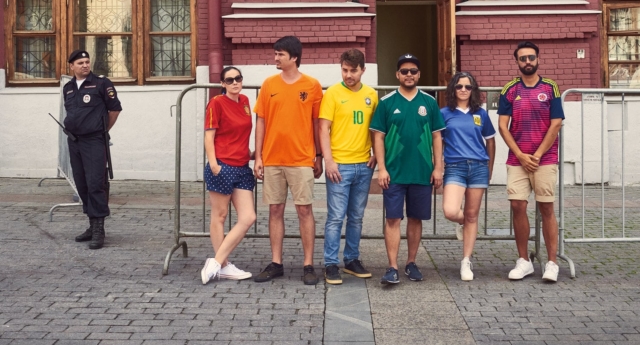 In a country where any kinf of pro-LGBT imagery is prohibited, it can be a fearful place for members of the LGBT+ community to be. But this group of activists are taking a stand in a brilliant way.

“Six activists from Spain, the Netherlands, Brazil, Mexico, Argentina and Colombia traveled to Russia to hide the LGBT rainbow flag in plain sight, using their national team’s colours to form the iconic banner of pride and inclusion—right in front of seemingly unsuspecting police officers.”

The project, Hidden Flag, is in protest to Russia’s legislation which criminalizes promotion or distribution of gay “propaganda”, which came into effect in 2013. The concept was put together by the Spanish State Federation of Lesbians, Gays, Transexuals and Bisexuals (FELTGB).

Brazilian Eloi Pierozan Junior, said it was the “most emotional project I have ever been taken part in”. While Dutch heterosexual man Eric Houter says he took part when his brother had to drop out, despite never being an activist.

“…when I understood the danger and the pressure of being out there, that reaffirmed by decision. I wanted to support. We need to see heterosexuals also fighting for this,” he said.