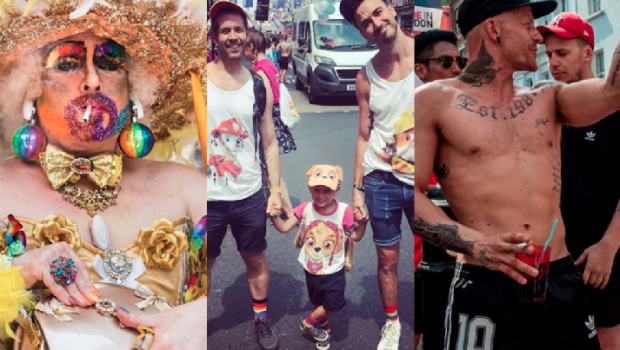 25 Photos that Capture the Love, Joy and Fun of London Pride 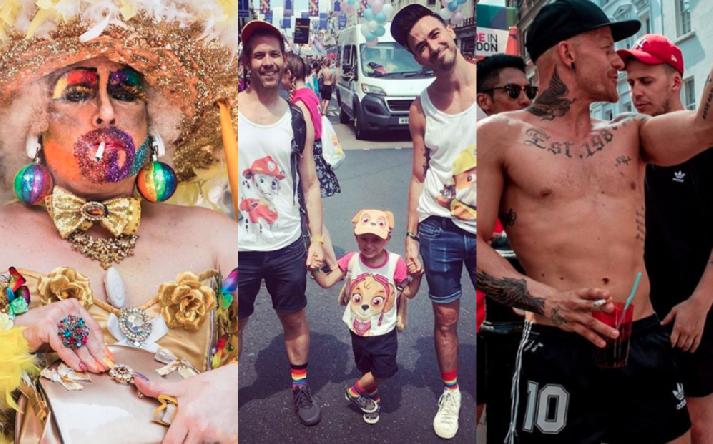 London Pride was in full swing this Saturday as over 1 million people allegedly came to celebrate the LGBT+ community; with 30,000 marching in the parade. Despite one minor hiccup, it was a day filled with joy, love and vodka.

There were declarations of love, proposals, families together, hot boys and – obviously – a voguing Hermione. Check out some of our favourite moments from London Pride 2018 below:

Dancing Hermione tearing the house DOWN:

Seeing hundreds of thousands of people flying their flag of Pride:

A rainbow-clad met police in the march:

Courtney Act on the main stage:

First #Pride & I got to see the stunner that is @courtneyact! Welcome to life in London!!! ❤????? . . . . #whydontyoucomeonovermissvanjee #missvanjee #courtneyact #rupaulsdragrace #dragrace #bigbrother8 #prideinlondon #pride18 #havepride

I never write deep and meaningfuls on my social media, but this is important. Yesterday was an incredibly moving and emotional day for me. Walking through London spreading LOVE for everyone no matter who they are. I was overwhelmed by the amount of people that related to my sign and cried, hugged me and said "thank you" or "apology accepted" or just gave me a look and a nod of encouragement. It just shows that so many people have also been hurt by family, friends and peers' hurtful words about who they are. It has taken me a long time to stop listening to people's opinions and judgments and know that God loves me for exactly who I am and I don't need to change. And that I can rest in His unfailing love for me. It doesn't matter what anyone thinks of me because I will never please everyone. But knowing in my heart that I am truly and unconditionally loved by God for being me, has changed my life. It has given me so much freedom from fear, anxiety, and depression. I am so much happier now, knowing that the only thing that matters is that God loves me for me! This past year has been a huge turning point for me. In the past, I have had a lot of negative and damaging words spoken over me from family, friends and misled religious people. As a result, this has had a very significant impact on my mental health. Because I was not able to 'heal' or 'change' myself to fit people's views of how I should be, I subconsciously ended up with unhealthy habits and issues in other areas of my life like chronic insomnia, a severe eating disorder, depression, and reliance on weed to numb the suicidal thoughts in my head. However, God spoke to me massively last year saying that it doesn't matter what anyone else thinks of me. He loves me and is so proud of me and accepts every bit of me and that's all that matters. Since hearing this and knowing it in my heart, my whole life has changed! I am free from the shame and guilt that others have placed on me. I am so much happier and my mental and physical health is so much better as a result of resting in God's unfailing love and peace. I am part of an incredible church with the most amazing people that love me for me! #pride

The royal marines marched for the first time EVER:

This queen who managed not to melt under this extravagant ensemble:

London…yesterday you were as beautiful as a rainbow because Pride Matters. Always be the city that celebrates diversity and equality.

Yesterday at London Pride, Dave and I took to the streets with a Pride flag made of childhood blankies & a call to action from @Florence , “HOLD ON TO EACH OTHER.” London Pride is like entering a world in which the beauty, community & power of gay love is celebrated at its highest caliber. As soon as we opened the flag up at Trafalgar Square, a crowd surrounded us and within minutes a community of love had formed. A mother in a hijab hugged her teenage daughter with a rainbow painted on her cheek as they laughed in joy together while posing for a photo. The impromptu crowd cheered in celebration. Couples began to take turns kissing one another to the applause of jubilant strangers. Two girls stood nervously in front of the flag as one of them got down on her knee & took a ring out of her pocket & proposed. This declaration of love brought me to tears. It was a reminder of the world that I know to be true today that took some time for me to get there. When I was 9 years old, I remember learning that I was gay from the news coverage of the murder of Matthew Shepard. I remember watching news commentators & politicians debate whether the gay community had the right to take up space on this planet, I remember the news conferences with Matthew’s parents devastated about the loss of their son & I remember thinking that the same fate was going to happen to my family. I was gay & my limited lens of the world had taught me that being gay would lead to endless amounts of pain not just for myself but for my entire family. I wanted my parents to be happy & I wanted my family to thrive & I knew none of those things could happen with a gay son. *** At the age of 9, I took a handful of pills with the intention of never waking up again. When I did awake the following afternoon, I woke up to a world illuminated by my mother’s smile looking over me & I was wrapped in my blankie had offered me protection through the dangers of life. In that moment, I knew how loved I truly was. *** I was reminded of that love over & over again this past weekend. Dave & I have had one goal with each piece that we create and share with our community & it’s that simple rem

This message from our Mayor:

This drag queen who also doubles as our spirit animal:

A phenomenal view to watch the parade from:

Mayor of London Sadiq Khan walking in the parade:

Alyssa Edwards in THIS WIG:

The puppies in the parade:

This young marcher splits-hi-fiving a queen:

This subtle but meaningful touch:

And this guy who ended his night like this…