What a Knockout! Israeli Wrestler Rixon Raus Comes out as Gay We’re always happy to welcome new members into our LGBTQ+ family when they come out publicly. Wrestler Rixon Raus – who’s real name is Nir Rotenberg – is the reigning champ of the Israeli Wrestling League.

Although, excuse us, if we don’t see why anybody would have a problem with him pinning them down.

Being openly gay in wrestling is still a bit of a taboo, (you know ’cause grappling other men’s junk is just so totes masc), but Rixon wants to change that, and now that he’s won the championship, he believes it’s the perfect time:

“I understood the extent of the responsibility and the influence that my actions have now that I am a champion, and I knew that it was time to come out of the closet in public. If I had a gay role model as a young wrestler, the fears I’ve had in the past would have been avoided.” 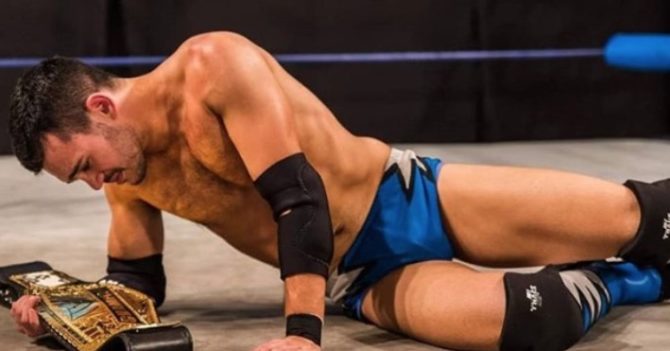 Rixon, who lives happily with his husband Ronen and their two children, also spoke out on the importance of having gay role models in all aspects of the spotlight.

“My goal is to use the wrestling platform to convey messages and to create visibility and representation of the community in a field where it has not existed to date, and to make it clear to everyone that all our successes and achievements as a community are not self-evident, and that we have much more to achieve.”