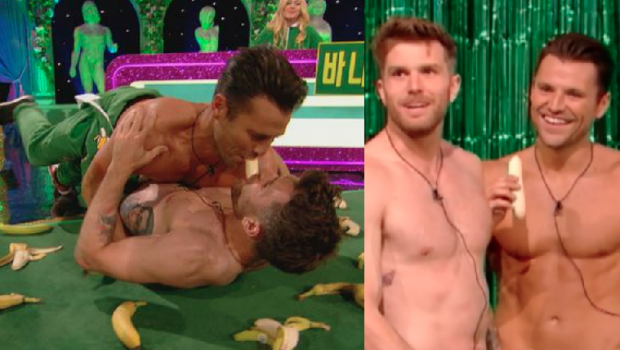 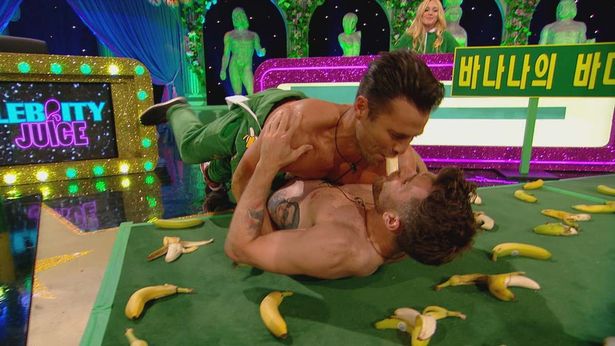 Viewers of Celebrity Juice were treated to a homoerotic surprise when the world’s blandest comedian and Essex’s hottest export rolled around half-naked. With a banana in their mouth.

ITV’s Celebrity Juice is known for putting celebrities in awkward situations during their unique game concepts, and this time reality stars Joel Dommett and Mark Wright starred in Totally Bananas Extreme. Unfortunately, the game didn’t involve either of their actual ‘bananas’, but they did go shirtless and complete an obstacle course while sharing one in their mouth.

And that’s not the only thing they’ve shared, as both have appeared on I’m A Celebrity; although Joel’s version was more He’s Trying To Tell Jokes, Get Me Out Of Here. 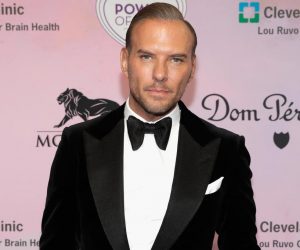 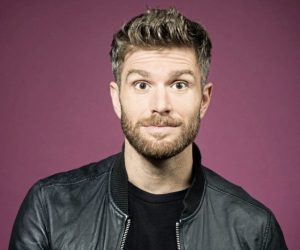 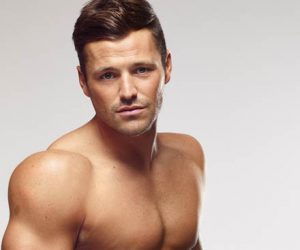