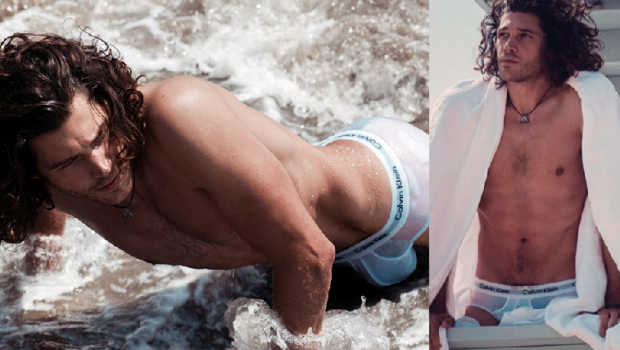 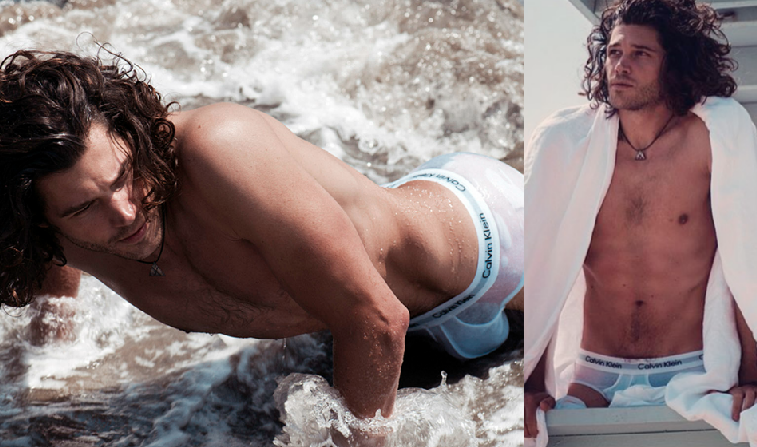 Now, just between us girls!

When we come across a piece of eye candy, we feel it’s our duty to share him with y’all. So here’s Trent Garrett.

Currently starring in HBO’s Here and Now, a drama/comedy. And while the show may not have received rave reviews online; we can certainly say that his bulge put in its best effort:

Garrett also starred in award-winning Disney show Andi Mack; the first Disney show to focus on a gay character’s coming out story. And showed his support for the break-through storyline online too:

It’s about time the veil of censorship is lifted to reveal REAL LIFE story lines that ACTUALLY HAPPEN. And I can’t wait for you all to see just how my brother @joshuarush delivers this beautiful and honest performance… SEASON 2 premiers tonight on The Disney Channel 8pm PST!!!!!!!!

And if you have fallen for his supportive outlook, (or prominent bulge), then we’re sure these insta-shots will have you fawning for him like us:

When in Mexico… balance a bottle of Mezcal on your head?? – ?: @ohsomaika

‘Twas a hoot shooting with my oldest (not in age) friend in la! He was the first photographer I ever shot with in LA and in 50ish years I hope he’s the last ?? – ?: @douginglish aka “Inglesias”

You know, I hated social media. I refused to take any part of it until 2 years ago when I realized that having an online presence had become an important asset for someone in “the arts”. So, I reluctantly joined Instagram because it seemed to be the lesser of many evils and quite frankly the most appealing due to its photography based nature. – Now that I’ve reached 100K followers, it has caused me to truly reflect on this journey of social media. Here is what I’ve learned: Human connection is powerful and very valuable to me, as a sensitive soul and an artist alike. They go hand in hand really. And Instagram has now become a Mecca for support by a fascinating diverse group of people who (for the most part) support me, my art, and what I believe to be the purpose of my life’s journey. It gives me the platform and opportunity to affect people. And that’s really at the root of why I do what I do. – So with that said, I want to thank all of you who truly support me and my endeavors. Some of you call yourselves “fans” but you are more than that. You are a big reason why I do what I do. For without ears to hear or eyes to see or hearts to feel or brains to disagree with, there might not be an artist named Trent Garrett. – So thank you, for rooting me on along my way ??✌?

There was a fire in the building, so naturally, I started to take my clothes off due to the heat while heading to the fire escape. Thank God I made it, that was a close one ???

What you do in life echoes in eternity. Posing under a pier doesn't echo at all.