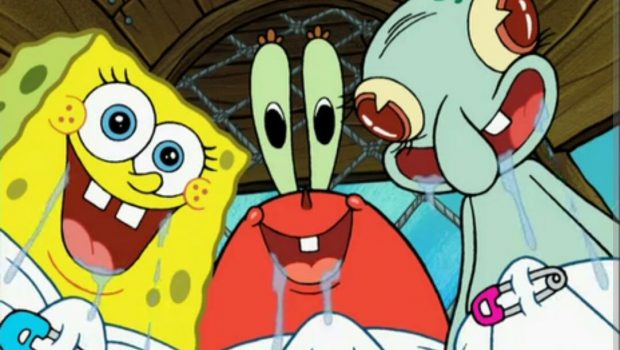 Why Every Gay Man Should Aspire to be a Circuit Queen

Listen, I was a circuit queen… Although with peroxide hair and the body of a 13 year-old girl, perhaps ‘circuit chicken’ is more appropriate; well that explains why I was clucking for four years. I was so messy, I’d come home and my dad would wonder how the trash had let itself back in. And girl, my outfits. My dealers must’ve been cutting that shit with pure delusion.

What is a circuit queen?

The Urban Dictionary describes a circuit queen as: A gay man, usually between the ages of 30 and death, who frequents circuit parties in large cities (often named after a color, as in “the white party”). Typically identical both physically and intellectually to the other 3,000 circuit queens in attendance.

Hot, right? Well here’s a ton of other reasons why circuit queens are aspirational:

There’s this perception that circuit queens walk around like their shit don’t stink, which is ironic seen as they have all the social etiquette of a skidmark. Thinking they’re better than everyone else gives them the luxury of barging pedestrians out of the way with their aggravated bacne… I mean, why should they say ‘excuse me’ when they worked for those lats? Never acknowledging anyone who’s physically lower than an 8; well, unless they’re  giving them a bump.

If only they put as much effort into being good people as they do to collapsing like the Twin Towers every Sunday afternoon. Clubs should start issuing earthquake alerts, so you know when it’s the real deal or just the muscle marys dropping like flies. But we’re not surprised they put themselves to sleep; they’ve been resting on pretty their entire lives.

[RELATED: There Isn’t a Sea Big Enough to Drown Out the Epidemic of Thirsty Gay Men]

Most circuit queens have as much charisma as the succession of repetitive beats they listen to for three days. Working so hard to be attractive, they forgot to be interesting; yet to realise they’re appeal has the lifespan of a glow-stick.

If only their personality was as colourful as their Andrew Christians; alas they’re a lot like parrots, vibrant ensembles with not much to say. “Polly want a Molly?”

I mean, who needs 5mls when you’ve got their stimulating conversation?

Although they’re obviously way smarter than anyone gives them credit for, as though they flunked math and science, they can still measure out a shot with the same precision as their macros. (Albeit with as much discretion as a water buffalo in a tutu).

[RELATED: 10 People You Meet on the Gay Scene]

They clearly work exceptionally hard on their bodies, with a strict diet of chicken, broccoli and G. But does choking on meat in the dark room count toward your protein intake? While the exterior is undeniably impressive, y’all know their organs operate like rusty cogs.

Their visage isn’t complete without some form of tribal tattoo, tumour tits and an inflated ego. What y’all been injecting your self-importance with steroids too?

But hey, they possess the unique power of being able to distract guys with their beefy breasts while their jaw swings like a desk pendulum. I mean, how many times have you been so busy squeezing a stud’s guns that you haven’t even noticed he sounds like Jack McFarland?

Considering they spend 70% of their life on dance floors (20% at after parties, 5% coming down,  5% at work), you’d think they’d understand the concept of rhythm… nope! Most circuit queens couldn’t find the beat with a stethoscope. Even the ones employed to dance on podiums only have to meet one requirement: Brazilian.

In fact, the only moves they’ve truly mastered are fan-clacking and squiffing out. So if you’re expecting a death-drop, the truth is they’re more likely to drop dead.

But give them their due though… I mean, sure, Beyoncé can bust out a 4-minute intensely choreographed routine at the drop of a hat, but can she two-step to the same song for 13 hours straight? No ma’am.

[The Road From Vauxhall: Where Will the Club Kids of South London End Up?]

A lot of circuit queens are just lost gay men looking for somewhere they fit in, and clearly they found it; couldn’t pick one of the cunts out of a line-up. But they’ve truly been rewarded with friendships so deep you could paddle in them, and relationships that last as long as a DJ set.

Although, unlike some gays, circuit queens are very welcoming of women, and they must have the most flourishing friendships, I always hear them get so excited talking about Tina, Gina and Molly.

[RELATED: Jockstraps in Clubs? It’s All Fun and Games Until Somebody Sharts]

Category is: delusional realness! The idea of circuit fashion is to see who’s outfit can make the most people deaf just by looking at it. And all while using the least amount of fabric. How’s that for a mini-challenge, Ru?

Trend-setters of the scene, circuit queens are always spotted in this season’s must-haves; pair a PIG jockstrap with an elegant Pat Butcher drop-earring, and anything with plastic gold spikes on, to achieve edgy high-fashion couture. Victoria Beckham, who?

And age isn’t even a factor! In fact, dressing your mutton-ass up like lamb is actively encouraged. The real trail-blazers are serving neck bandanas, just like a 43 year-old Boy Scout! WERKK! Although if you can still breathe, it’s not tight enough, hun.