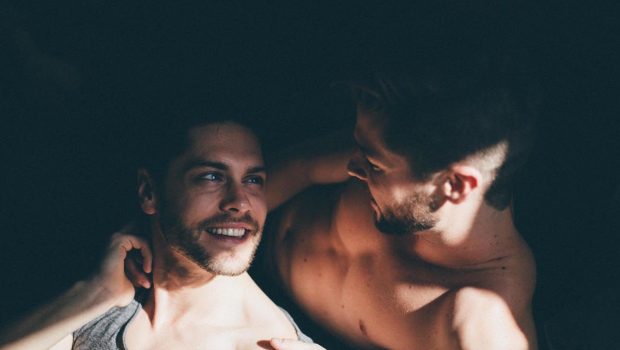 Another study has confirmed what a number of its predecessors have already suggested; that ‘straight’ people are not as straight as they may seem.

Entitled, Heterosexual College Students Who Hook-Up with Same-Sex Partners, the study of 24,000 undergraduates revealed that as many as 1 in 8 men – who identified as straight – have had sex with men.

It reads: “There was a big disconnect between what people said their sexual orientation was and what their actions were.”

And that disconnected is often seen in real life in the form of a six pack of beer.

[RELATED: Straight White Men are Giving Each Other ‘Bro-Jobs’. And it’s Really not Gay]

What researchers Arielle Kuperberg and Alicia Walker concluded from this, was that were two reasons why men who identify as straight would have sex with other men: experimentation and “performative bisexuality.”

Performative bisexuality refers to someone who enjoys the act because of the reaction rather than the act itself. The arousal in their partner, attention they receive from them and sexual tension are more arousing than the physicalities. Which is why people who experiment with performative bisexuality don’t usually consider themselves to be genuinely gay or bi.

Well, if any straight men wanna test out some performative bisexuality, we’re sure there’d be an abundance of generous volunteers.