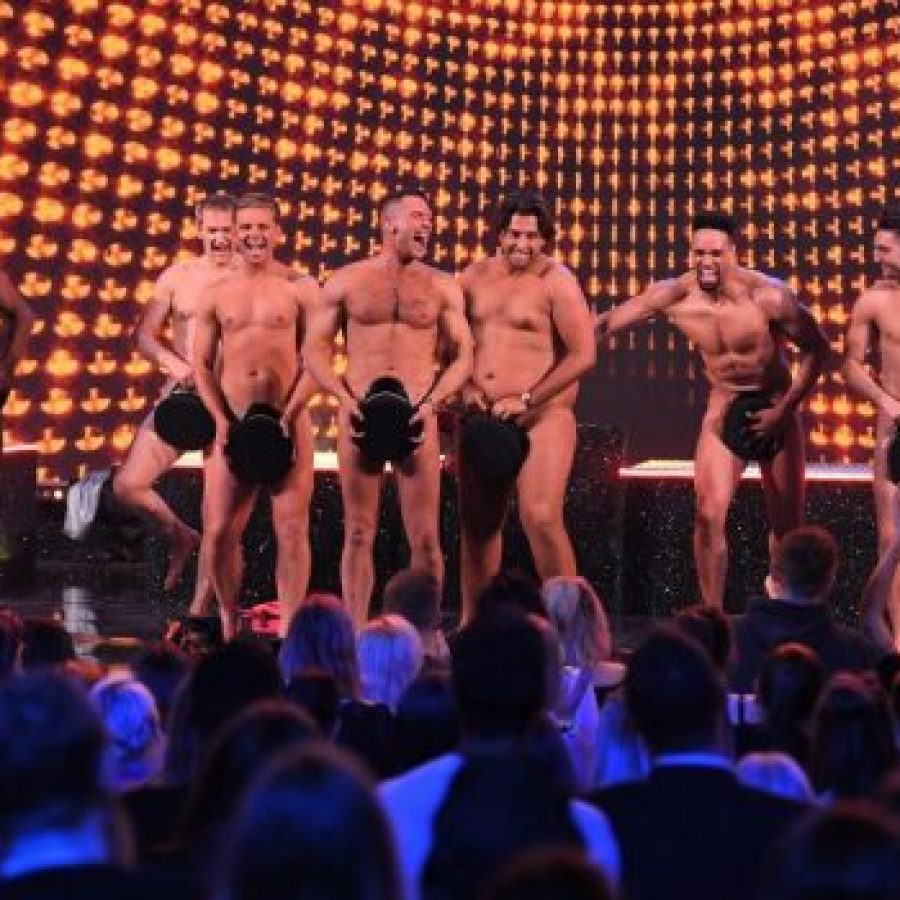 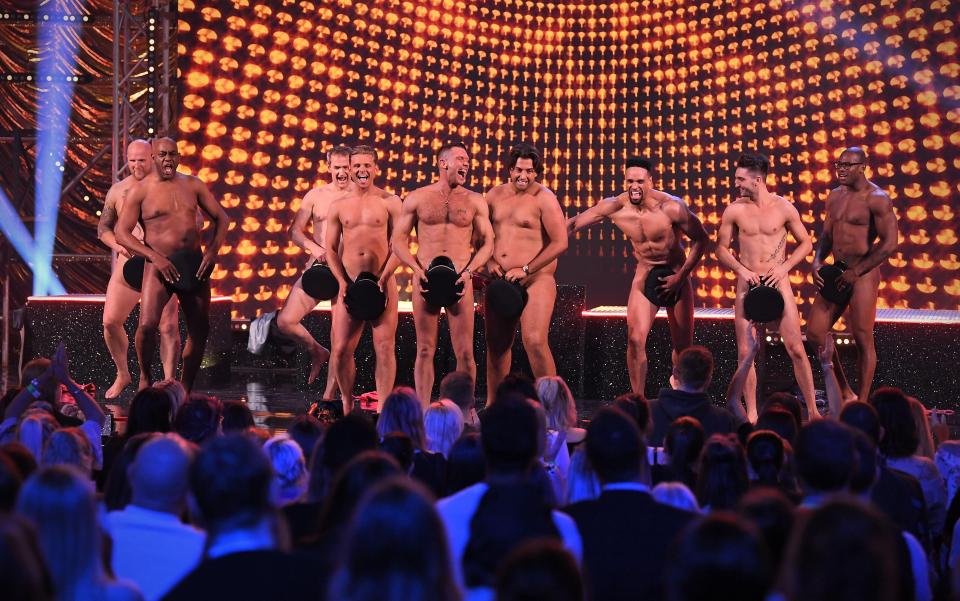 You can leave your hat on, but definitely take the G-string off.

ITV series The Real Full Monty, returned last night after last year’s success, to see a troupe of entertainers strip off for charity. Which, translates to tuning in 4 minutes before the end to get a glimpse of semi-famous dick. Well, barely. Viewers at home got a rear-ly good view, but those in the audience got their money’s worth.

All the while raising awareness about male cancers and the important checks men should be making on their bodies. And if you’re confused as to how to do that, Ashley Banjo had his done live on the show.

In the showers, the guys taked note of the size of Brazier’s manhood. “There’s a lot more willy talk than last year,” chimed in Armstrong.