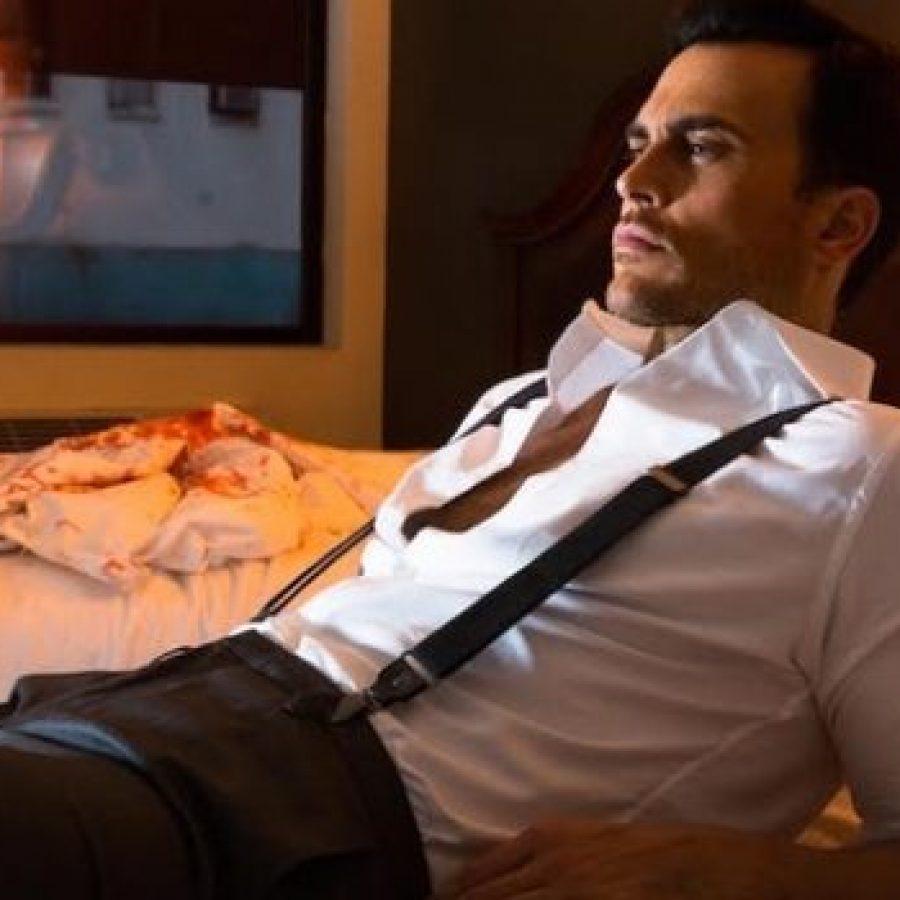 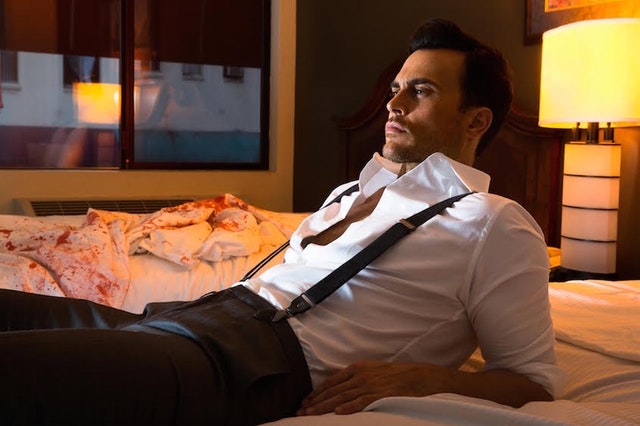 Cheyenne Jackson’s flesh may have been busy snatching screen-time in American Horror Story: Hotel, but clearly the actor doesn’t mind.

Jackson’s role in the recent musical drama, Hello Again sees him strip off for a number of scenes, and we certainly ain’t mad about it.

From IMDB: Ten lost souls slip in and out of one another’s arms in a daisy-chained exploration of love’s bittersweet embrace.

The string of brief sexual encounters are interlinked until the plot comes full circle. So it’s kinda like GLEE meets Call Me By Your Name meets Crash.

Jackson plays Robert who is seduced by Pretty Little Liar‘s Tyler Blackburn. But also falls into bed with women too.

After playing a bisexual property developer hung up on Lady Gaga for Ryan Murphy’s glossy horror series, this was a walk in the park. 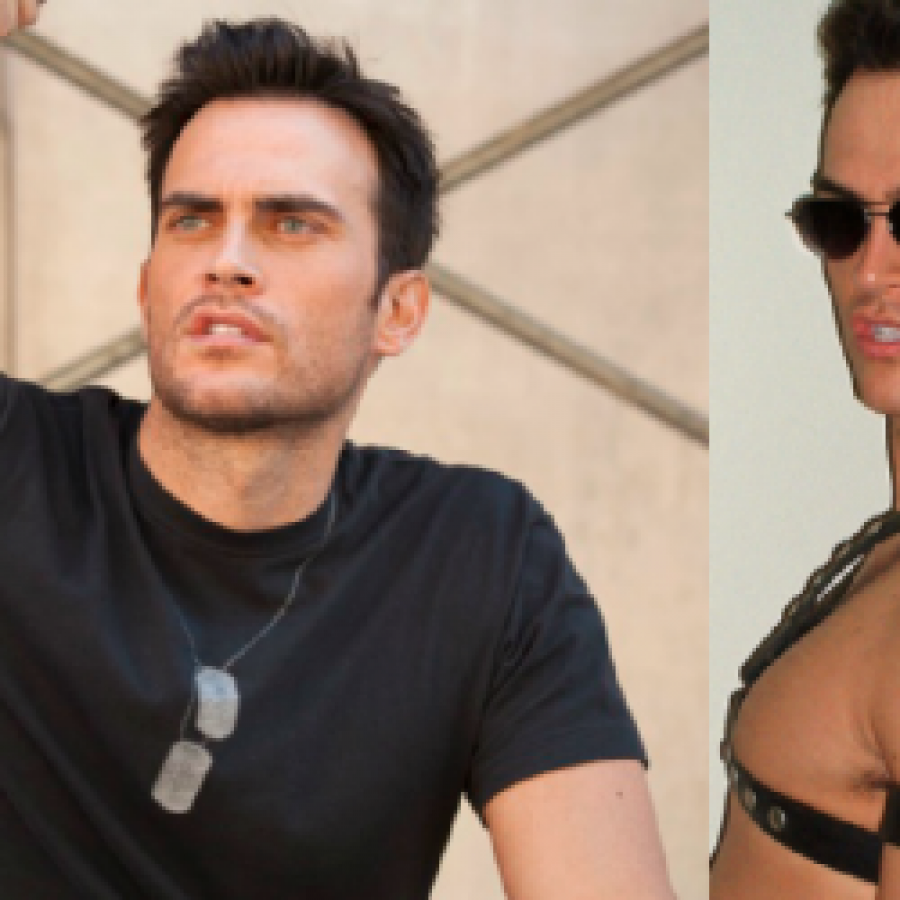 TBT: Cheyenne Jackson Sending a Photo of Himself in Fetish Wear to a Chorus Boy