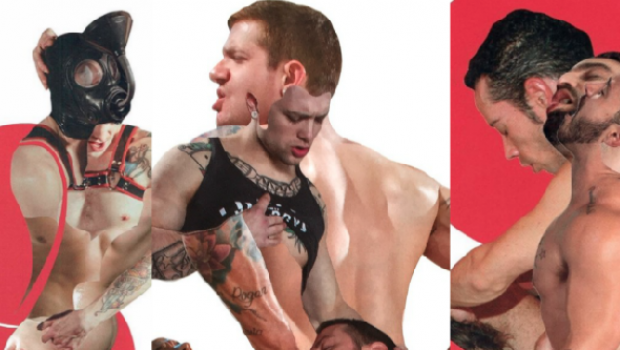 When we take time out from obsessing over the insta-bodies we’ll never have and making truly offensive memes, we often come across the talent many modern artist’s are using the platform to promote. Dervin Baratlo, is a collage artist from the Philippines, now based in the UK.

[RELATED: Artist Photoshops The Queen into Rihanna’s Racy Outfits, and it’s Everything]

“I have been blocked on Facebook, on numerous occasions because of my work, works that I didn’t think were that offensive,” he goes on. (Oh honey, we’ve been there!)

“There are a lot of  individuals who seem to be less open-minded when it comes to nudity. I think people should be exposed to pornography more often so they don’t  feel uncomfortable when confronted with uncensored imagery.”

Having been creating collages for the last 17 years, Dervin says the idea of recycling images and creating something new excites him; changing an image’s original meaning through deconstruction and reconstruction. Bartalo studies his images after printing them, in order to create work that relates to his subjects, before carefully planning and laying out his piece.

On his subject matter, Dervin sounds off: “I am fascinated by the idealised world being portrayed in pornography.

Scroll through more of Dervin’s work: 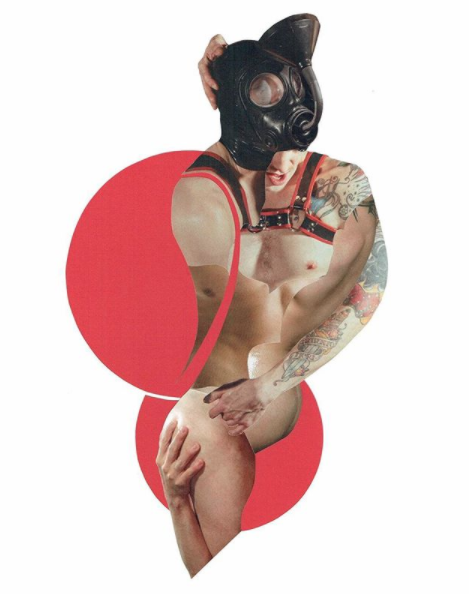 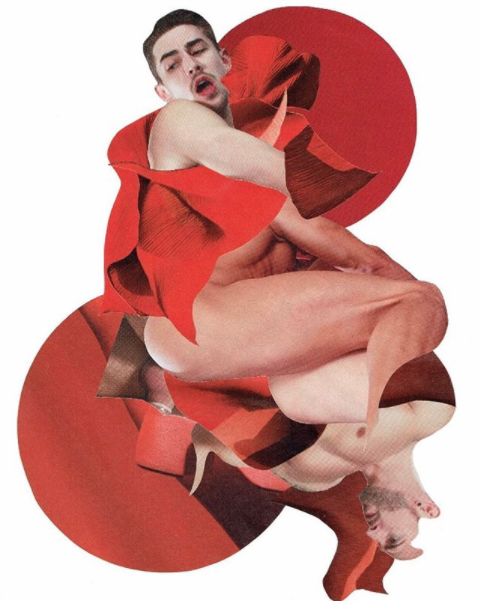 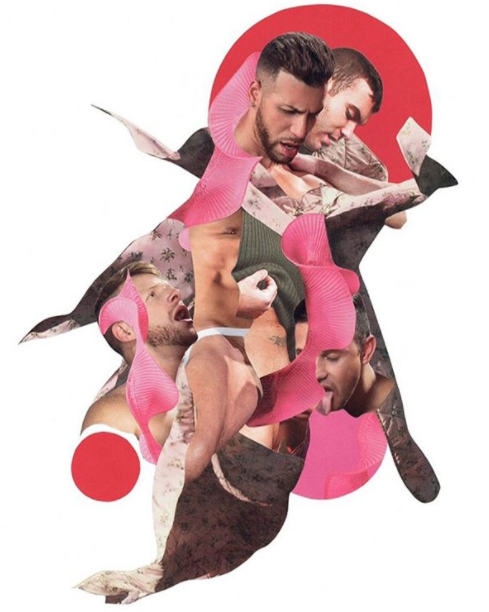 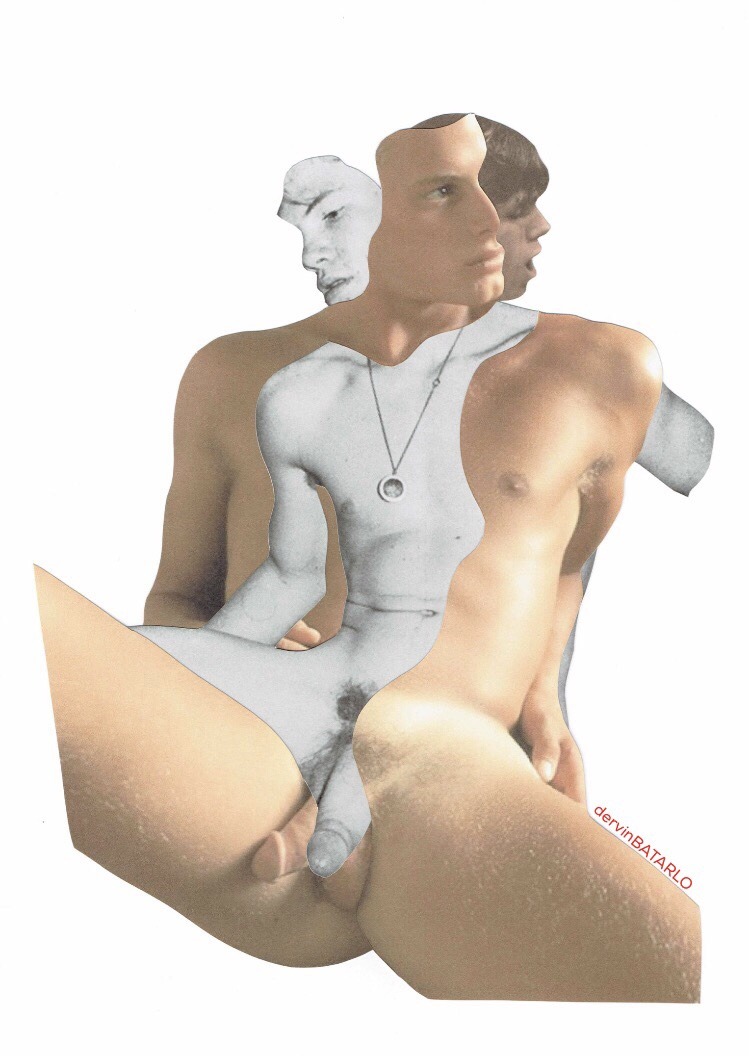 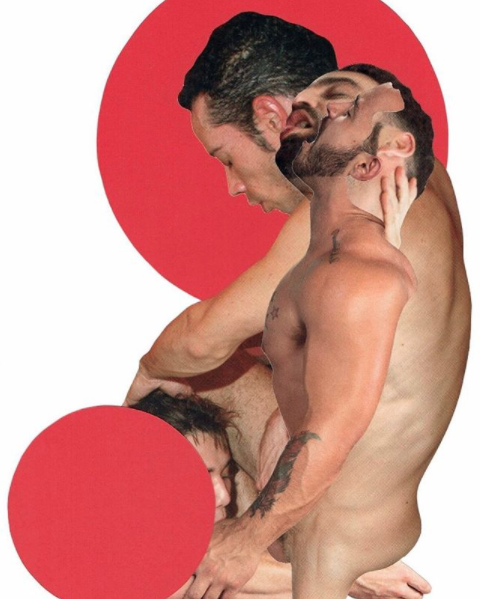 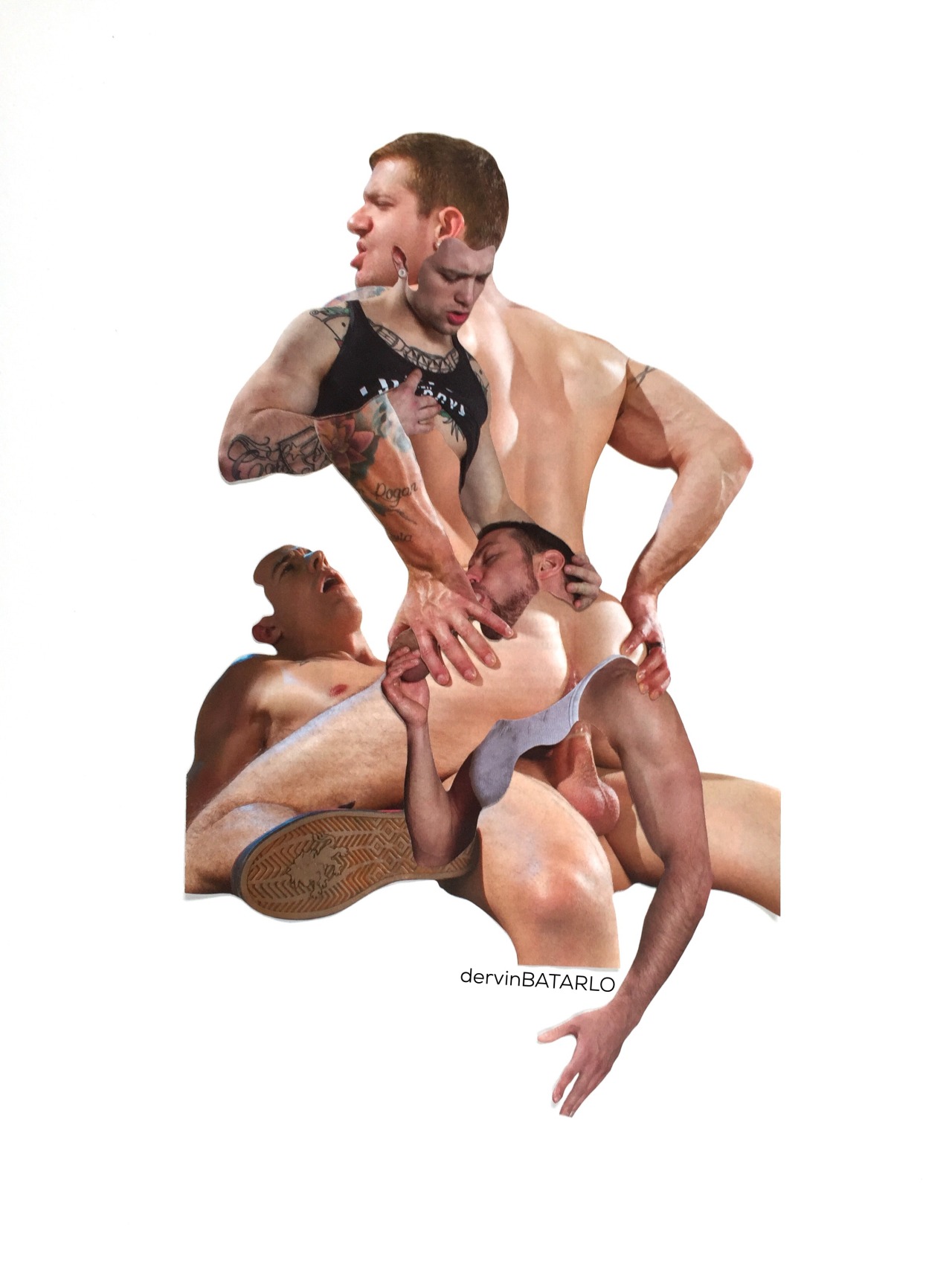 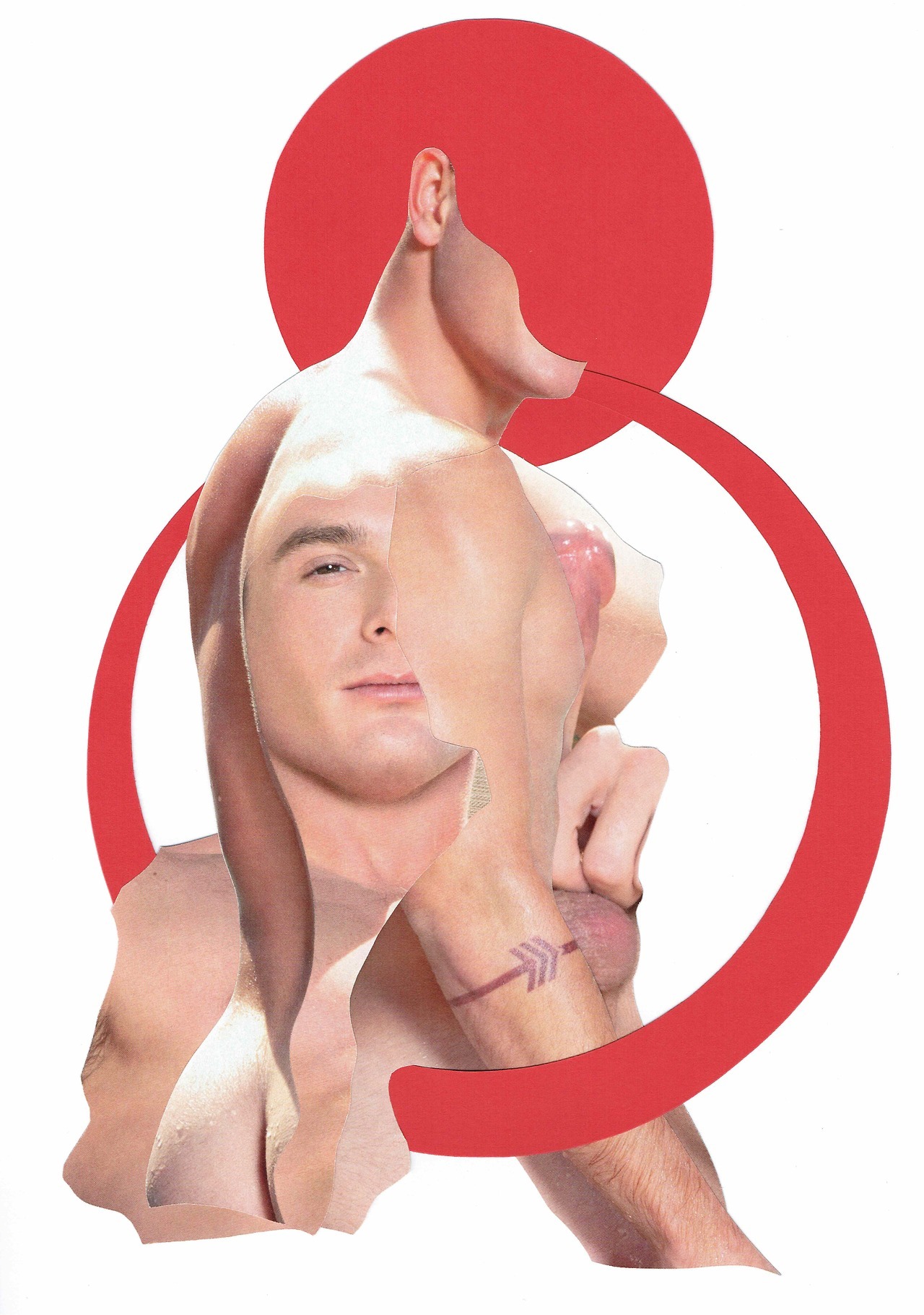 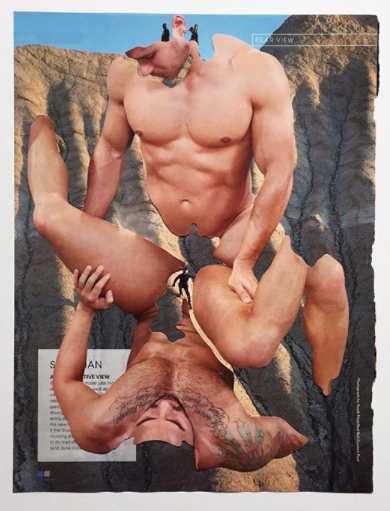 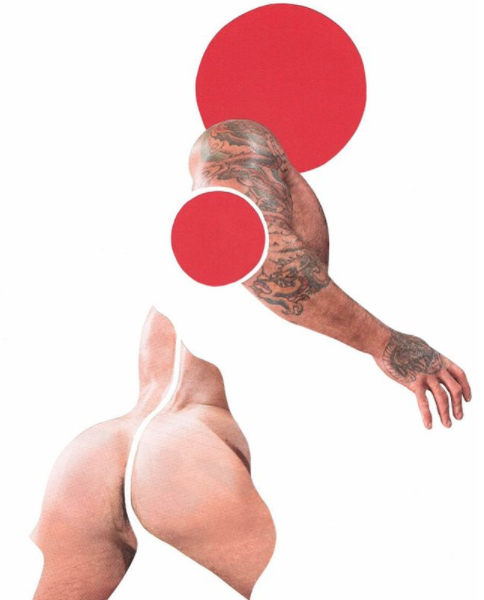 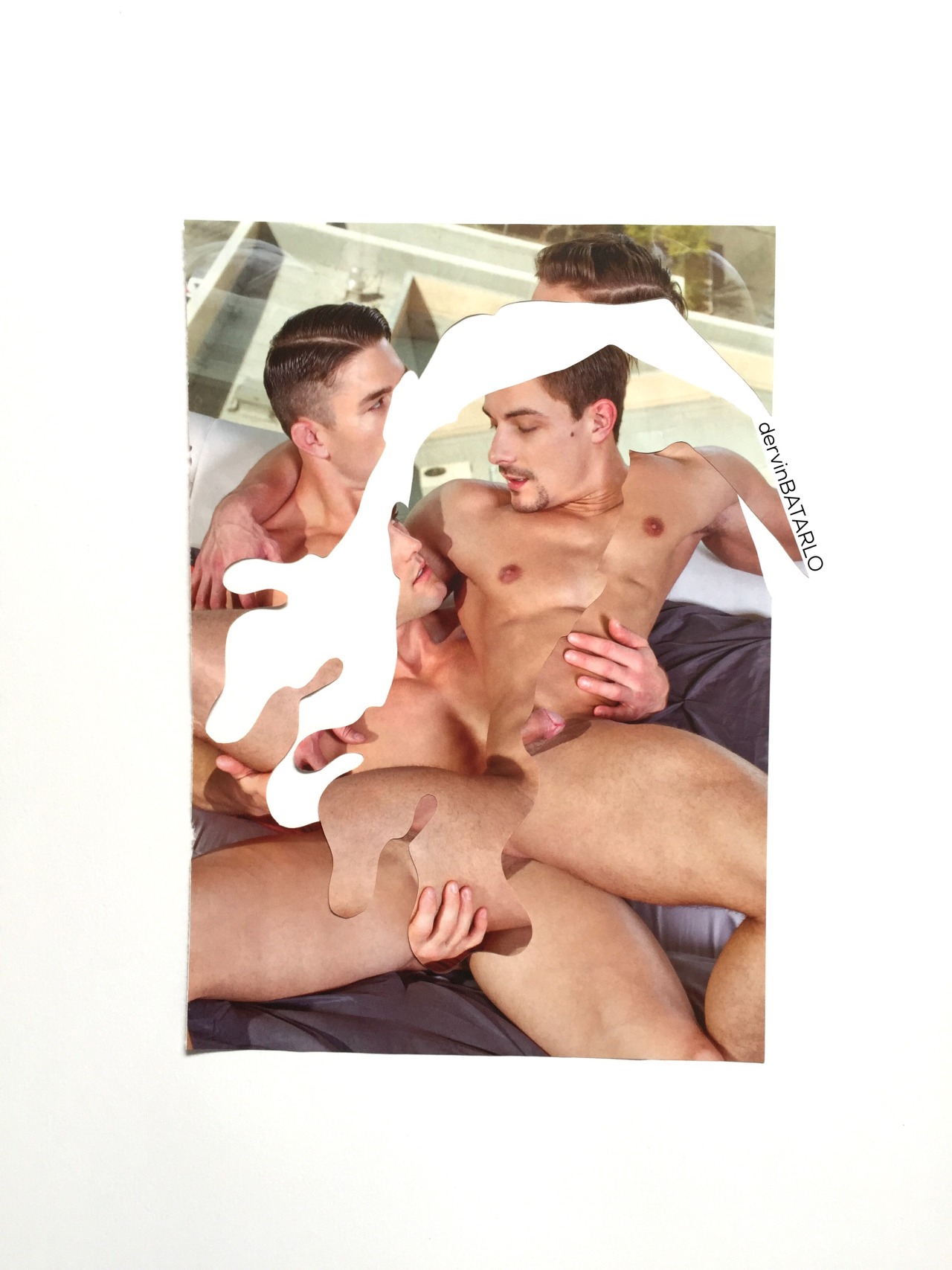 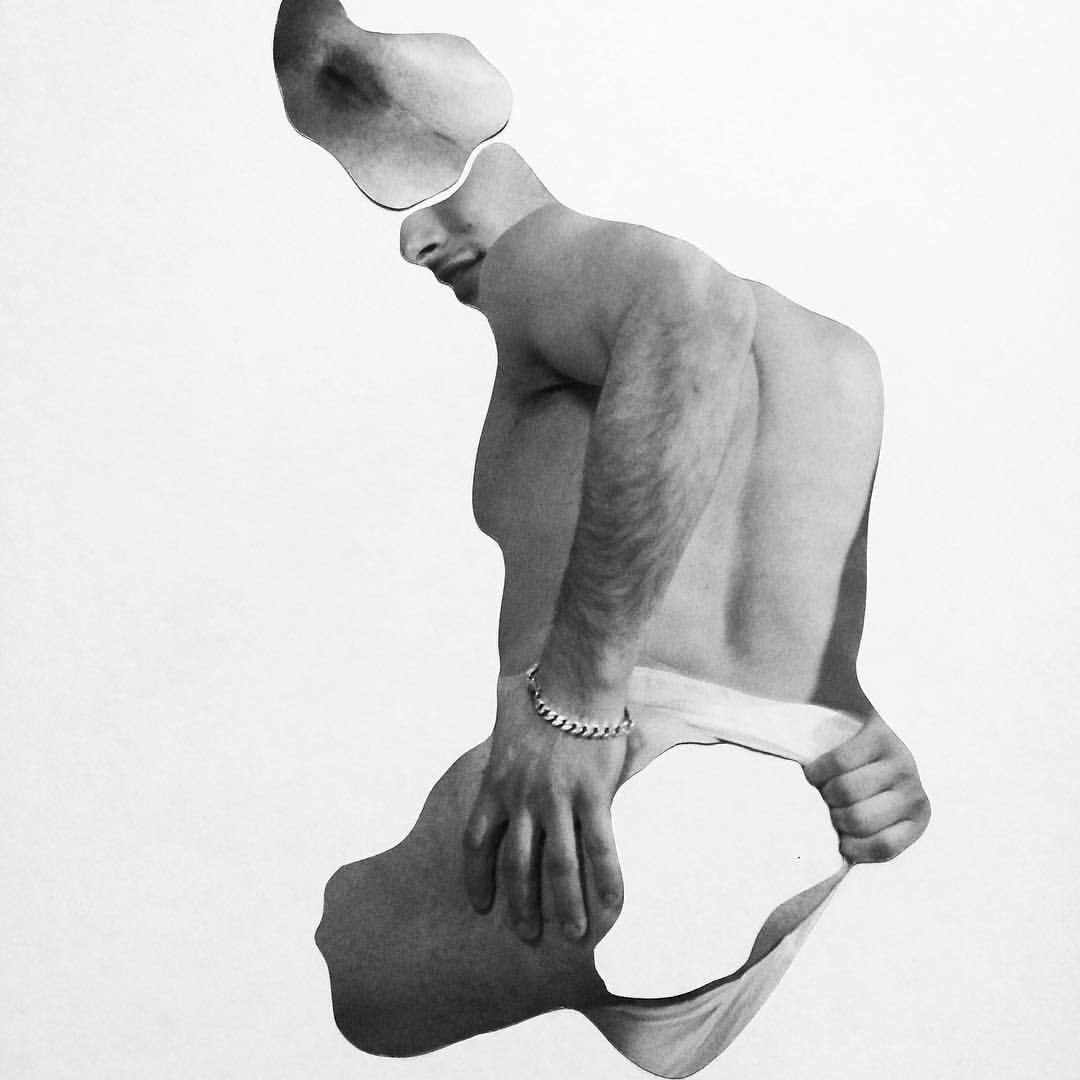 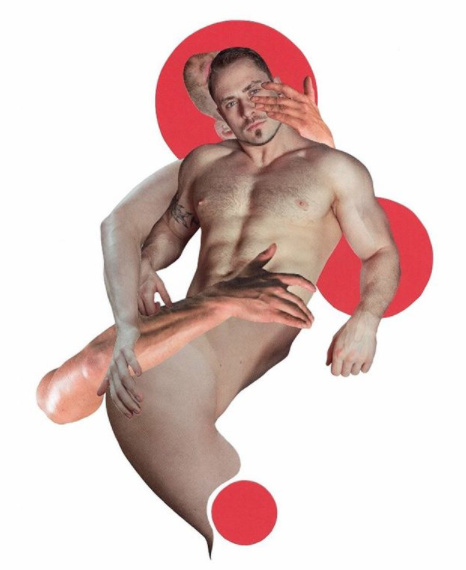 PREACH! The entire world is so uptight right now, the government should be more concerned with prescribing valium on mass order than WW3.

Despite that though, Dervin says most of the responses to his work have been positive.

“I’m thrilled to have social media followers from different countries, not necessarily because they’re into sexual imagery but that they like the style of my collage.”

But what’s the message?

“That pornography is an art form in its own right. I am merely using it to create something different and personal to me”.

Follow Dervin on Instagram, or you can see his pieces in their (morning) glory on his NSFW Tumblr.