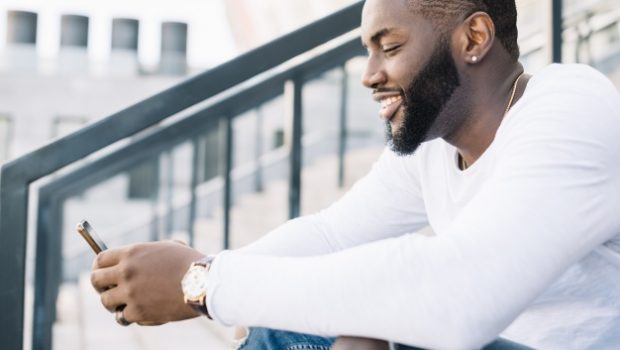 Most of us have probably got some aunty/uncle/backward cousin that doesn’t approve of our lifestyle. But when Arkee E. a pansexual writer was confronted by his, via text, he took it upon himself to respond accordingly.

Arkee E. had written an article “Losing My Father to Toxic Masculinity and Trying to Recover My Broken Spirit,” for Afropunk, which his ‘traditionalist’ aunty came across.

After asking if he was gay, Arkee E. states: “I didn’t cuss her out. I really am growing into a better person.”

In the exchange he responds to his aunty: “While you’re worrying about my sexuality and what God is and isn’t okay with, you are shacking up with a whole married man in your house, and you’re not even divorced from your first husband”.

So my aunt tried it, and I think I handled myself fine. I didn’t cuss her out. I really am growing into a better person. pic.twitter.com/XASylDTK4o

But when she dropped the F- bomb, she wasn’t even READY for his read:

I had to read her ass. I guarantee you she won’t call anyone else a faggot ever again. Ol’ shake-and-go wig wearing hag. pic.twitter.com/YCAAnPCVfa

Listen here, you saggy old, uneducated former drug-addict who had her children taken away twice: You cannot judge anyone. You walked down a dangerous path, collected every sexually transmitted infection that you can, and one day decided to put on an ashy ass wig and become a woman of God.

You’re absolutely nothing. You are a disgusting old homophobe that’ll drop her shit-stained panties for any guy that smiles at you, whether they’re missing teeth or not.

And yes, I do like men. And also, the guys I go for run rings around the guys you bring home every Saturday night, right before you run to church every Sunday and act like you do no wrong.

You can’t comment on anyone’s sexuality either, sweetie. At one point in time, you was licking and sucking on clits to pay for crack instead of taking care of your children, that’s why they got taken away twice — not once, but twice.

Stop worrying about my lifestyle and worry about how you’re going to remove the crows feet from underneath your eyes and the potholes on your face from your meth era, Pastor Dusty Wig. Bye, ugly.

When Arkee E. told his mother about the exchange, she responded: ‘Why didn’t you tell her to find her dentures before running her mouth?”

And that, is how it’s done.