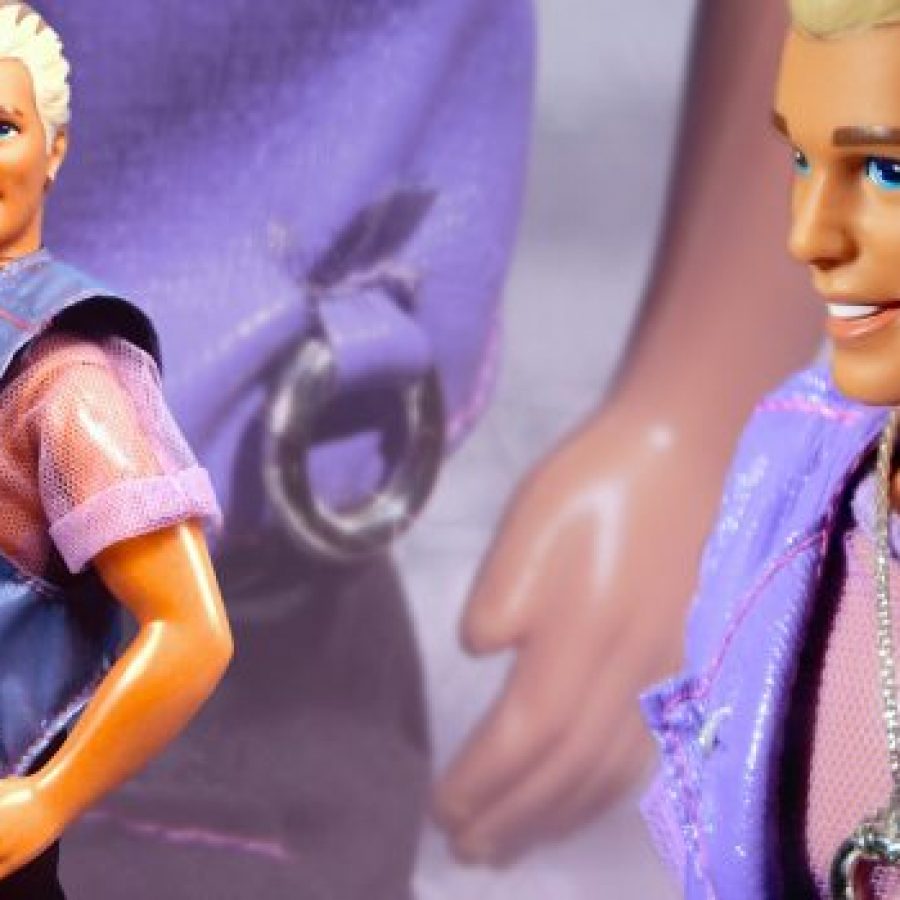 Back in 1959, Mattel, the doll manufactures responsible for the best selling doll of all-time, created Barbie. (For you Millennials, that’s a plastic-version of Regina George). And though Barbie was undoubtedly a staple for any girl’s toy box, her man Ken didn’t fly off the shelves like she did.

During their market research in ’92, makers discovered that little girls didn’t think Ken was “cool” enough. (Give it time huns, when you get to 17, you’ll take any chump with a car). And so as part of the workshop, what they uncovered to be cool (in terms of their demographic) was the in-your-face stylings of 90s MTV.

Although, this Tumblr post suggests that researchers headed to raves to find what was ‘cool’ – and, unknowingly, encountered a bunch of disco queens.

Regardless, the outcome was Earring Magic Ken: a peroxide blonde doll in a purple leather gilét, mesh vest and silver stud. Mans looked like he just minced straight outta an audition to be in N’Sync.

Although, one style choice had flown straight over Mattel’s heads; the fact that Ken was sporting a cock ring around his neck. We’re not quite sure what good it was doing there… But that was 90s fashion; gays and their girls stitching cock rings to their jackets, zips or anywhere they could.

With the placement indicating one’s sexual preference (like a more modern hanky code), and Ken’s indicated that his preference was passive; well he’s got no gentialia to top with, to be fair.

Ken may have always seemed like a ‘mo to any vaguely-tuned gaydar, but he was still being marketed as Barbie’s man. Something which left the LGBT community in stitches, to say the least. Needless to say, Mattel and parents worldwide were not as amused.

Magic Earring Ken flew off the shelves for six weeks, until he was pulled for the mistake. But in just those six weeks, he sold more than any other Ken doll produced.

We’ve leave you with this quote from one Tumblr user:

“And now every time these wheezy old hetero windbag execs go to look at their sales board, they’re forever haunted by Magic Earring Ken at the top of their charts.