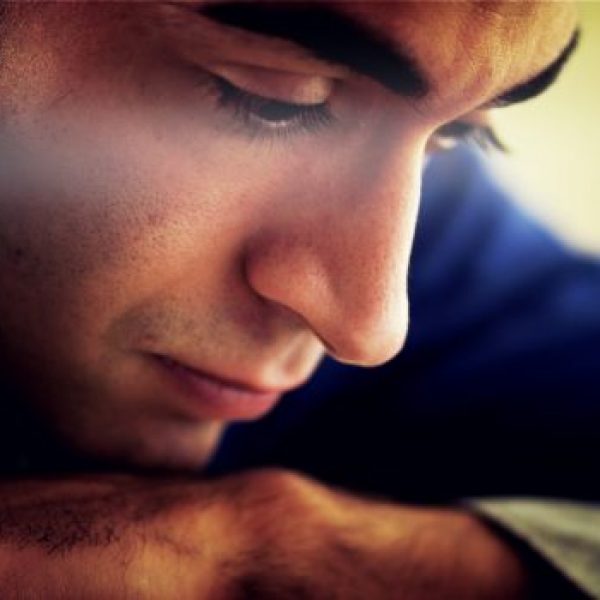 FAGONY AUNT: “I’m Devastated My Girlfriend Left Me for Cheating With a Man”

I ended up in bed with another man last week. My girlfriend found out and now she has finished with me. I had a couple of sexual encounters with men before I got together with my girlfriend six months ago. I am 23, she is 22.

She is beautiful and loving and I care for her. I thought we could have a future together though I still sometimes feel the urge to be with a man.

Last weekend I went out with some male friends. One of them brought his cousin along. This guy was really fit.

He started flirting with me and I responded. We left the pub and went to his where we ended up in bed. My girlfriend found a text from him on my phone which gave the game away. I am totally devastated. How can I win her round?

[RELATED: Fagony Aunt: “I keep Having Sex Dreams About my Husband’s Twin Brothers!”]

[RELATED: Fagony Aunt: “Should I tell my Ex-Lover’s Wife that he’s a Closeted Cheater?”]

I’m sure many of us can empathize and relate to your situation, after all, we all know how easy it is to “end up” cheating. It’s like ‘ending up’ with a seven year cocaine habit, or ‘ending up’ having gender reassignment surgery; it happens.

Clearly, I don’t have to highlight what you’ve done was a mistake, as you’ve just compiled a list of reasons of how great she is. If only it was as long as the schlong you were gagging on over the weekend. I mean, hun, if you thought you could have a future with anybody while getting a little sodomy on the side, you crazier than them queens who drink petrol for kicks.

Although it has to be said, your “urge” to be with a man is understandable. It’s what we experienced thots call ‘the allure of the D’. It’s like the song of a siren, almost silently beckoning you to put your ankles behind your ears. But that’s no excuse to betray your bae. (Even if it is the skinhead cousin that drinks Stella and then drops his guard – and tracksuit bottoms).

You’re what medical professionals would call, ‘Temptation’s Bitch’; you wouldn’t have lasted a day in the Garden Of Eden – and not just ’cause you’d be choking on Adam’s snake. You always want what you can’t/don’t have; you had a wifey, but craved the cock. Now you’re balls deep in the cousin, you want your girlfriend back. I’m not saying you have to pick a team, just pick a status; single or not.

It sounds like you didn’t take much persuading in this situation either, and I can’t help but wonder what would have happened if you hadn’t been caught. If you believe that you’ve had “ended up” getting cream pied again, the best thing you can do is leave your girlfriend alone. If you truly believe it was a one-off, grovel, buy jewellery and ask her how she feels about wearing a strap-on.