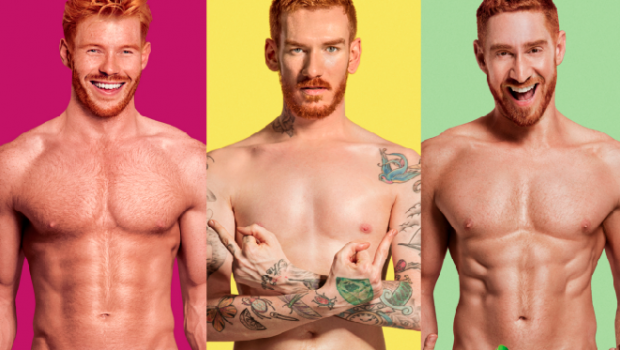 ‘Red Hot C**ks’ Photographer, Thomas Knights: "There Was a Lot of Windmilling Going On" 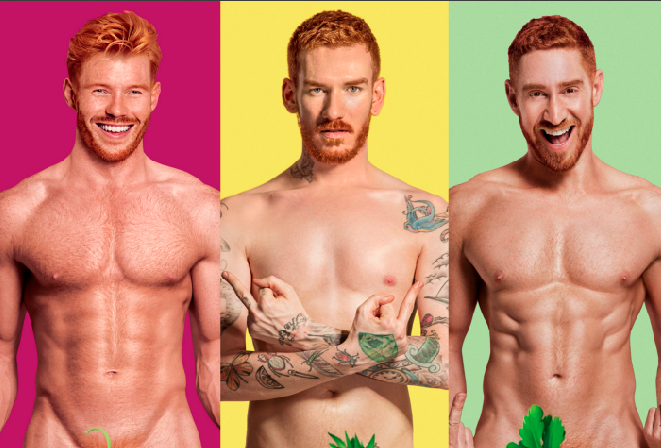 The Red Hot series – that shows ginger models in all their glory – returns for another year, only this time they’ve gone NSFW. And you know our favourite kind of work activity, is the Not Safe kind.

In light of their most recent project, we caught up with fashion photographer Thomas Knights and British designer Elliott James Frieze to talk… well, ginger dick. 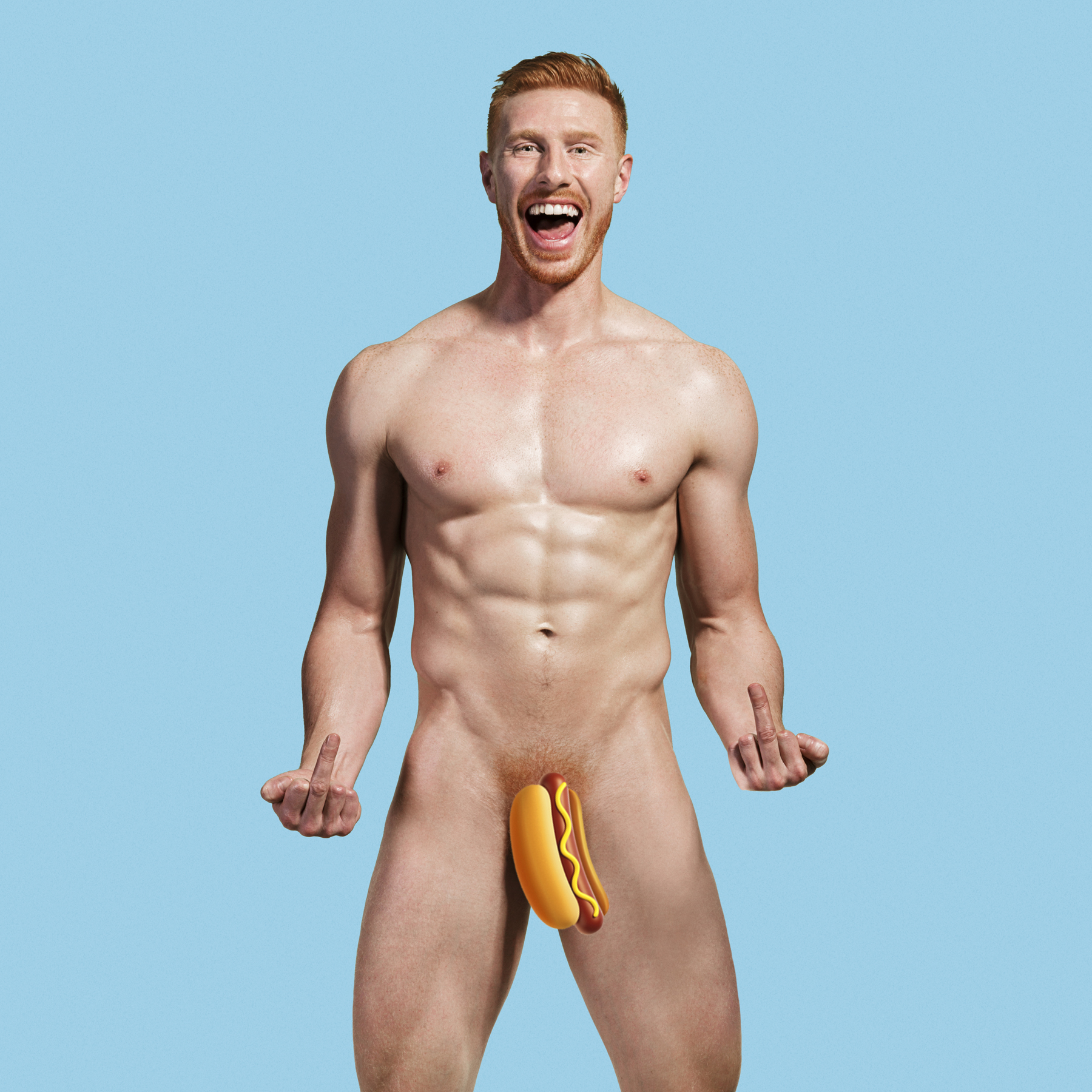 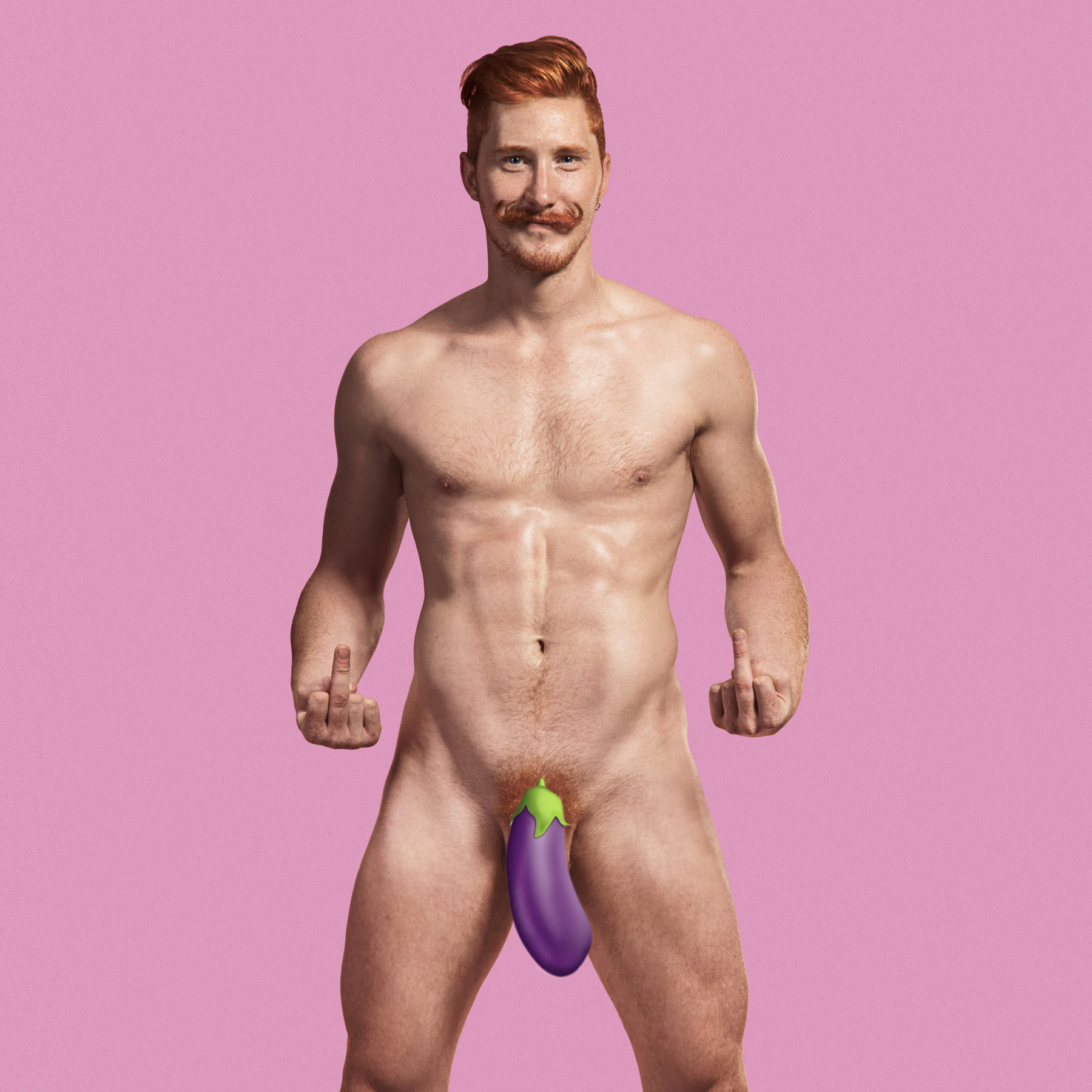 It’s often joked that because ‘God made people ginger, he gave them bigger dicks to make up for it’. Truth or BS?

From what I’ve seen this year, its pretty much truth. They also have great personalities too.

Yeah, but nobody is buying a calendar for that [laughs]. You’ve really cranked things up a notch this year. What made you take the jump from NSFW-ish to totally NSFW?

Our fans have been requesting full frontal for ages. I actually shot 3 guys for the first exhibition in 2013 pulling down their underwear to show off their ginger pubes. I blew them up to 9 foot high and it became a real talking point back then.

The whole ginger pube thing is still used as a real put down to shame a ginger person – so it was a natural taboo we had to explore. We also are raising money for Movember’s Testicular Cancer awareness campaign so there is a point to seeing the junk. 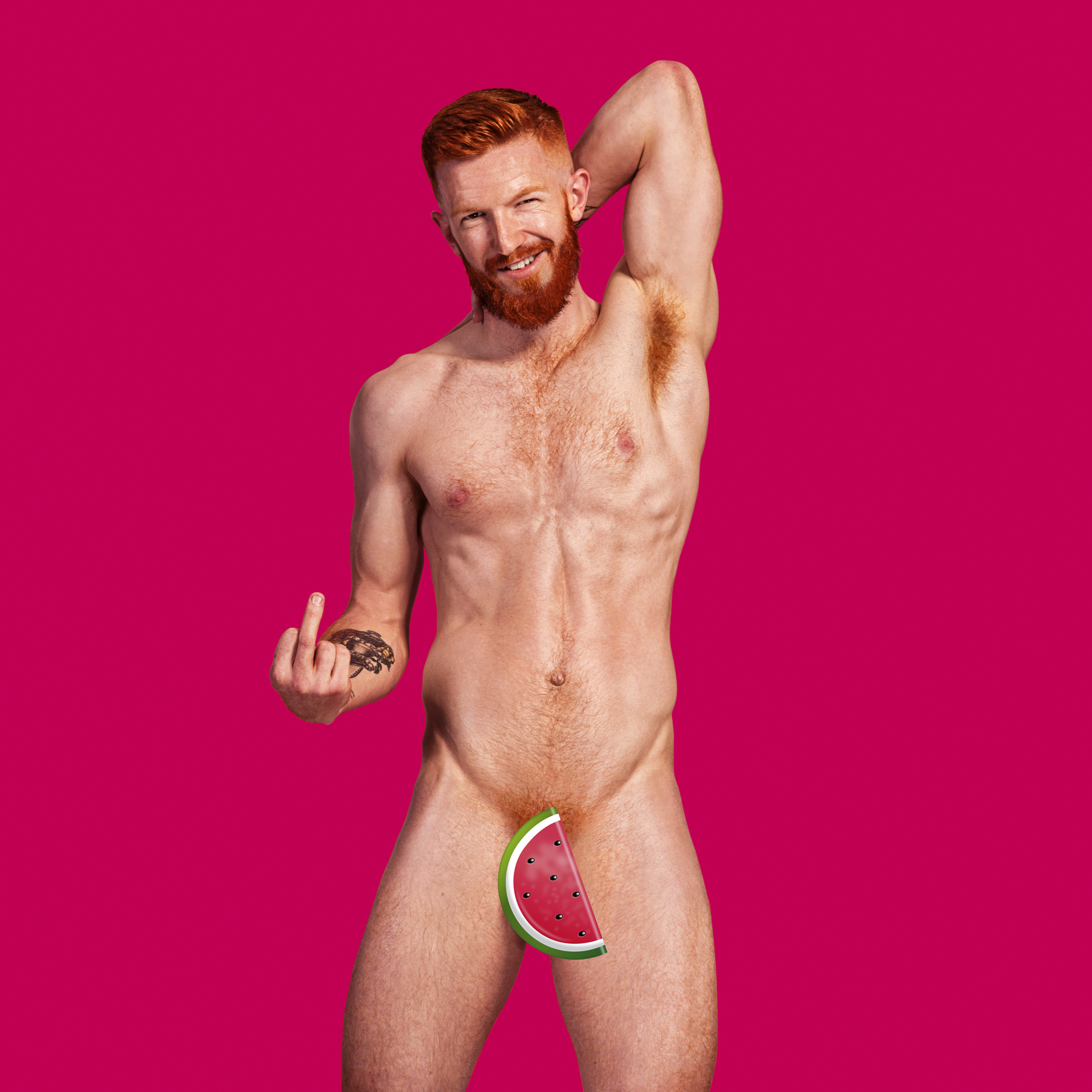 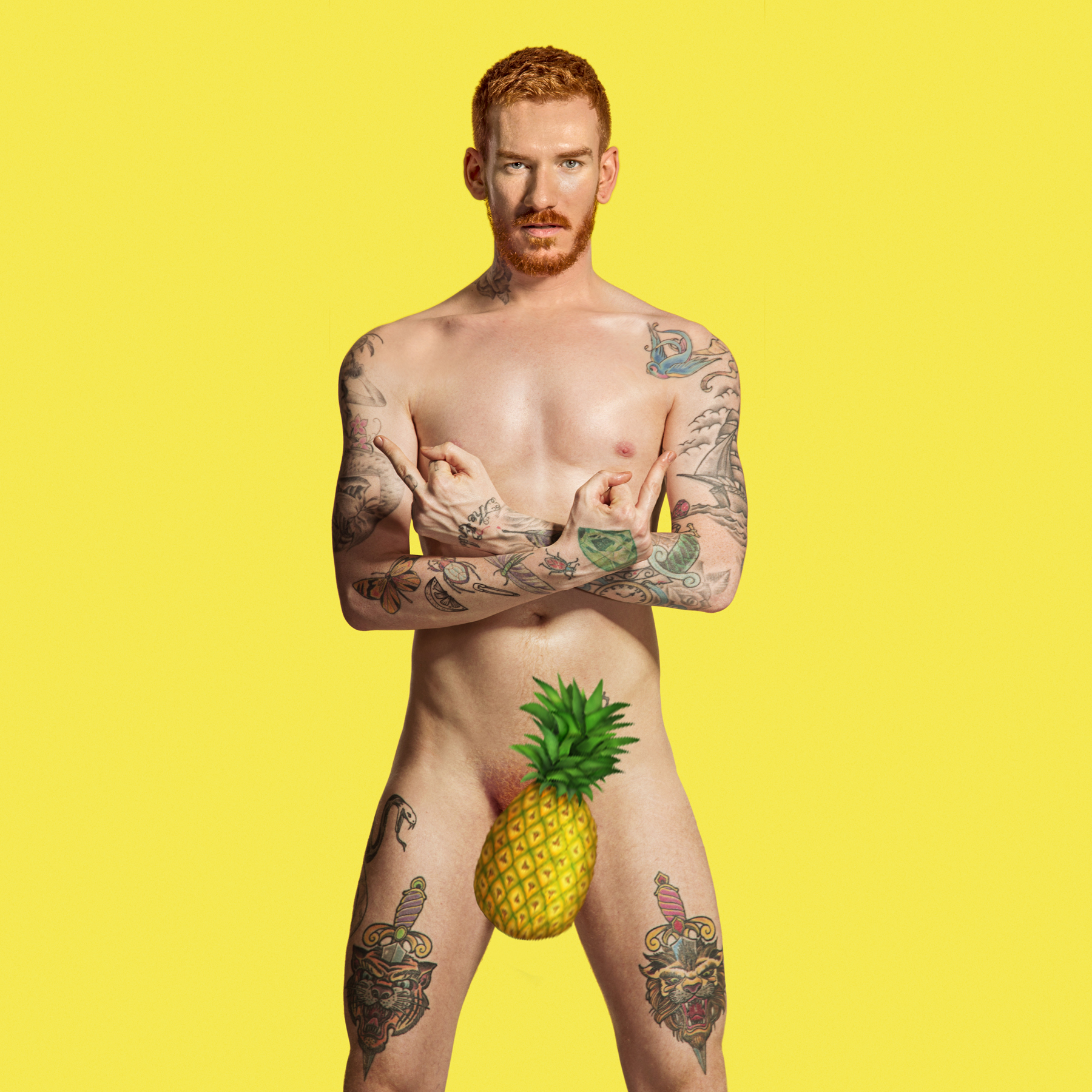 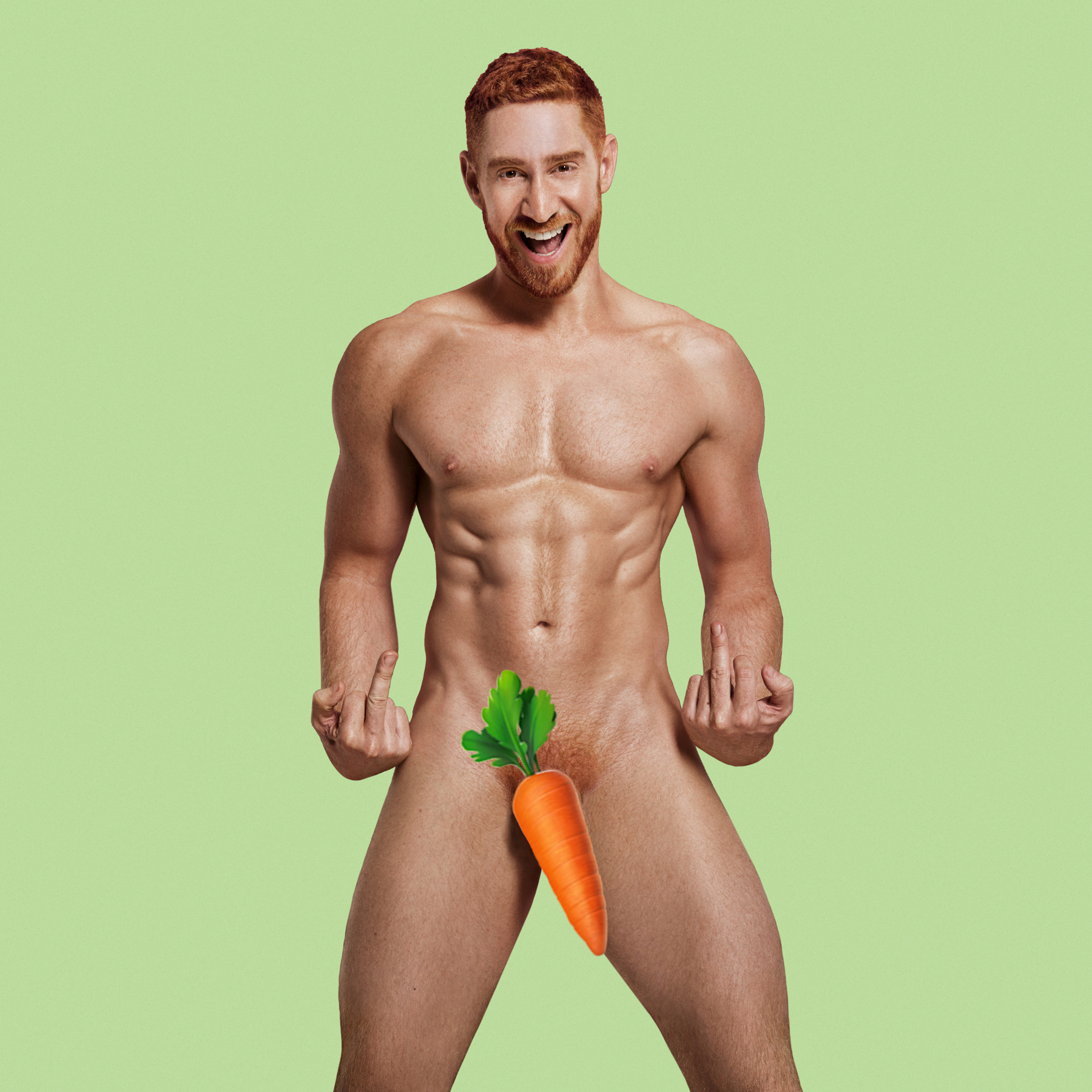 How do remain *ahem* professional when shooting your subjects naked?

We find it surprisingly easy, I’m totally in work mode and just want to get the shot. Elliott is busy making sure they pose right and everything looks good.

Do you have a way of easing them into the shoot?

At first I was the nervous one, but then I realised if I was nervous it made the models nervous, so I just pretended it was all super normal and ordinary and made jokes. By the end it really did feel totally normal.

We didn’t have long – like 20 mins with each guy. It was a case of them walking in, getting naked and lubing up with baby oil and then shooting. It was really fun.

We let them choose the music they shot too and closed off the shoot areas so it was just me an them for the naked part. I also directed a couple of fan heaters towards them, so everything was relaxed. We wanted them to look their best – full but not hard… so there was quite a lot of windmilling going on. 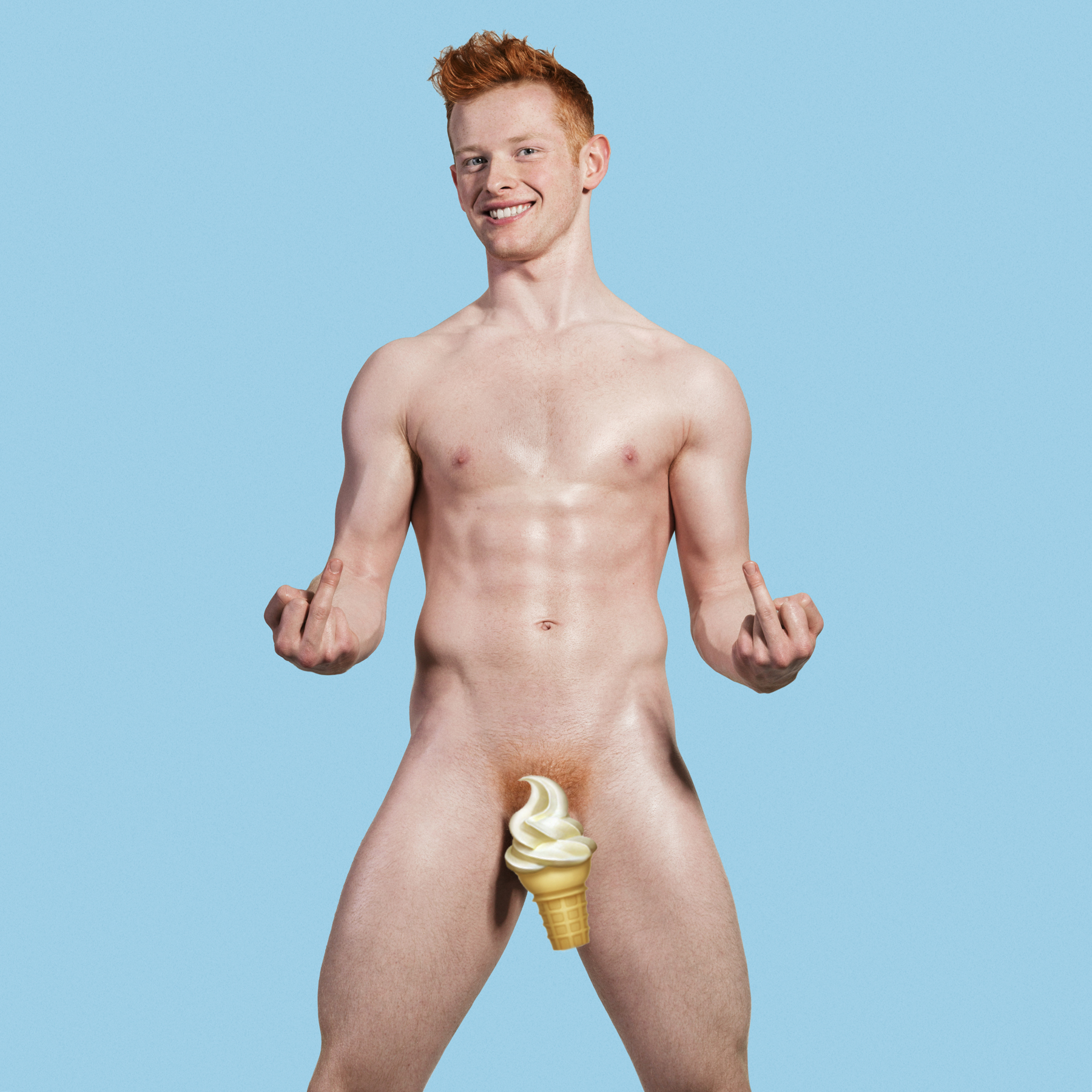 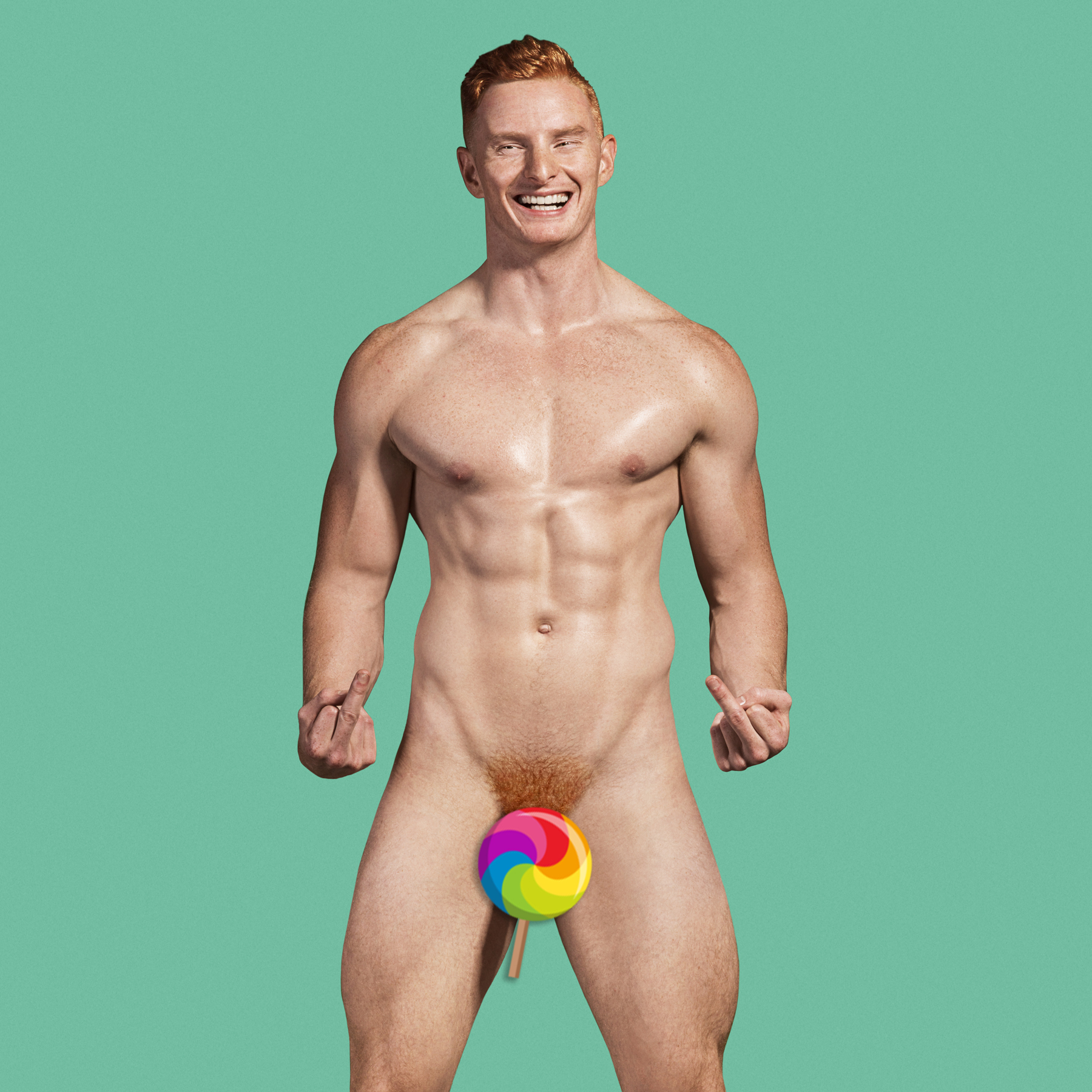 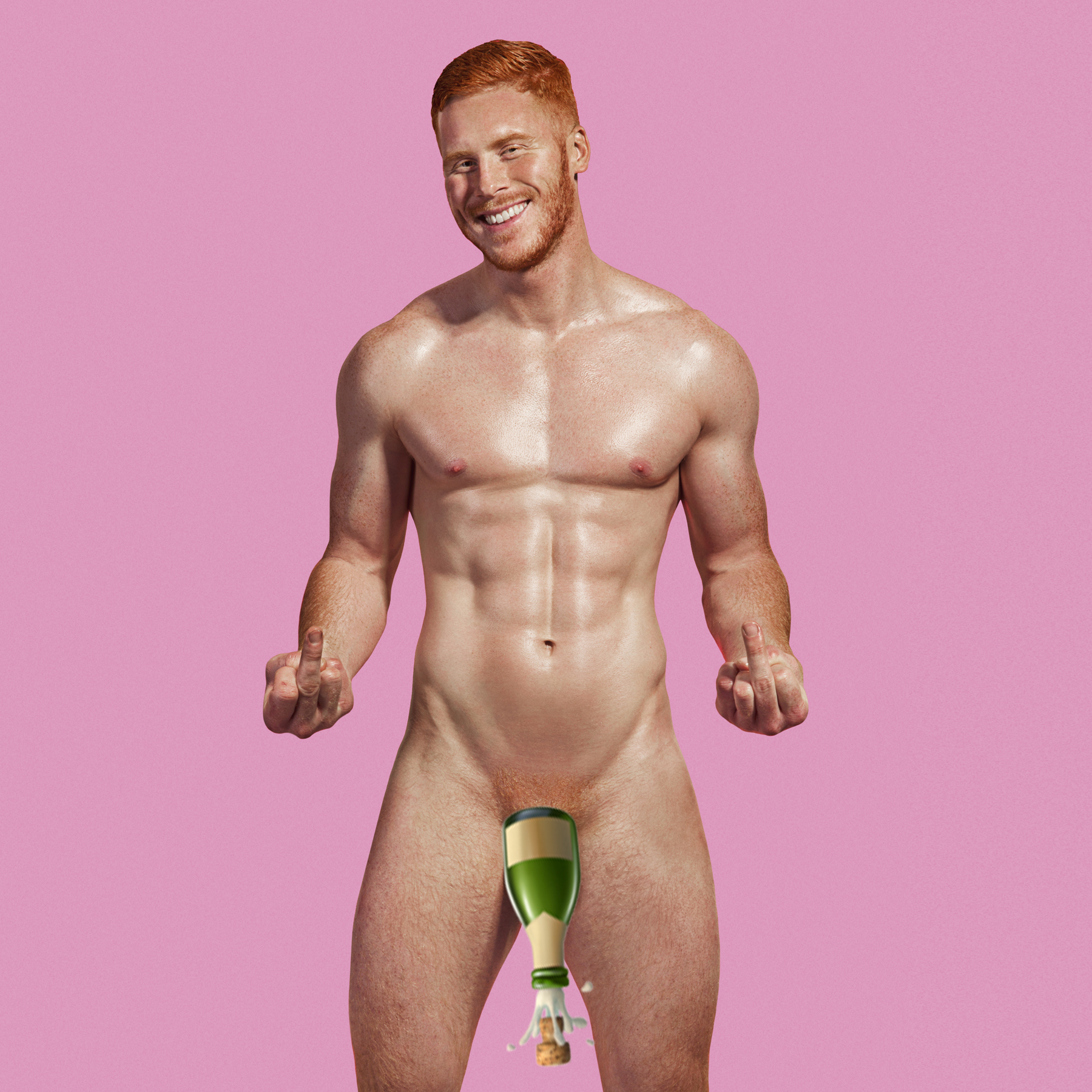 In your photos for this year’s calendar, all of the models are flipping off the camera/viewer. What’s the reason for this?

The only real way of doing it is to go full frontal, it’s a really confident ‘fuck you, here is my ginger dick’ statement to the haters. Once we get the point over to the ginger pube haters out there, this element won’t be so relevant.

It’s important they are all smiling, smirking or laughing, it’s not meant to be aggressive, it’s about empowerment and self confidence. 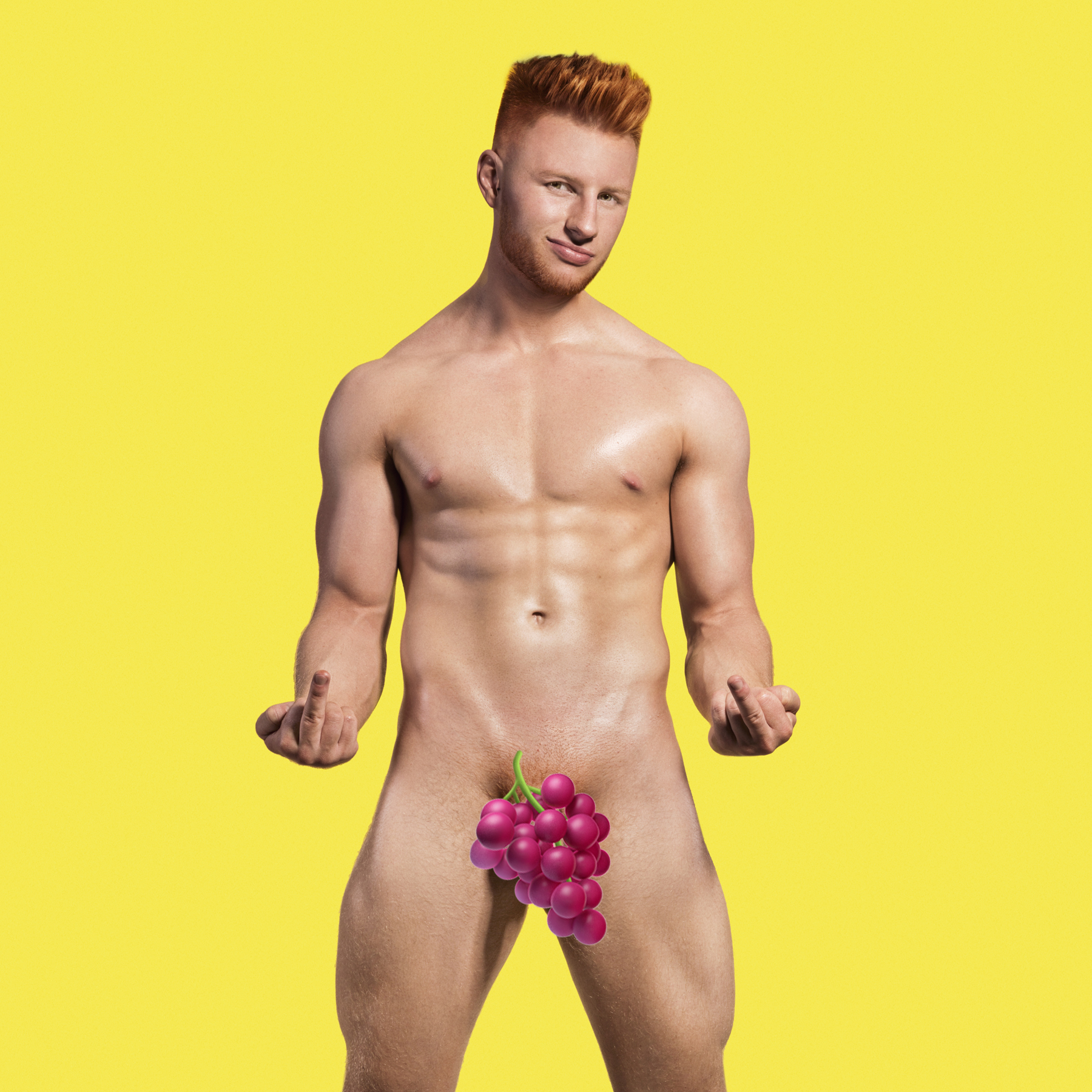 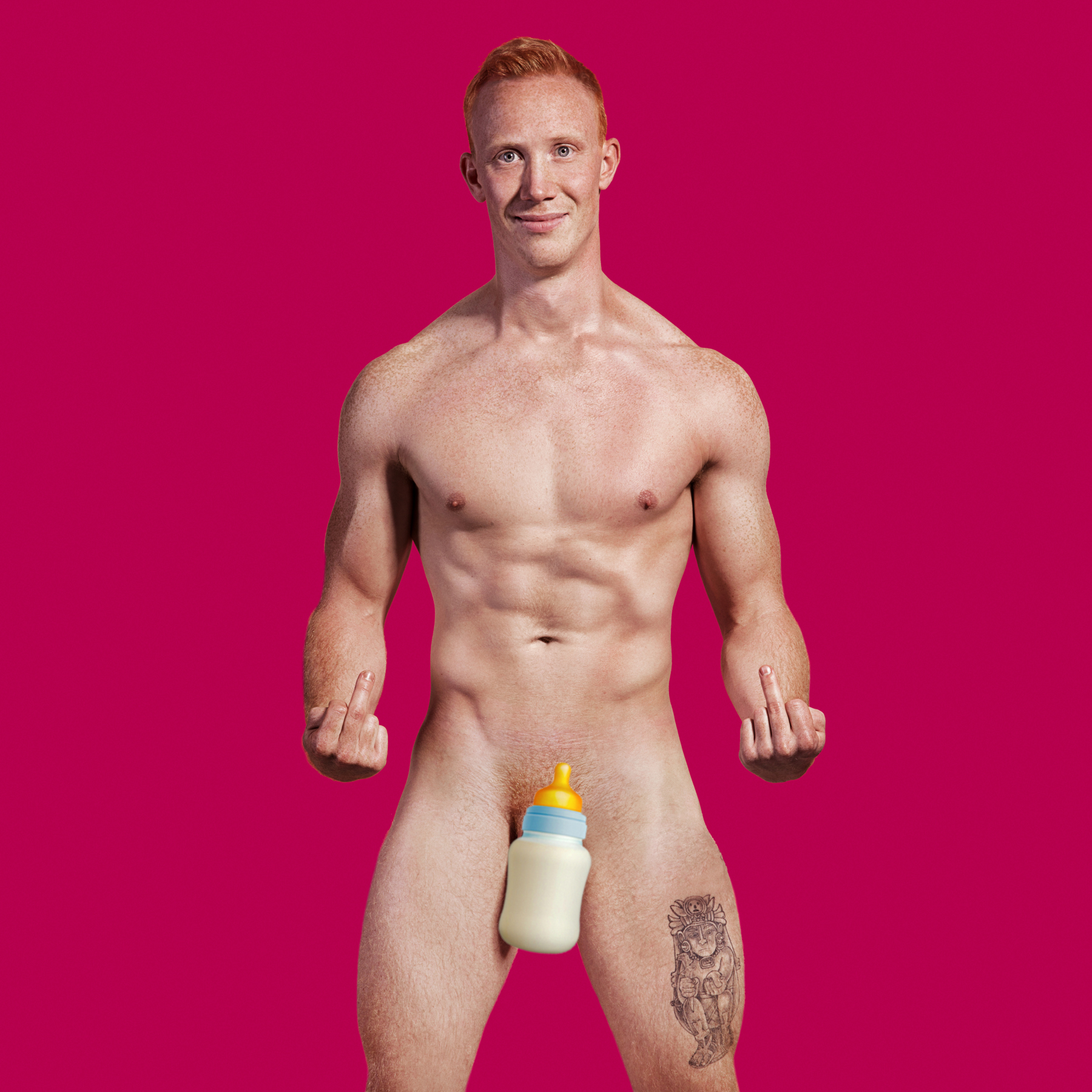 This year will undoubtedly be your biggest selling year so far – how will top yourself (excuse the pun), next year?

We are doing different nationalities every year – so this year was British Boys, next year is Red Hot American Boys. You know what the Americans are like, everything is bigger over there. 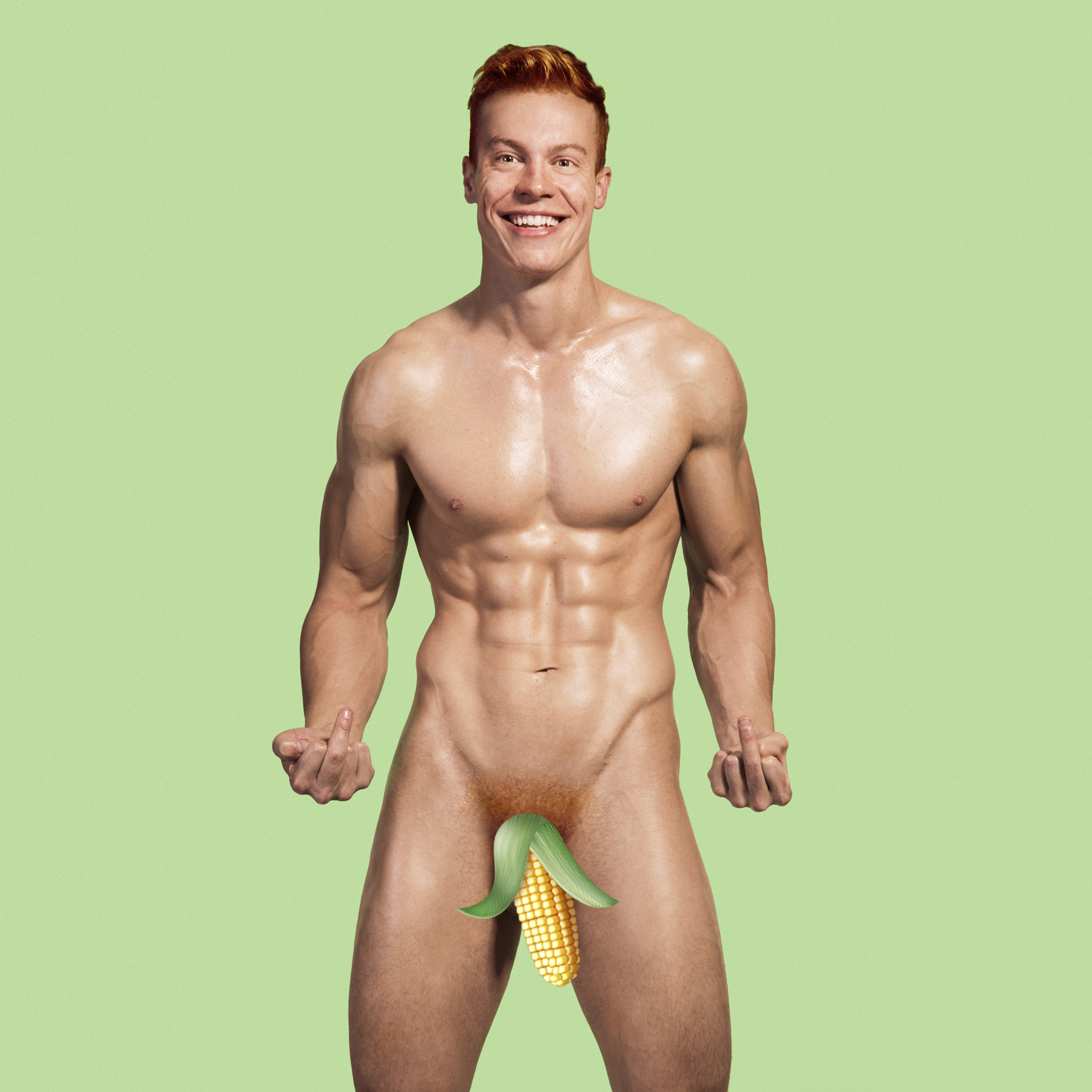 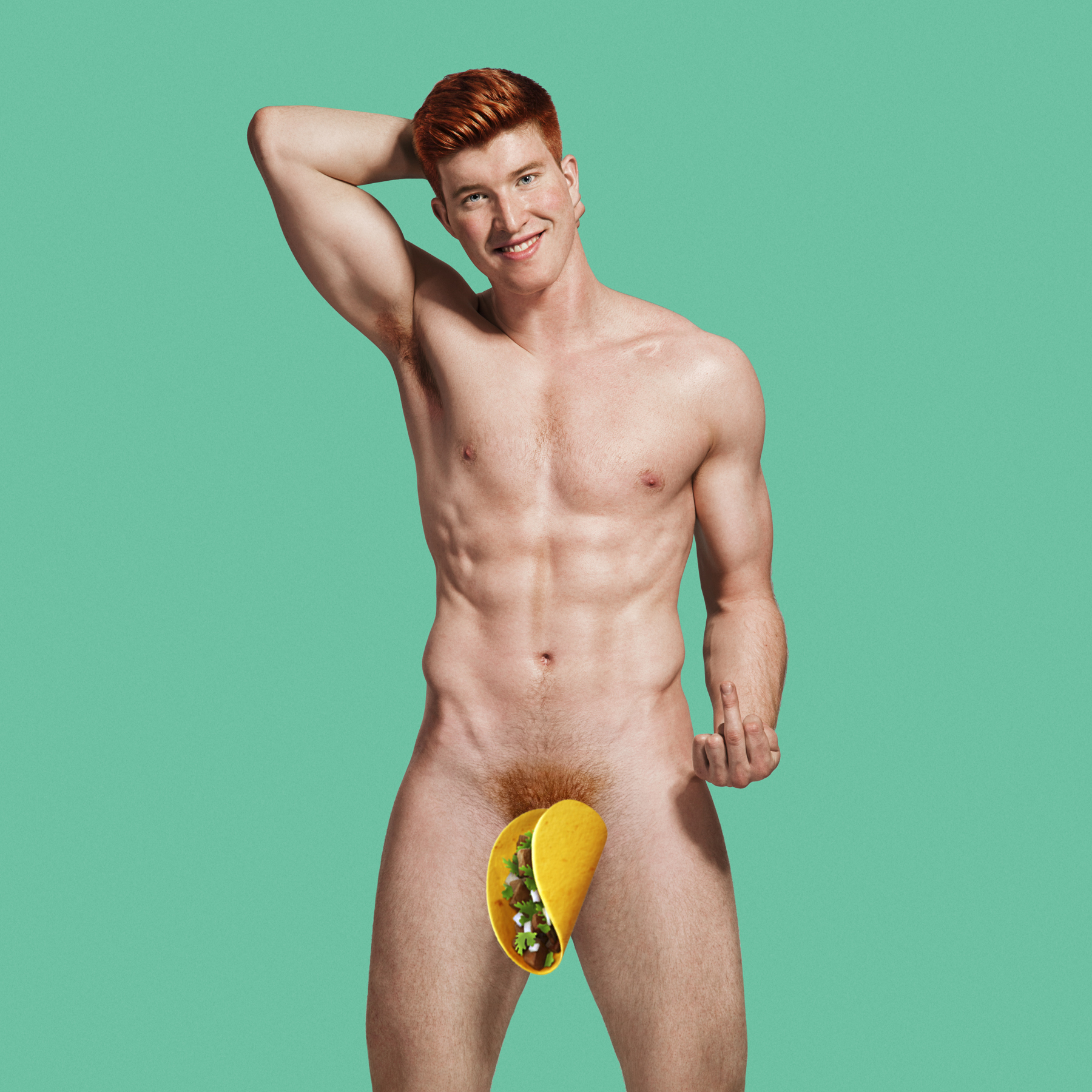 If you’d like to purchase a calendar and get it signed by the models in person. Head to Dollar Baby this Friday. Who know’s you might even get a real life sample… 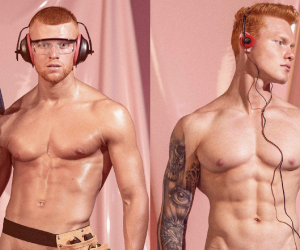 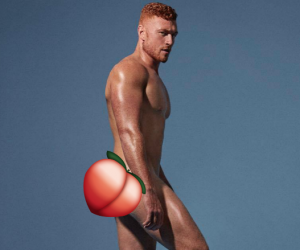 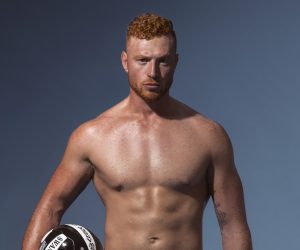