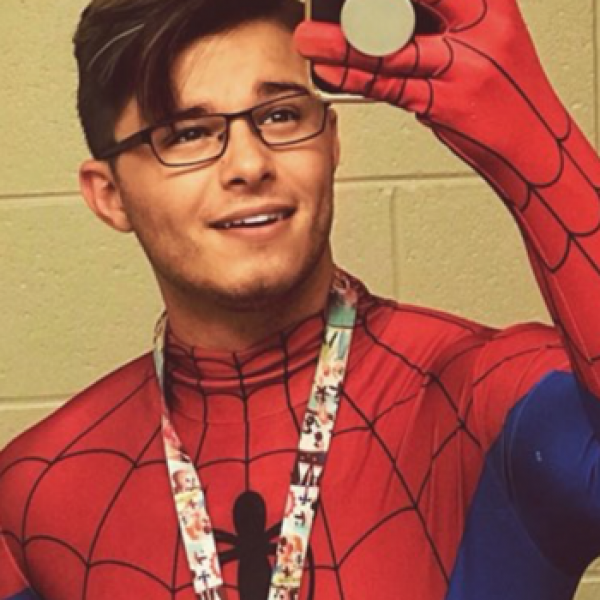 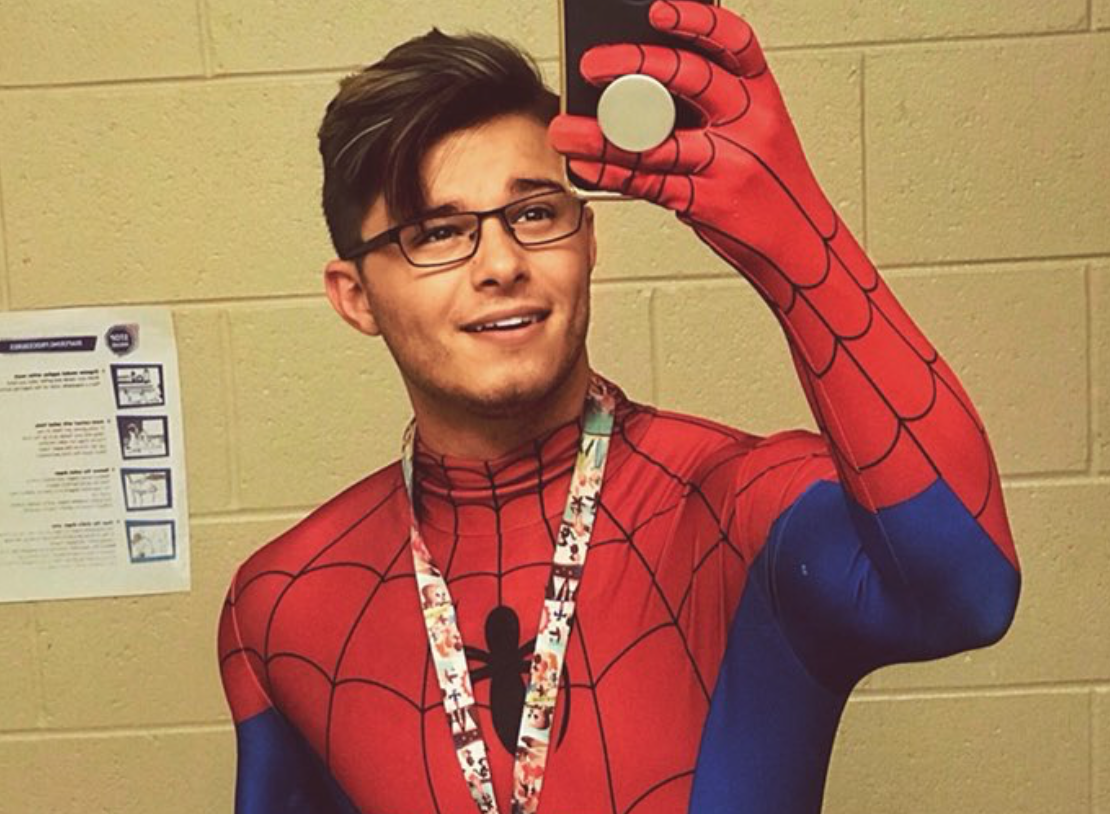 Remember is history when you’d get a boredom-stiffy? Well, we’re willing to bet a few students have had stiffies in this teacher’s class, but not because of the lesson content.

Tell Williams, a 26 year-old gay primary school teacher in Indiana, lets his student vote for his Halloween outfit each year, and then he complies! We’d have been voting for him to come as Adam (from the Bible)… Don’t get more naked than that.

He’s previously dressed up as Peter Pan, and Robin.

Naturally one might think that this eye-popping ensemble might have been a little inappropriate for a teacher of children, but he wore tracksuit bottoms over the top. YAWN… How you gonna shoot your web in those?! 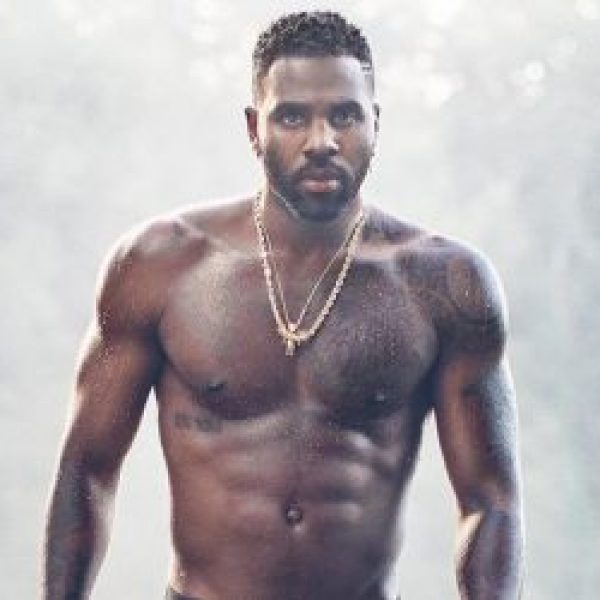 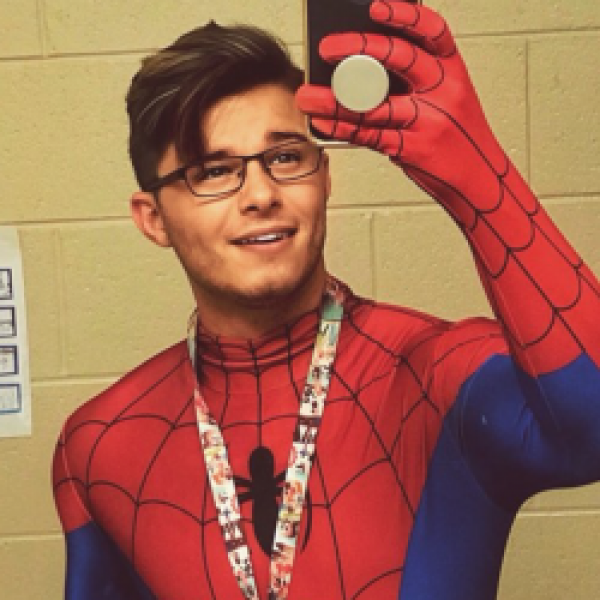 VIRAL: Sexy Spiderman Shoot will have your Spidey-Senses Tingling