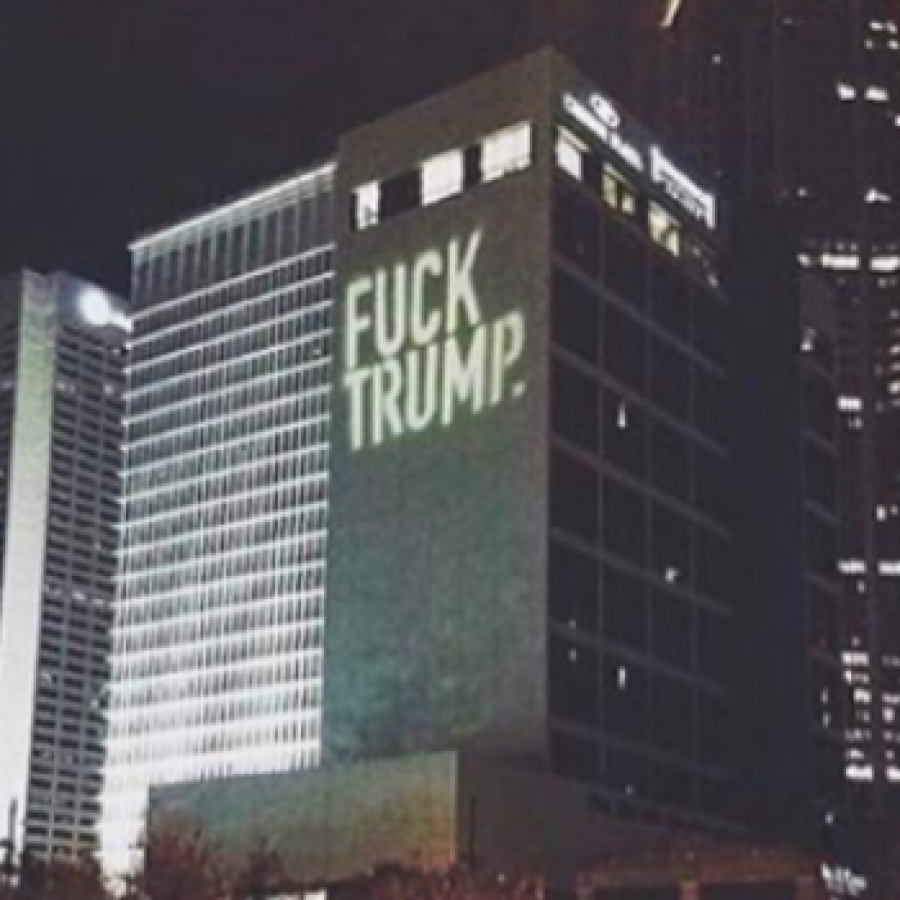 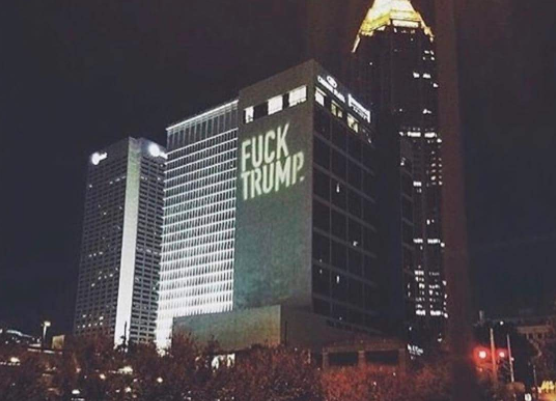 Another day, another Trump-opposer making their opinions abundantly clear, (yay!). A building in midtown Atlanta has had the words ‘Fuck Trump’ projected onto it.

And according to Rogelio Garcia, a lawyer out to impeach Trump, who tweeted the photo, the projection cannot be removed because it isn’t breaking the law. WHOOPS.

This comes, not long after a Twitter employee disabled the President’s account on his last day of work.

Meanwhile in midtown Atlanta, on the Crowne plaza hotel, someone has been projecting this on the building. Apparently, the police can't stop it as they are not breaking the law. pic.twitter.com/gahAJPJTAX