VIRAL: Gay Guy’s Sketch About Wanting to be a Female Superhero as a Kid is Going Viral 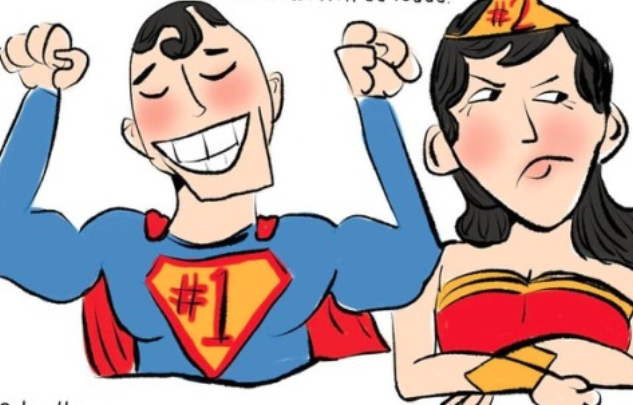 Damien is a writer and cartoonist, currently working on an MFA, while posting some his works to his Tumblr account. And though his degree isn’t over, he’s attracted the attention of hundreds of thousands online already.

He recounts being at school and admiring female superheros, in this case, Matilda. Throughout his work, Damien analyses the undertones of being taught what is OK for a girl, and not OK for a boy – and the effect this goes on to have on the way that we view women in society.

Many of us growing up were probably nudged towards boys toys and away from anything ‘girly’, not only is it something that from an early age begins to dig at our self-worth (believing that there’s something wrong with our natural desires to play with certain toys or to look up to certain idols), but it reinforces the stereotype that men are not only stronger than women, but more valuable.

Check out his Tumblr for more. 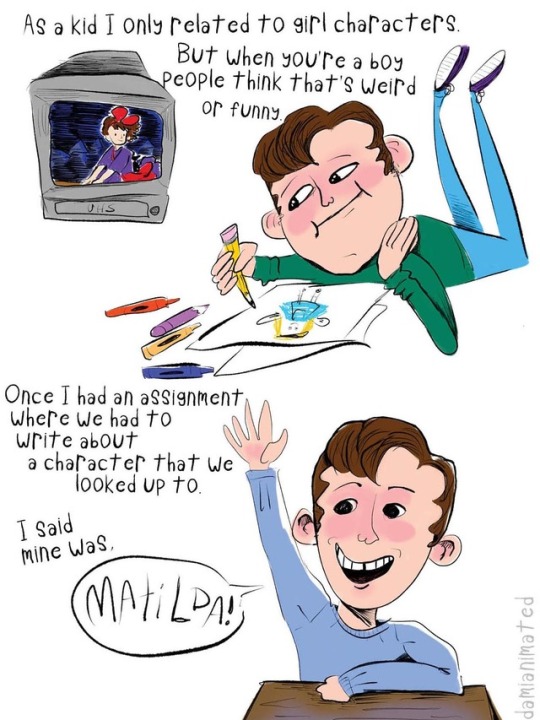 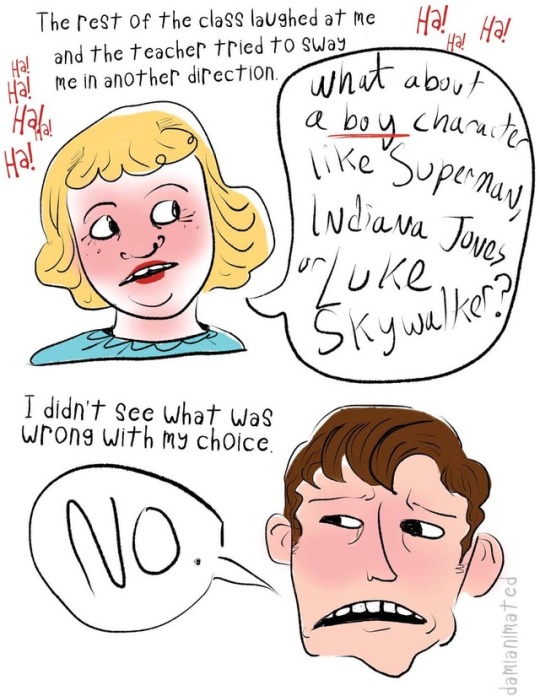 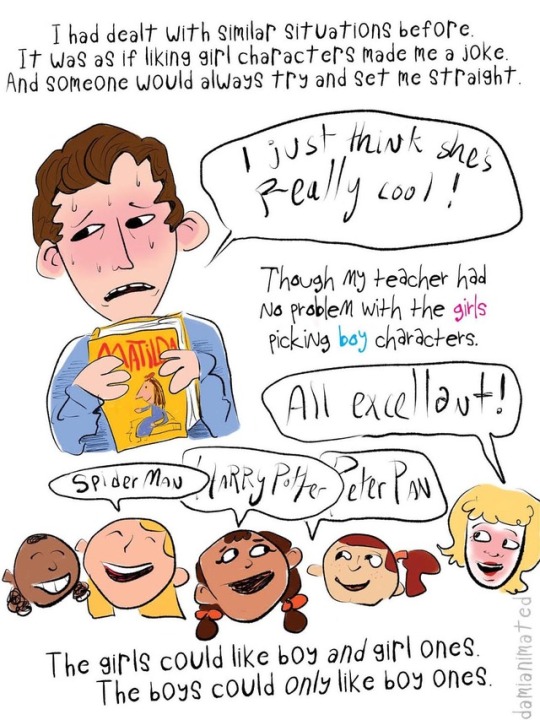 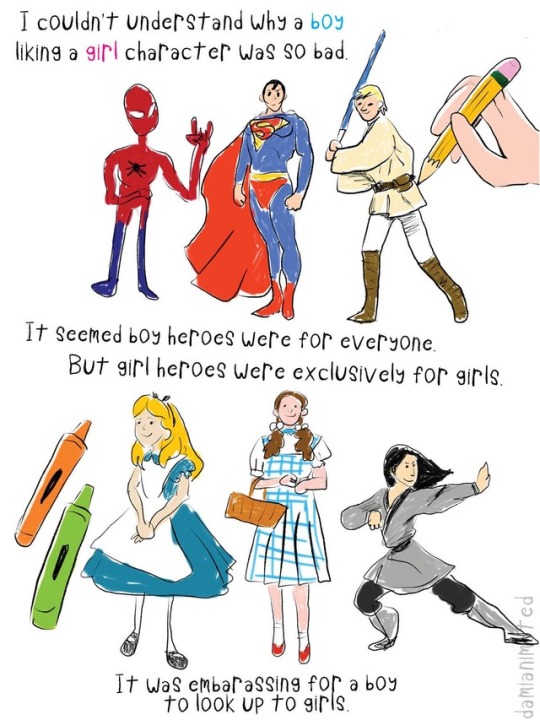 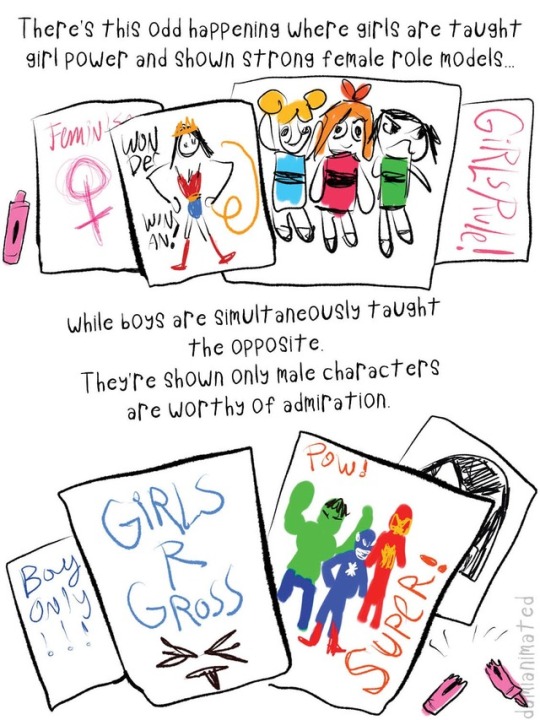 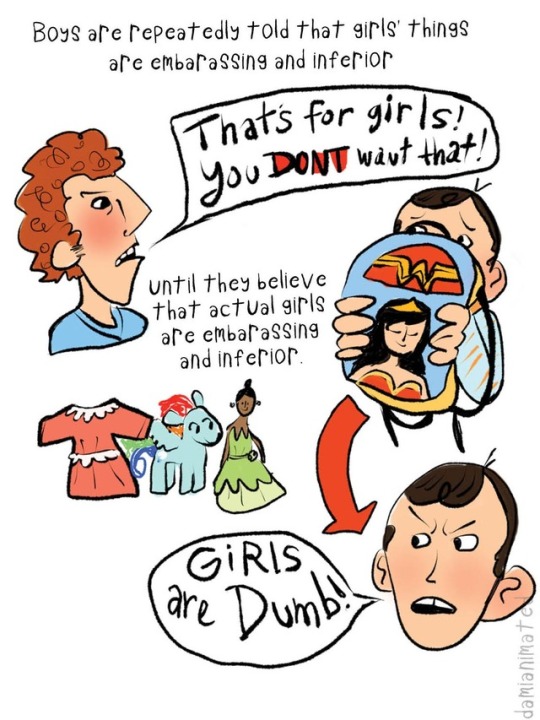 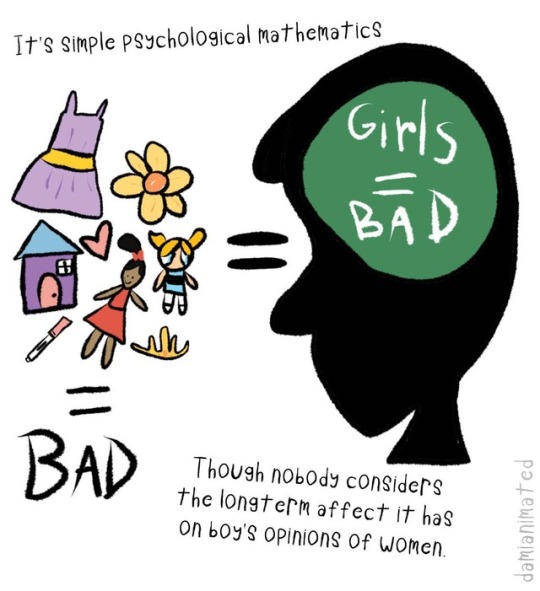 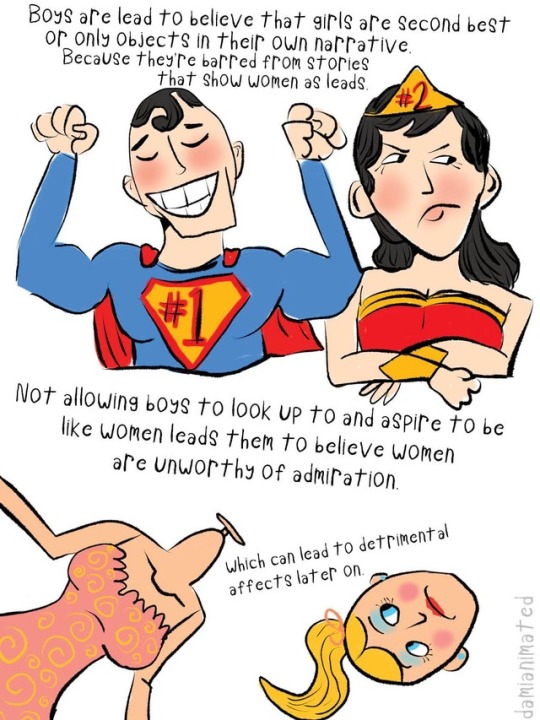 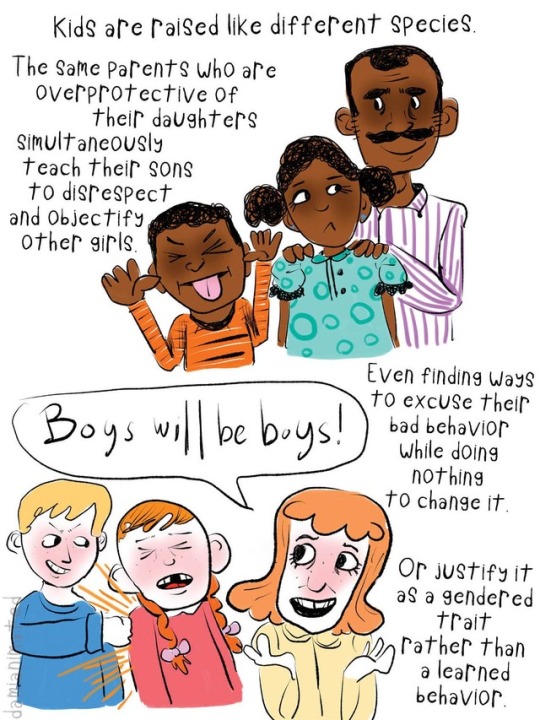 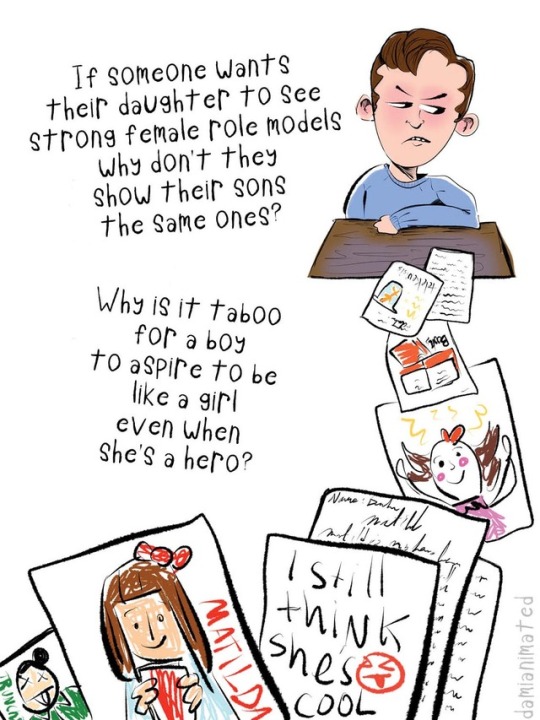