Kevin Spacey Coming Out isn’t News, His Feeble Excuse for Preying on a Minor is 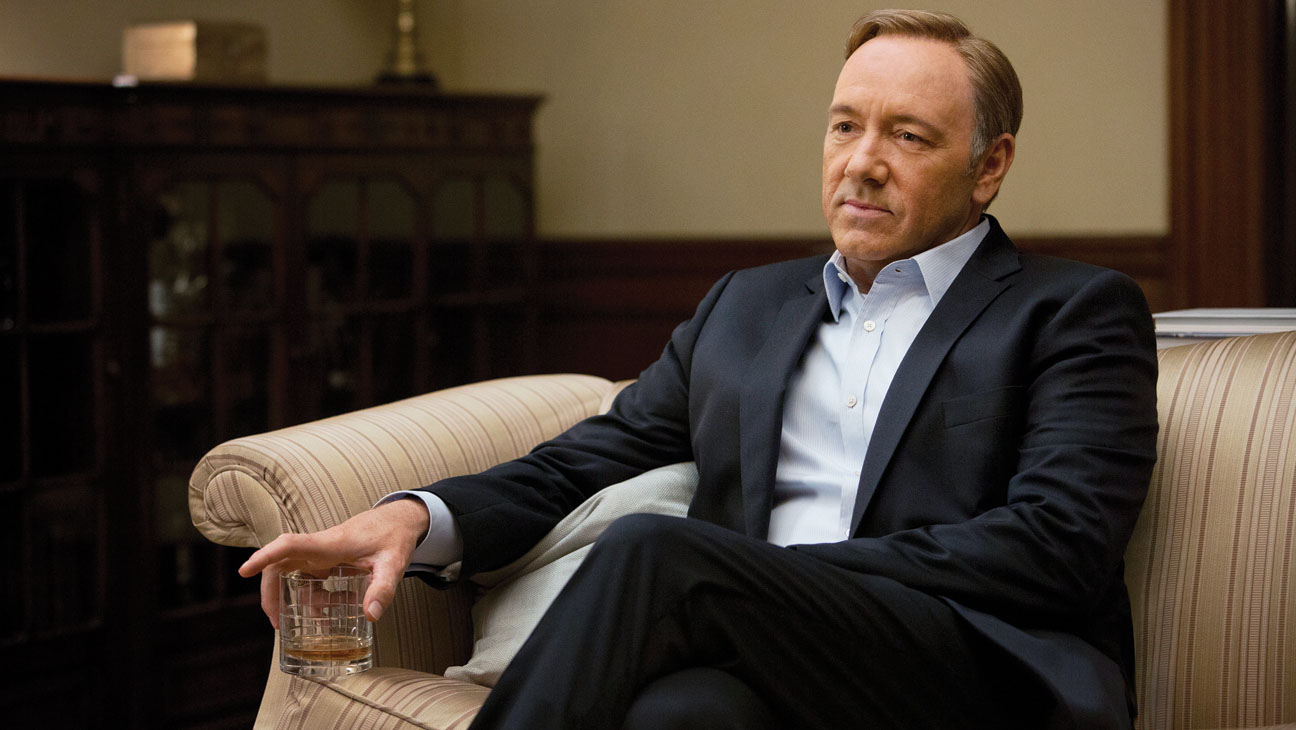 As you’ve probably heard by now that Kevin Spacey has been accused of making a ‘sexual advance’ on actor Anthony Rapp, when he was just 14.

Spacey apologised for the incident, claiming that he can’t remember it.

“I honestly do not remember the encounter… but if I did behave then as he describes I owe him the sincerest apology.”

“He picked me up like a groom picks up the bride over the threshold. But I don’t, like, squirm away initially, because I’m like, ‘What’s going on?’ And then he lays down on top of me.”

“I was aware that he was trying to get with me sexually.” He said he felt Spacey “pressing into me” and “tightening his arms.”

Rapp told BuzzFeed he believed Spacey was trying to “seduce” him, but that he was able to “squirm” away soon afterwards, locking himself in the bathroom before telling Spacey he was leaving.

But in making a statement in response to these claims, Spacey went on to use this moment to come out of the closet, after years of avoiding questions about his sexuality. Naturally infuriating the gay community for tying in his sexuality to same song as the sexual abuse.

Many social media users calling him out for fueling the ignorant stereotype that the two are linked.

I'm not interested in Kevin Spacey being gay. I'm curious as to why we're conflating sexuality w/ the molestation of a minor. Stay on topic

But what is perhaps most striking about the Spacey controversy, is that many of the mainstream media have decided to cover his coming out, and not his coming on to a minor. We’ve known Kevin Spacey was gay for years, but we didn’t know that he’d attempted to ‘seduce’ a 14 year-old. 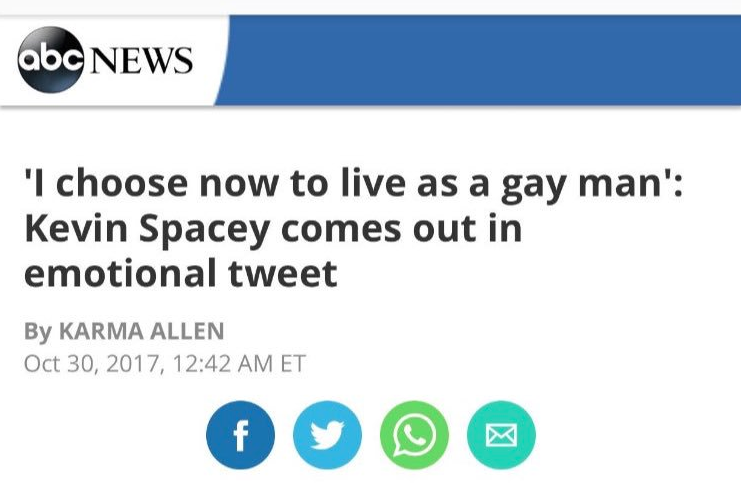 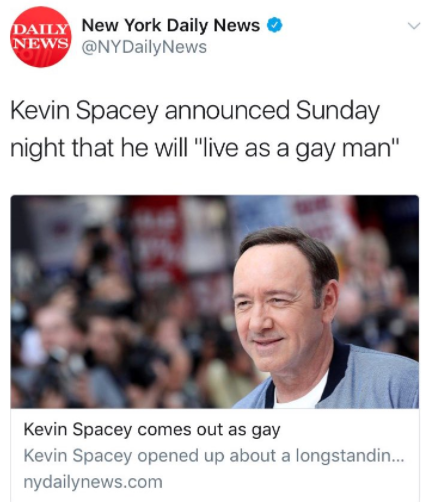 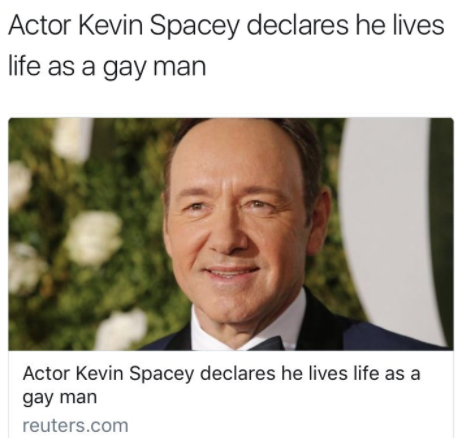 This is not the news we should be discussing. But this is exactly what he had hoped to achieve by conflating the two topics, that headlines would pander to him, finally coming out after all these years, instead of the fact that he “drunkenly” made advances on a child.

It’s not like you have a few whiskeys and suddenly start fancying kids.