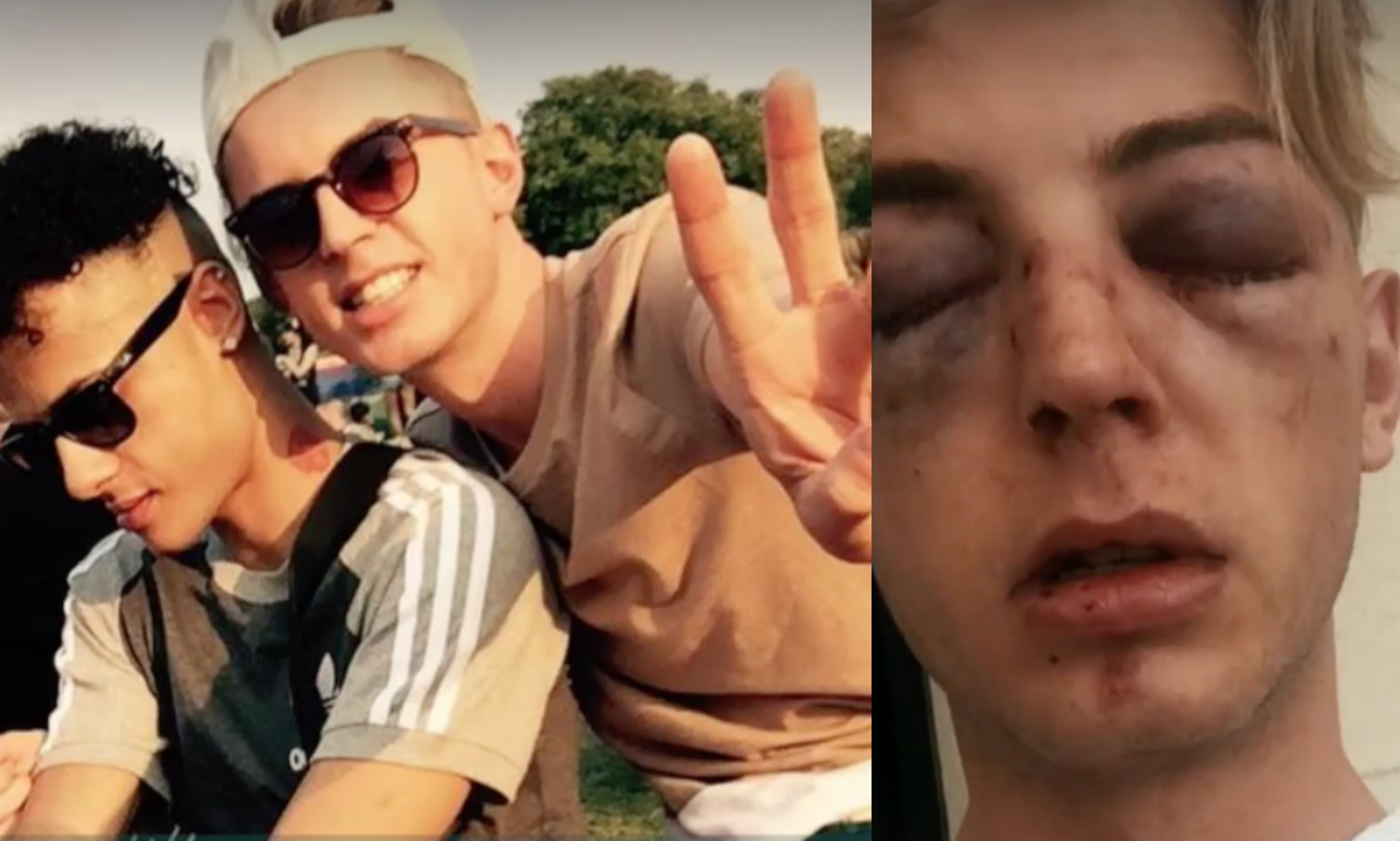 James and Dain were “besotted” from the start with each other. But their love story was about to take a horrific turn when the pair were on a night out in Brighton. The couple recount their story in a video shared by BBC Sussex, which details how they were followed out of a club and beaten. Dain nearly lost his sight, and the incident has impact both of them – physically and mentally.

We may have come a long way in the past 50 years, but this only proves that LGBT+ people are still not fully accepted in mainstream society, and if we want to be able to walk our streets safely, and not live with the fear that this could one day to any of us – we still have work to do.

Beaten up for being gay

Beaten up for being gay – James and Dain were enjoying a night out together when they were followed out of a nightclub and attacked. The assault has left physical and emotional scars.