VIRAL: Forget his Fists, Conor McGregor’s Bulge is a Knockout 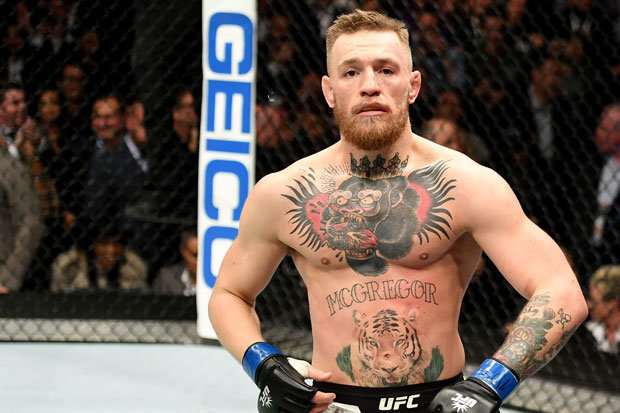 So he may not have won the fight against Mayweather, but Conor McGregor has still won the thirst of gays and women everywhere. And while most people were talking about the fight itself, there were a select few that couldn’t get their eyes off McGregor’s prize. And to be fair, he might have had a better chance of knocking him out if he’d have dick-slapped him.

One Twitter user joked, “This is definitely the hardest opponent Floyd has ever faced”, underneath a snap of the Irish boxer’s hefty bulge. Yeah, that’s gonna add a few pounds to his weigh-in. Looks like he’s just grabbed a slap of beef of the butcher’s scales and shoved it down his Calvin’s as an intimidation technique. We’re gonna need proof it’s all legit.

I mean, maybe he was just really excited about the fight. Watch the footage below… 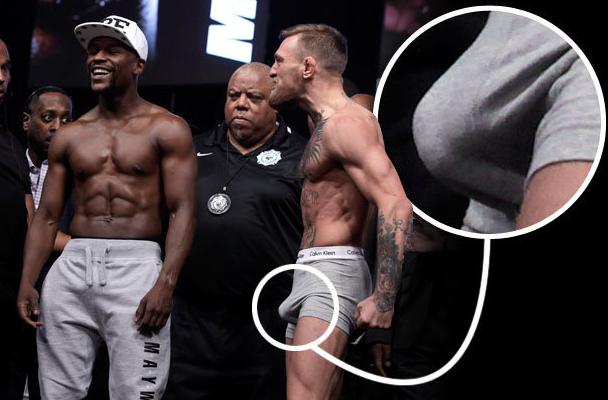 This is definitely the hardest opponent Floyd has ever faced. pic.twitter.com/CLS7arQOkN