NEWS: Gay Lions Make Headlines Mating, Fag Hag Lioness is So Over it 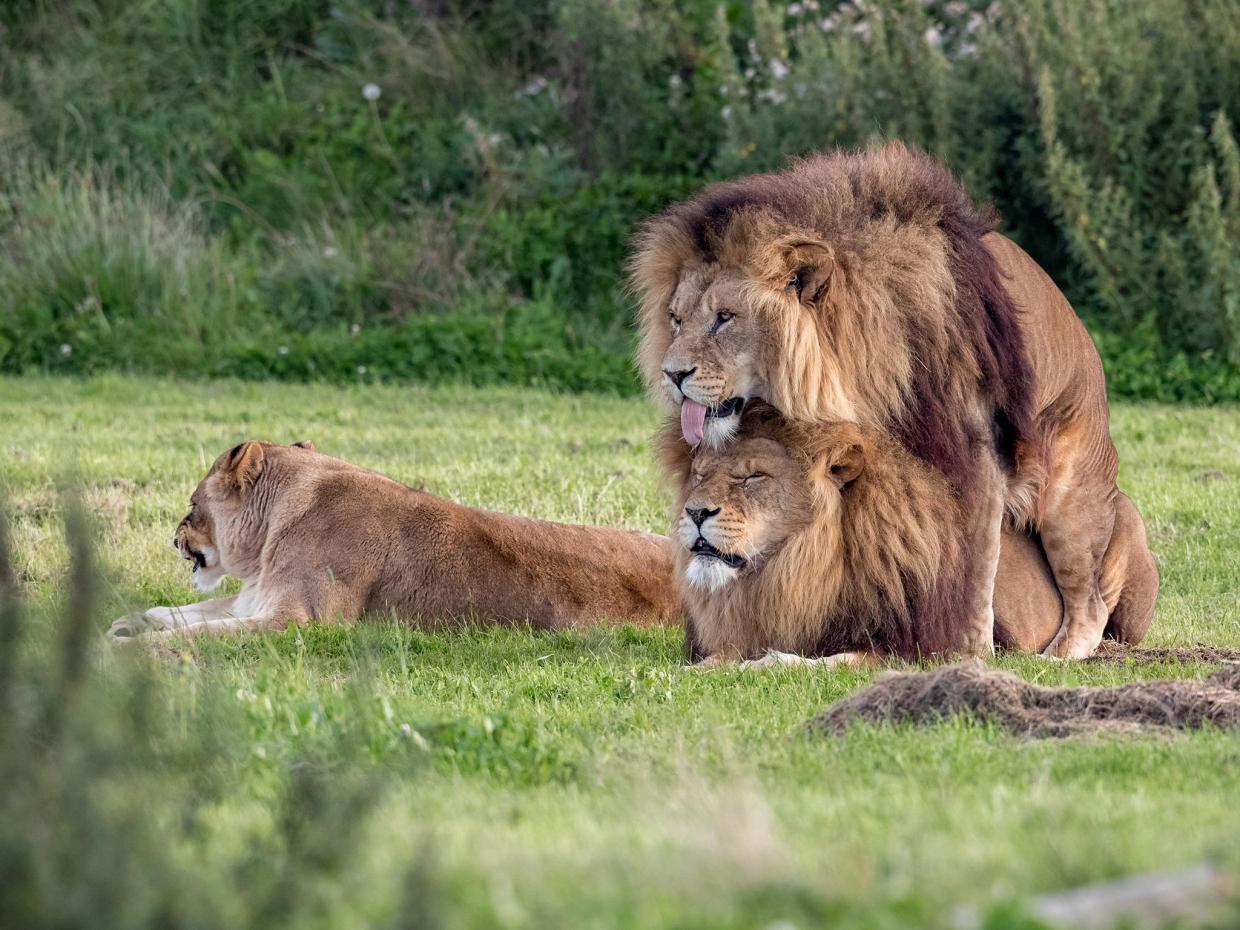 A pair of lions have made headlines for getting jiggy with it, at a zoo in Doncaster. Photographer Russ Bridges was there to capture the moment when one male lion pinned another down, despite the lioness being nearby.

Bridges reports, “I think it was a bit of a ‘should have gone to Specsavers’ moment as the lioness was just lying there next to them.

“In fairness though, every time a male went near her she snarled and swiped their faces with her paw.

What Russ found most amusing about the picture was the way the top got his end away with his tongue dangling out of his mouth. That’s how you know the hole good. As the bottom went on to roar in ecstatic pleasure, the lioness looked off disinterested in another direction. She must feel how the girls do at the after parties do when all the boys gets hypnotized by Grindr. 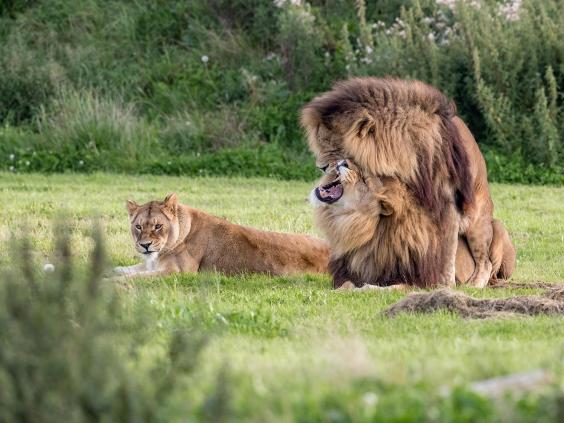