GOSSIP: Aaron Carter to Star as Karen’s Car-Crash Cousin on Will & Grace 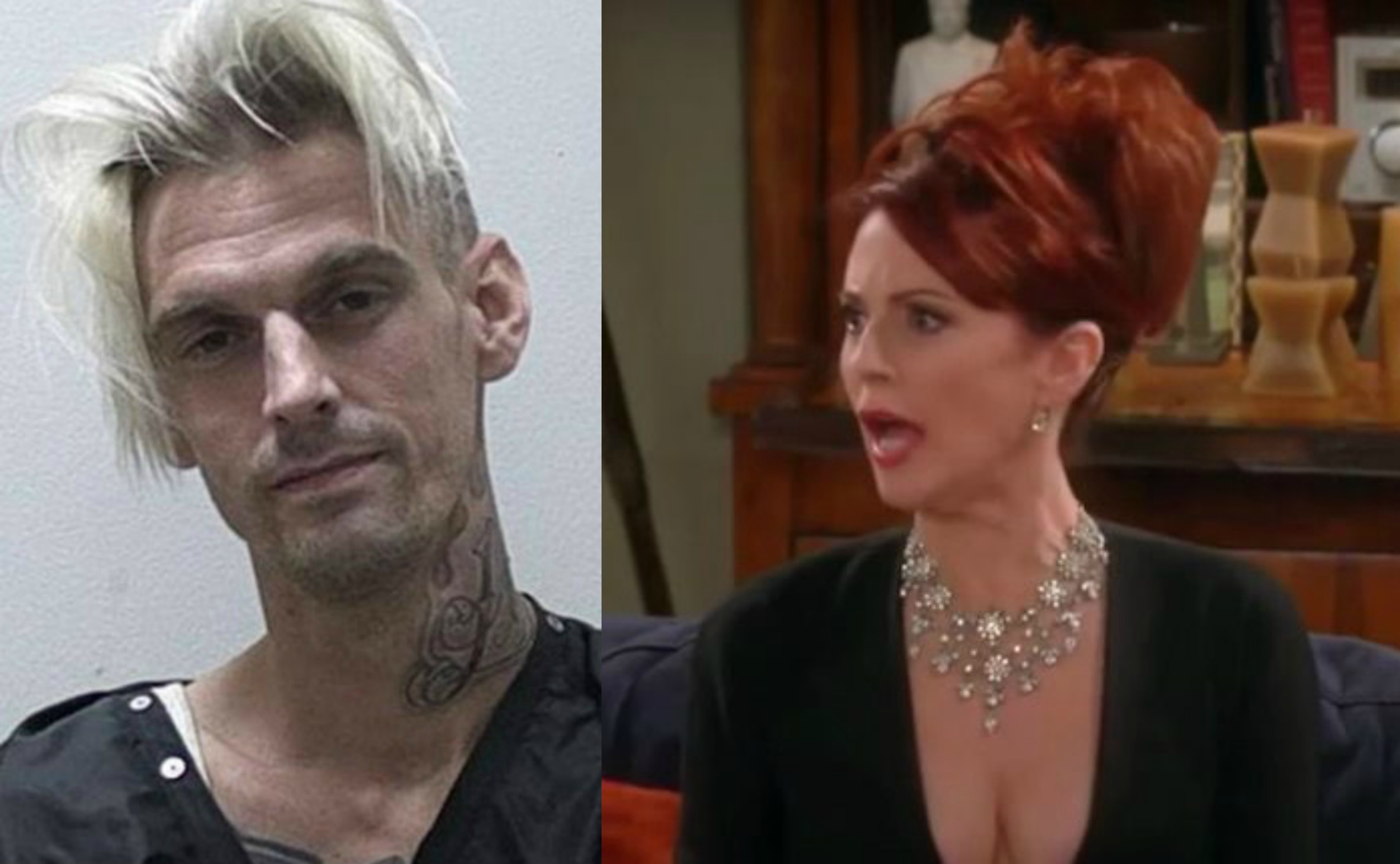 It’s just days since Aaron Carter came out as bisexual on social media. Just incase you were M.I.A, here’s a re-cap:

“There were years that went by that I thought about, but it wasn’t until I was 17-years-old, after a few relationships with girls, I had an experience with a male that I had an attraction to who I also worked with and grew up with.”

Since then, he’s lined-up – not on a toilet cistern – but a string of upscale gigs, including Hamburger Mary’s in Florida. The event is ‘almost sold out’ according the Carter’s Instagram. And at $10, entry will cost you less than a meal! Bargain. Wonder if he’ll run round and grab tips like the drag queens. (Or will it be the shameless queens running up and grabbing him).

But he’s not stopping at quarter pounder concerts, Carter has his eye on a cameo on Will & Grace. We’d say we need to see some acting credentials first, but that didn’t stop Britney Spears. In a Twitter exchange with the NBC comedy account: 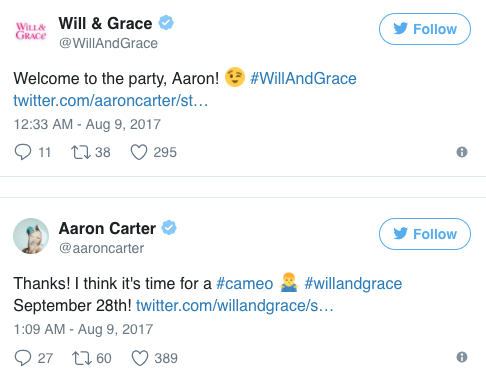 We can already see it now, Carter as the cousin led astray by boozy aunt Karen, who after being neglected by his older “too famous” brother when he gets a DUI (true story) is left for Karen to whip into shape.

We’ll even kick y’all off with a one-liner: “Aren’t you fags supposed to smoke poles, not pipes?”